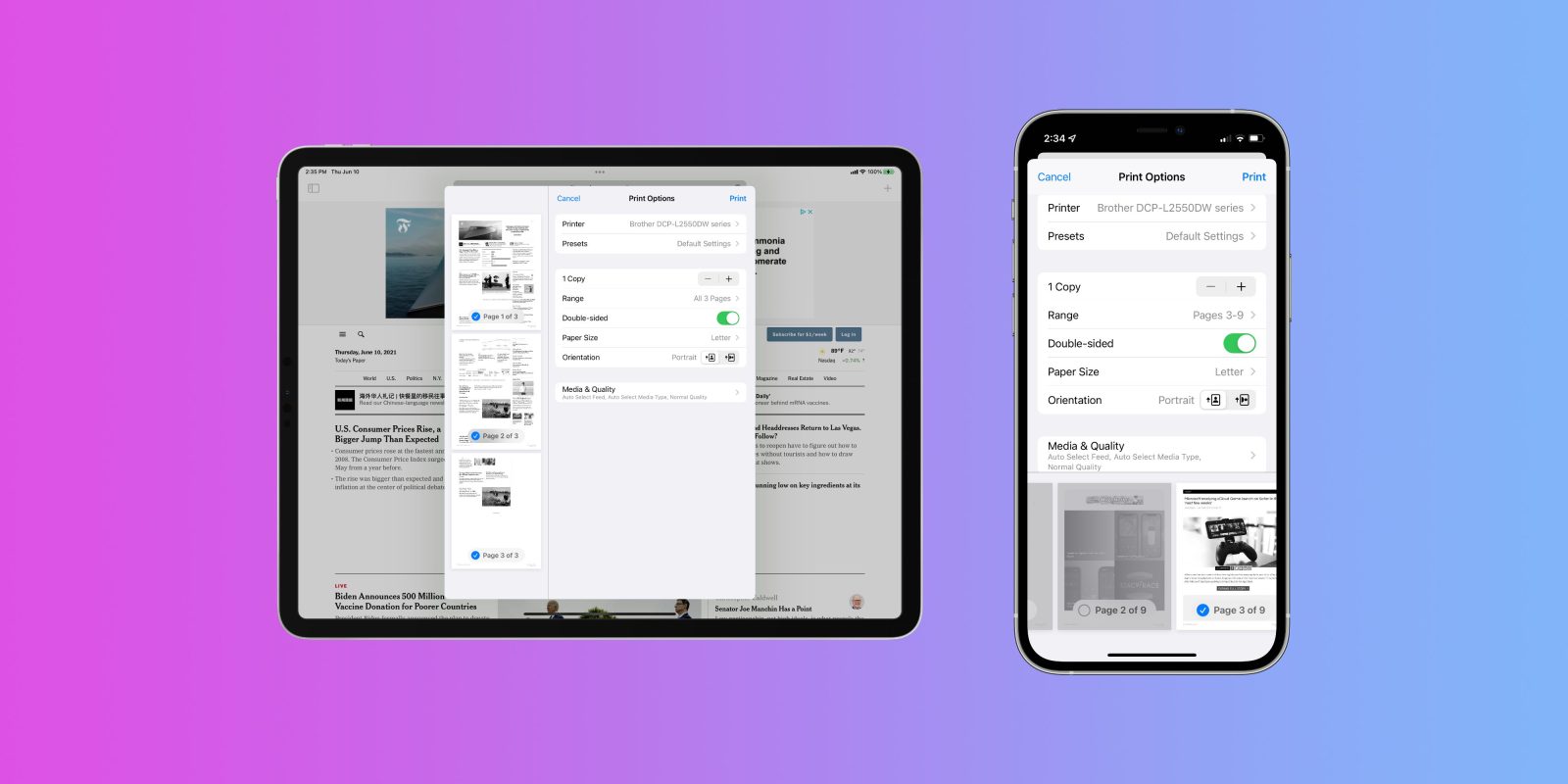 In addition to headlining features like a dramatic update to FaceTime, SharePlay, and more, iOS 15 includes a variety of smaller quality-of-life improvements. Head below as we highlight changes to AirPrint, the Find My app, and more.

The Find My application is all-new in iOS 15, including support notifications when you leave an item or device behind and home screen widgets. Another new feature that has gone under the radar is support for viewing live locations of friends and families in the Find My app.

See your family and friends’ locations with continuous streaming updates. This provides an immediate sense of direction, speed, and progress when viewing people’s locations.

In the past, the location of friends and family in the Find My app would only update periodically. iOS 15 and iPadOS 15 take this to the next level with the new live locations feature.

Apple has given the printing interface a dramatic overhaul with iOS 15 and iPadOS 15. Now, when you print a document or webpage, you’ll have various new options, including presents, copies, orientation, and more. This is a rare update to AirPrint that finally brings more powerful features to iPhone and iPad.

You can see it in action in the lead image of this article.

Now, when you open an application and it checks your location, you’ll see a more prominent icon in your iPhone or iPad status bar with iOS 15 and iPadOS 15. In the past, Apple has shown an icon in the status bar when location is in use, but putting the icon in a new bright blue background certainly attracts more attention to when an app accesses your location data.

Finally, Siri is getting an upgrade to allow you to control HomeKit accessories at a specific time of day. For instance, now you can say, “Hey Siri, turn on the lights at 6 a.m.” instead of having to set up an automation.

What are some of your favorite quality-of-life improvements in iOS 15 and Apple’s other new software updates? Have you spotted something new that hasn’t received much attention yet? Let us know down in the comments or on Twitter.