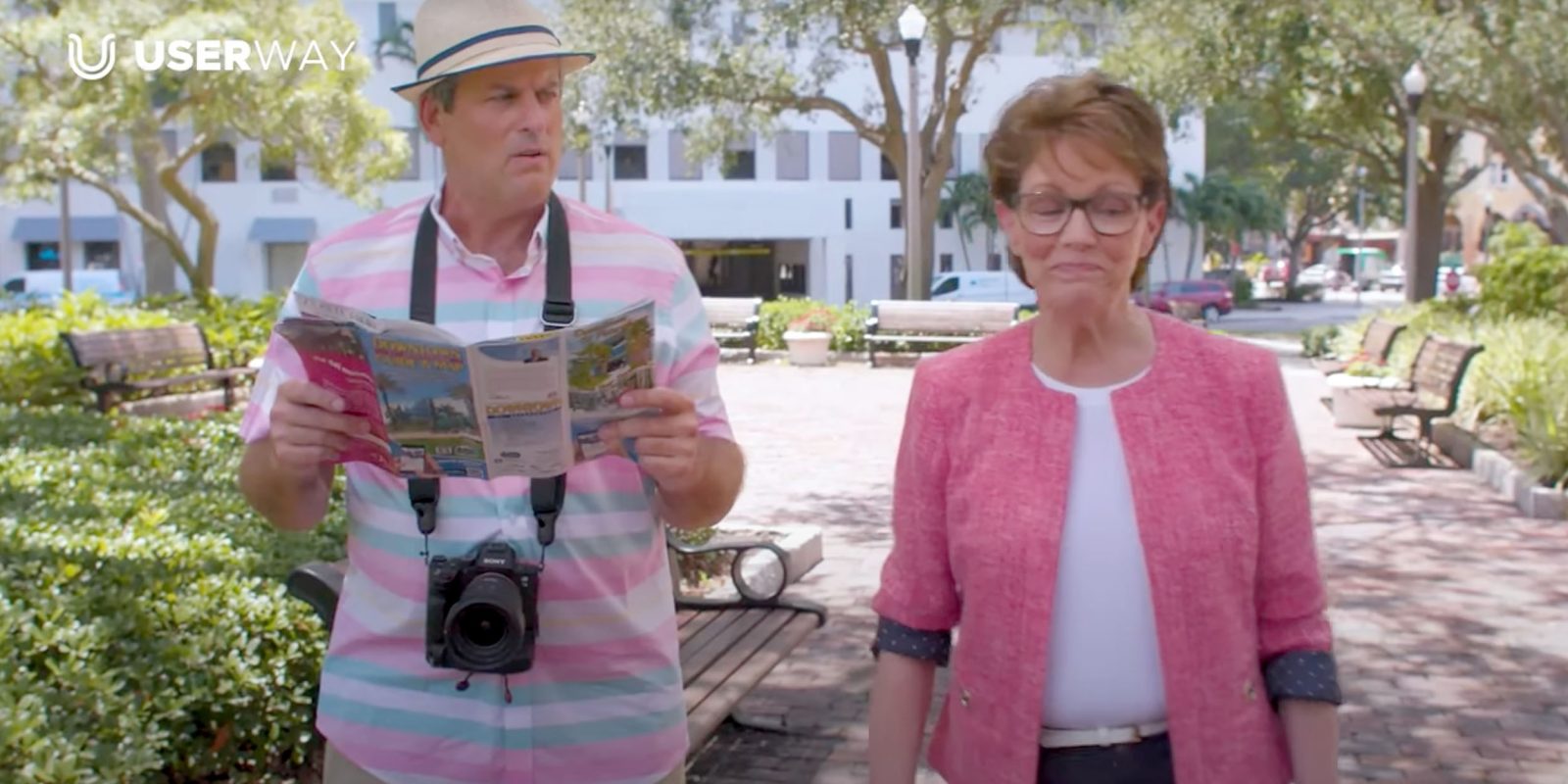 Susan Bennett revealed back in 2013 that she only found out by chance that she had become the original voice of Siri. She’s now taking advantage of her accidental fame to promote a new approach to web usability.

Bennett stars in an amusing Siri-based ad for an AI-based approach to making websites accessible to people with disabilities, such as those using screen readers …

Siri is a game changer for many of the one billion people worldwide with different disabilities. Susan Bennett did an obscure voice acting job in 2005 and was surprised when she became the first voice of Siri, when it was introduced by Apple in 2011. Through this experience she came to realize how impactful technology can be for people with disabilities.

Susan’s next mission is to advocate for the hundreds of millions who are excluded from the internet. That’s why she has opted to do her first ever ad featuring the voice of Siri, calling for a more accessible internet […]

The campaign focuses on spreading awareness about web accessibility and bringing light to the critical importance of an inclusive web. With 15% of the global population having some sort of disability and the world quickly becoming digital, web accessibility is an increasingly important issue.

The UserWay campaign features Susan Bennett, the voice behind Apple’s popular virtual assistant, Siri. Bennett walks through a neighborhood assisting individuals with different tasks — like directions and calorie information — as Siri would. However, Bennett explains that she is limited in her ability to help people with disabilities due to inaccessible websites. The video finishes with Bennett calling on websites to make use of the UserWay AI-powered widget to create a more inclusive web.

Making websites accessible can be a time-consuming process, but UserWay claims to let website owners do it by adding a single line of code.

The UserWay widget uses AI to identify any accessibility issues on a website and automatically alters the site’s code in real time to resolve them. The widget also offers various opt-in usability and accessibility enhancements like increased color contrast, text size adjustments and an onboard screen reader […]

“I feel honored to be included in such an important project,” Susan Bennett said. “UserWay is bringing light to an issue most people aren’t even aware of. Being Siri made me the doorway to online services for millions of people, and I am excited to raise my unique voice and open those doors further, particularly to people with disabilities.”

In 2017, Bennett shared the story of how she provided Siri’s first voice without knowing it.

You can watch the ad below. UserWay is a subscription service, starting at $490 per year.