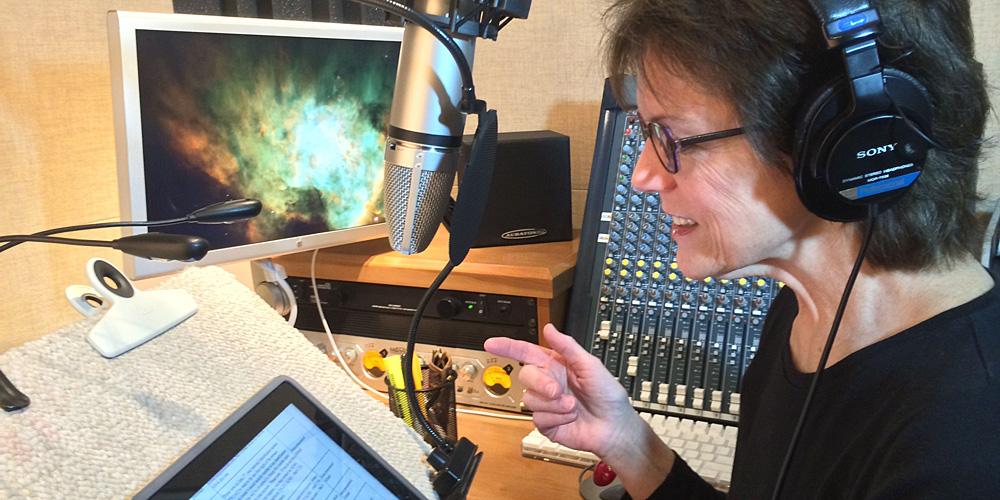 Susan Bennett has told the story before of how she became the voice of Siri without realizing it – at the time, she thought she was making the recordings for an automated switchboard system. In fact, she didn’t even find out she had become Siri until a friend played with an iPhone and recognized her voice.

But in a new interview with Typeform, she has revealed more about how the process worked, including speaking nonsense phrases …

She only got the gig, she says, when the actor supposed to be auditioning for the role failed to show. It was, she says, an ironic role for a non-techy.

My generation didn’t grow up with computers. I think there’s a part of us that still wants to stay a little distant from them. I find that I don’t really trust them. (Laughs)

Rather than have her record every single word Siri would ever need to say, the team had her voice a whole range of phrases – some real words, some not – that they could later combine into new words and phrases.

We recorded hundreds of phrases and sentences that were created to get all the sound combinations in the English language. Now, the English language has over a million words, so you can imagine how long this took. The initial recordings took a month in 2005 [before the iPhone even existed], four hours a day, five days a week, then I did updates for four months in 2011/12.

Bennett gave an example of the kinds of things she was recording.

Because everything had to be voiced in exactly the same tone, pitch and pace, it made for the most incredibly tedious work, she said.

Bennett says this means she can take credit for the voice, for humanizing the experience, but not for Siri’s famously sassy responses.

Before Siri, concatenated voices sounded very robotic… not the type of voice that anyone would want to interact with. So, I think that’s why she was so popular. It’s like, ‘Oh my word, this sounds like a person in my phone.’ [But] the voice talents had nothing to do with what Siri says. It all has to do with the programmers.

Once she did find out that she was the voice of Siri, Bennett had ambivalent feelings about it.

First of all, I was really, really flattered to have been chosen [but] the negative and troublesome thing about it is, those of us who’ve done all kinds of voice jobs, when we do things like phone messaging, informational things, GPS systems, that kind of thing, people don’t really notice the voice, because they’re listening for the information they need […]

But when you suddenly take that anonymous voice, and it becomes a persona like Siri, that people are interacting with, and basically think of as a person, then suddenly you are that person. And we humans really do love to stereotype people, so once you’re identified as the voice of Siri, it’s like ‘She’s Siri, she can’t do anything else.’

But it worked out well, in the end, as it created new opportunities, like a speaking career.

I do a lot of appearances at conferences and meetings and that sort of thing, and that’s been a lot of fun.

The whole 24-minute interview can be heard on the Typeform blog.