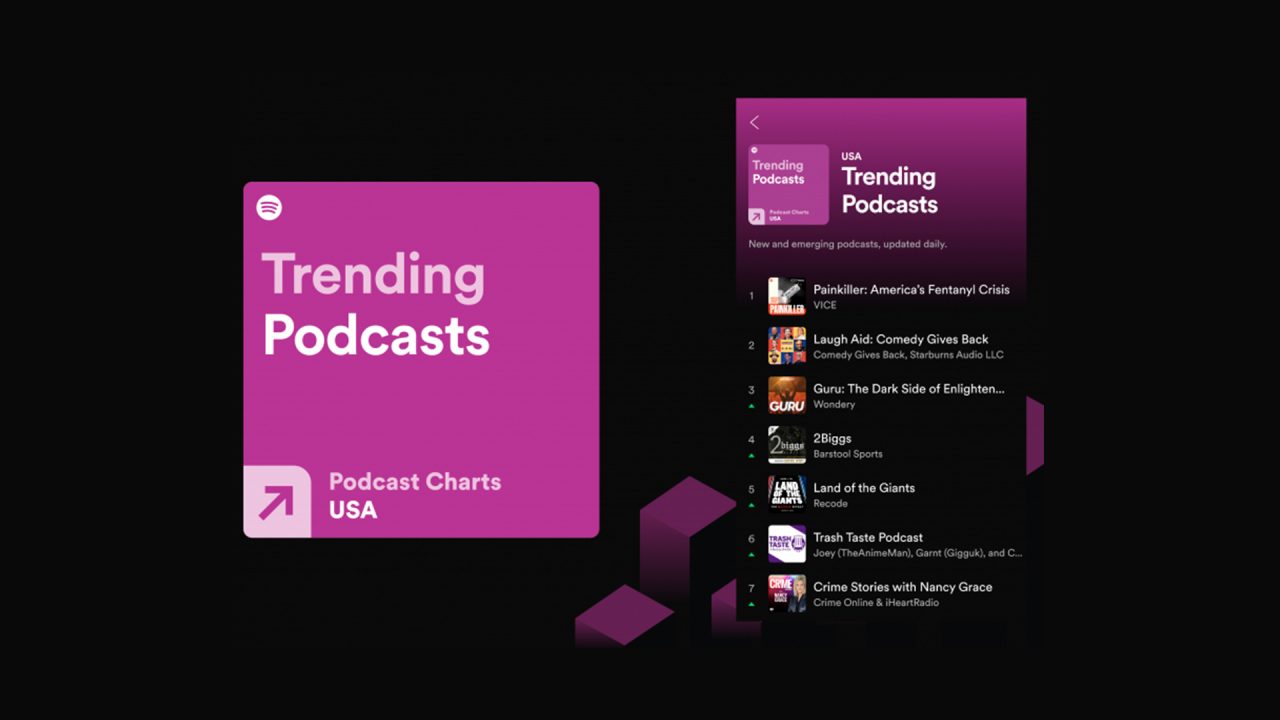 After seeing a few reports earlier this year that Spotify was closing in on Apple Podcasts’ listenership, new data allegedly shows that Spotify has eclipsed Apple when it comes to US podcast listeners. If true, it looks like the shift may have happened as early as Q2 this year.

Looking back to 2019, a report from Voxnest said that Spotify had become the most used platform for podcasts in Europe and South America.

And this year, we saw a pair of reports, one in March and one in September from eMarketer that suggested Spotify was close to overtaking Apple Podcasts in the US – likely by the end of 2021.

Now it appears that could have already happened. As reported by TechCrunch, Spotify shared during its Q3 earnings call that data from internal sources as well as an Edison Research report (from Q2) show that it “recently became” the “the No. 1 podcast platform U.S. listeners use the most.”

Given the U.S. is the largest global podcast market, the milestone is significant and speaks to the sizable investment Spotify has made in podcasts over the past few years.

For clarification, Edison Research confirmed to TechCrunch the podcast listenership results were based on “usage, not downloads” from data gathered during Q2 from 8,000 respondents.

With that being a small sample size and no exact numbers available from Spotify or Apple, it’s hard to know what the reality of the situation is.

However, with expectations from eMarketer and others for Spotify to surpass Apple Podcasts lining up with Edison Research and Spotify’s own data, it’s possible that Spotify is the new US podcast leader and if not, is on track to become the top dog soon.