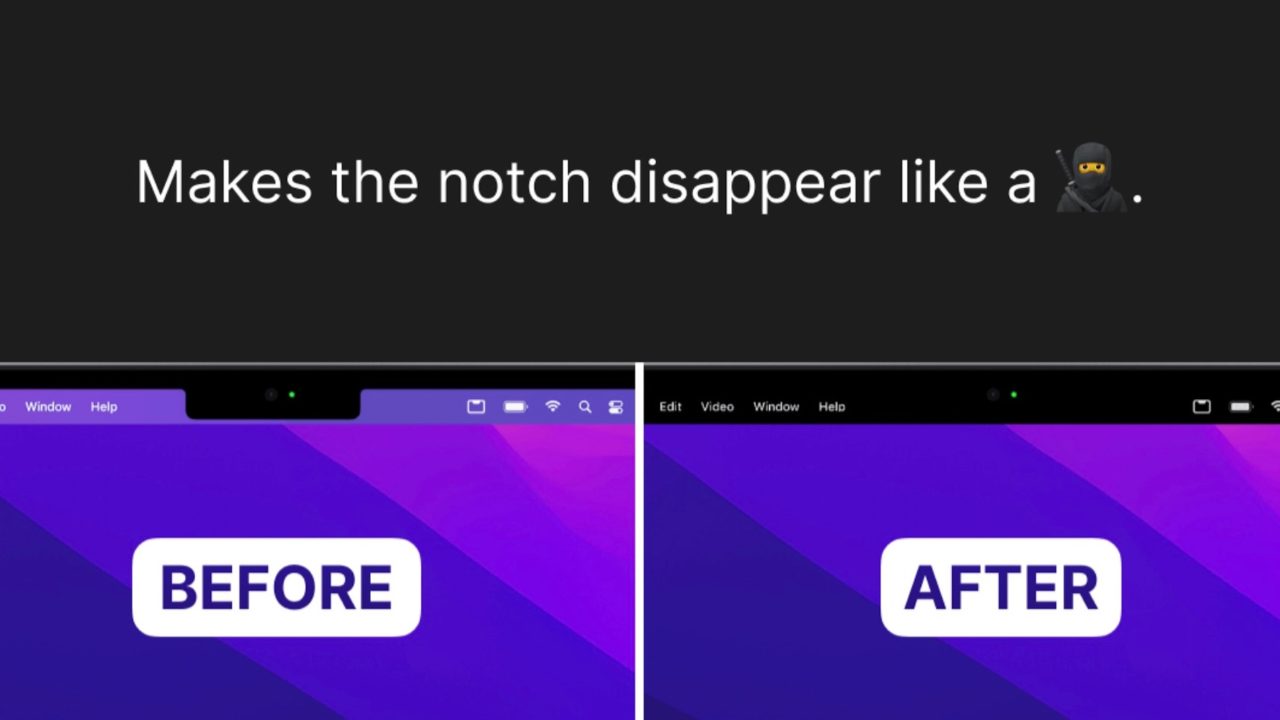 In line with the first 14-inch and 16-inch MacBook Pro pre-orders arriving this week, third-party apps are already emerging to help make the controversial notch “disappear.” Dubbed “TopNotch,” this app comes from the creators of the popular CleanShot X screenshot utility for macOS.

While I don’t have much of an issue with the new MacBook Pro’s notch, I’ve been trying out Top Notch for a few days… and it is indeed a top notch app.

The new MacBook Pro models feature a display notch to house the camera and other sensors, allowing Apple to extend the display closer to the edge than ever before. Apple has defended the notch as a “really smart” design feature to give you more space for your content. Many early reviews also say that the notch is something you can easily get used to.

Nonetheless, “TopNotch” has emerged as a software solution for hiring the MacBook Pro’s display cutout. It’s touted as a way to “make the notch disappear,” essentially by making the menu bar completely black. This is similar to how Apple itself adds a black bezel to the top of the display when apps are in full-screen mode.

As I wrote in my initial hands-on with the new MacBook Pro earlier this week, the notch is a non-issue for me. That being said, I’ve spent some time trying out Top Notch and I have to say, I’m very impressed at the cleverness of the app.

Top Notch is a simple app that lives in the menu bar, and when it’s enabled, it really is like the MacBook Pro’s notch isn’t even there. Instead, you have a black bar along the top to house your menu bar and hide the notch, and a full 16:10 screen area below for the rest of the macOS interface.

Whether or not I continue using Top Notch on a daily basis remains to be seen. Regardless, it’s nice that such options exist for those who want them. You can download TopNotch for free, and be sure to check out the developer’s other application Clean Shot as well.

What do you think of the new MacBook Pro’s notch? Will you embrace it, or will you turn to a third-party solution to help hide it? Let us know down in the comments!