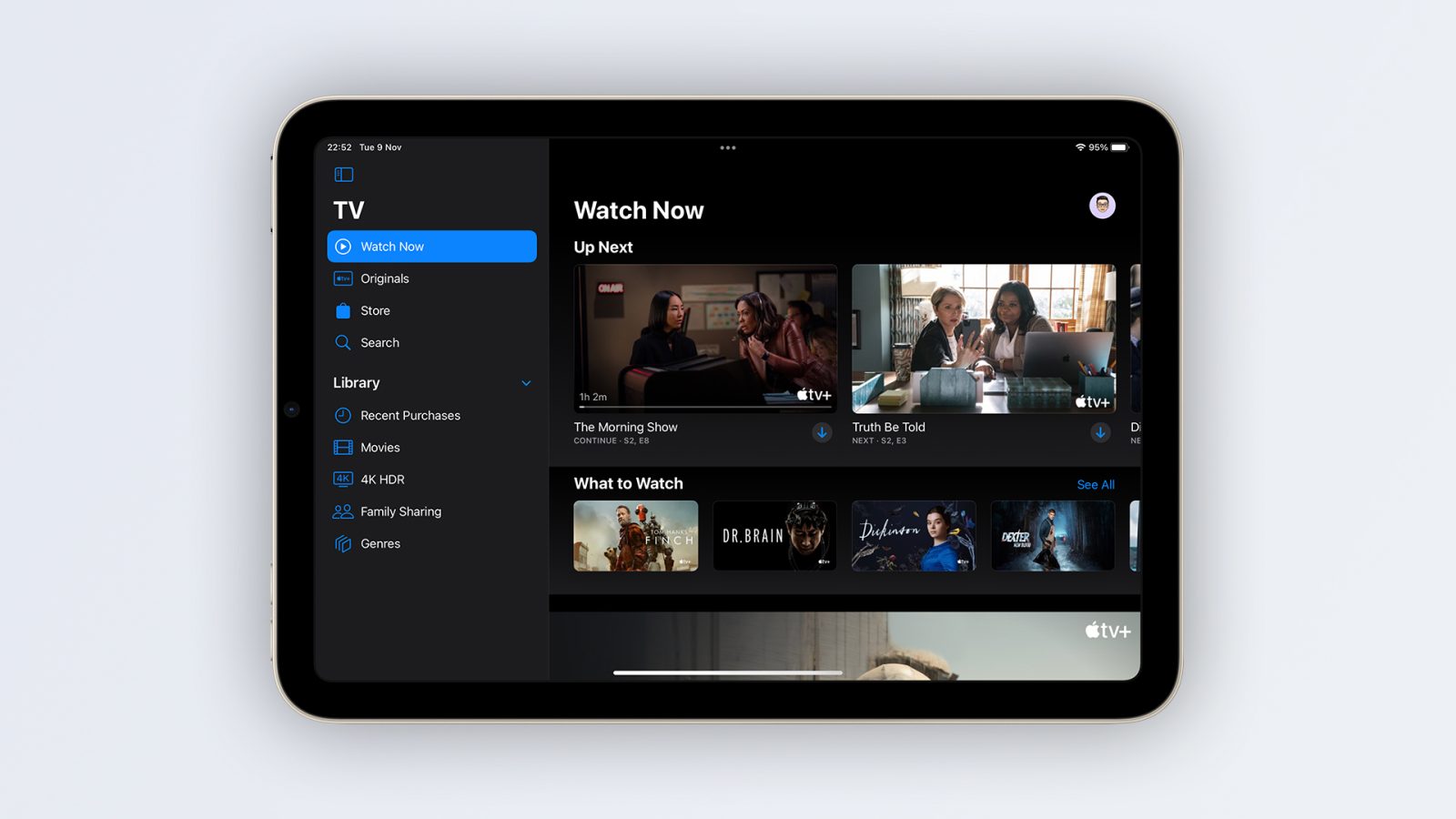 Apple today released the second beta of iOS 15.2 and iPadOS 15.2 for developers, which comes with child communication safety features in iMessage and a Hide My Email option in Apple’s Mail app. Interestingly, today’s beta also brings a refreshed design to the Apple TV app on iPad with a new sidebar. In addition, there’s now a dedicated Store tab in the app.

The first thing iPad users will notice when they first open the Apple TV app on their iPad is a new sidebar, which replaces the tab bar at the bottom of the screen. There, users can easily find all sections of the Apple TV app, including Watch Now, Apple TV+ Originals, Search, and Library.

The sidebar has the same look as it does in other iPad apps that already have it, such as Music, Photos, and even Safari. As for iPhone and Mac users, they will also get a new dedicated Store tab in the Apple TV app with iOS 15.2 beta 2 and macOS Monterey 12.1 beta 2.

We don’t know exactly when iOS 15.2 will become available to the public, but the final release will likely arrive by the end of the year.