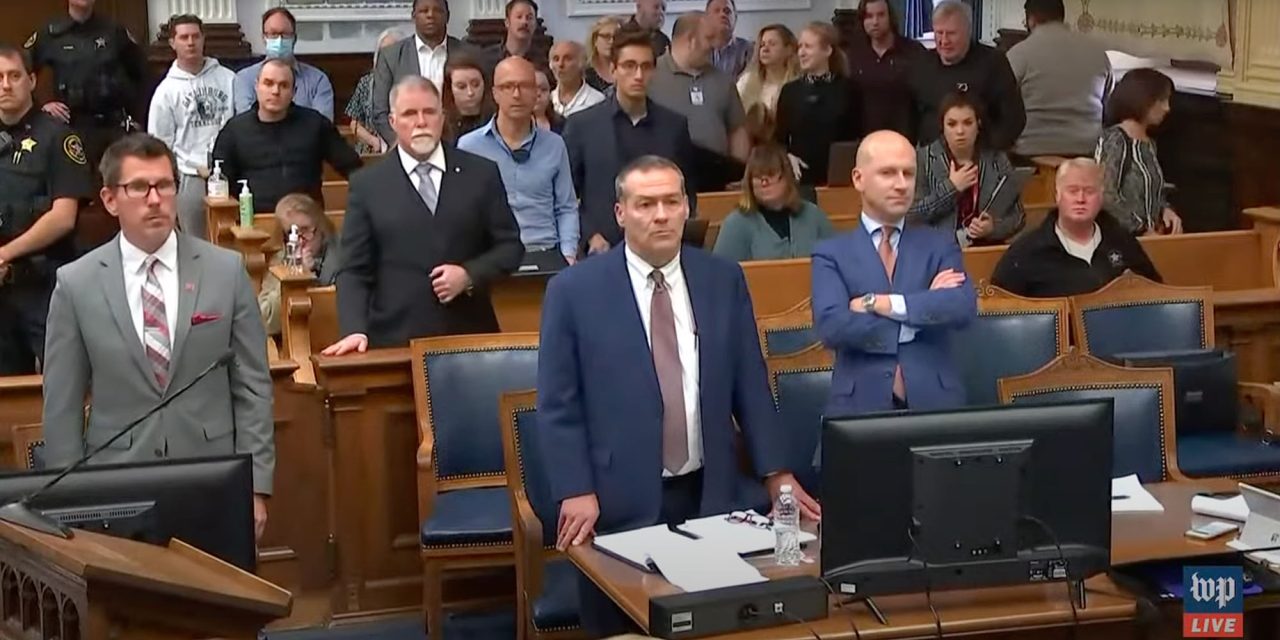 Kyle Rittenhouse’s lawyer has made the bizarre claim that the pinch-to-zoom feature on iPads uses artificial intelligence “to create what they believe is happening.”

You can watch him make this argument in the video below, his understanding of technology further demonstrated by his use of the word logarithm instead of algorithm …

Even more bizarrely, the judge in the case accepted this as a valid argument, and said that the burden of proof was on the prosecution to prove it to be false.

As Kyle Rittenhouse took the stand to answer questions about the sequence of events before he shot and killed a man in Kenosha, Wisconsin, the jury was forced to watch the video evidence play out in miniature — because Rittenhouse’s defense lawyer came up with the wild notion that Apple has “artificial intelligence” that manipulates footage when you pinch-to-zoom on an iPad, and Judge Bruce Schroeder totally bought into that possibility.

“iPads, which are made by Apple, have artificial intelligence in them that allow things to be viewed through three-dimensions and logarithms,” the defense insisted. “It uses artificial intelligence, or their logarithms, to create what they believe is happening. So this isn’t actually enhanced video, this is Apple’s iPad programming creating what it thinks is there, not what necessarily is there,” they added.

The judge responded by disallowing the zoomed-in footage unless the prosecution could prove that it wasn’t manipulated, and only giving them 20 minutes to find and produce an expert witness from Apple, which was obviously impossible. Pinch-to-zoom of course does nothing more than show a smaller portion of the video in full-screen.

Rittenhouse shot and killed two men, and seriously wounded another, in what he claims was self-defense. As ABCNews explains, he faces six charges, including one of first-degree intentional homicide.

This charge is connected to Anthony Huber’s death. Video shows Rittenhouse running down the street after shooting Rosenbaum when he falls to the street. Huber leaps at him and swings a skateboard at his head and neck and tries to grab Rittenhouse’s gun before Rittenhouse fires. The criminal complaint alleges Rittenhouse aimed the weapon at Huber.

Intentional homicide means just that — a person killed someone and meant to do it. Bucher said that if Rittenhouse pointed the gun at Rosenbaum and pulled the trigger that would amount to intentional homicide. However, self-defense would trump the charge.

“Why I intended to kill this individual makes the difference,” Bucher said.

The count carries a mandatory life sentence. The weapons modifier would add up to five years.