Opinion: HomeKit is doomed to fail if Apple doesn’t make their own automation hardware 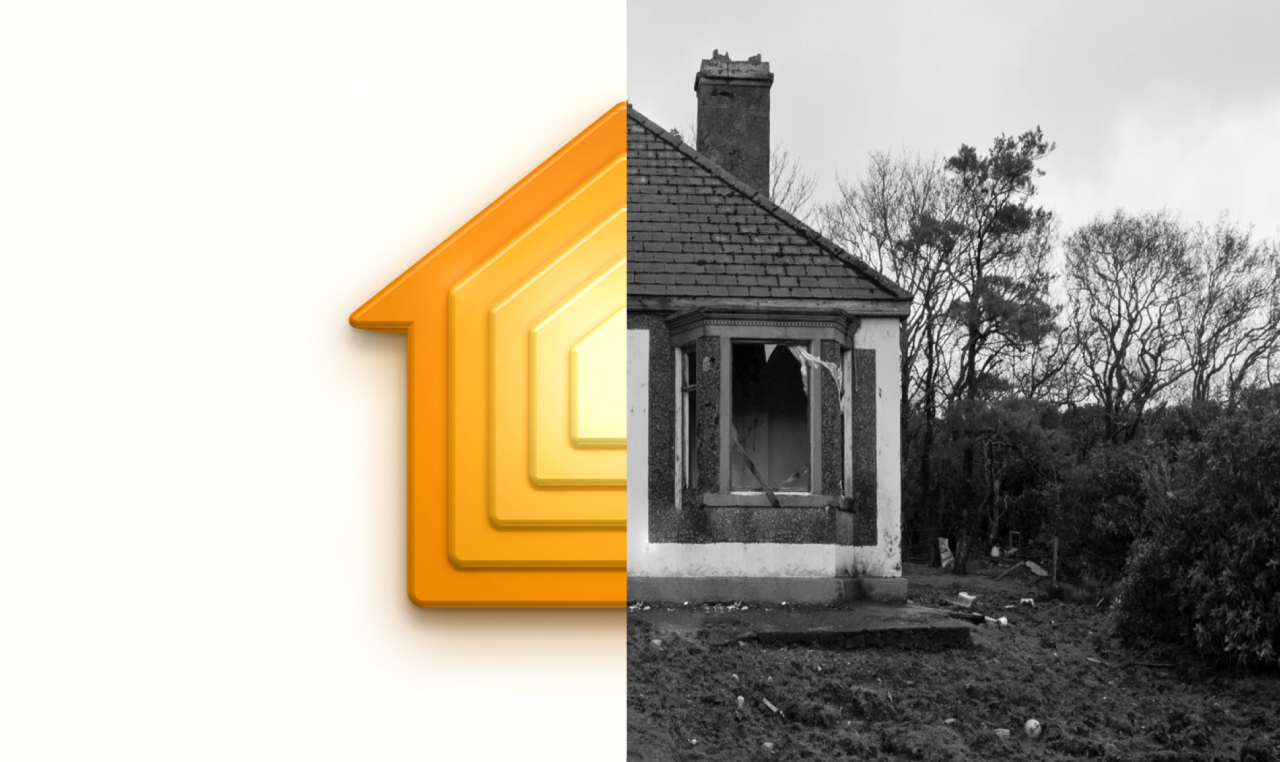 In July of 1982, industry pioneer Alan Kay said “People who are really serious about software should make their own hardware.” In January of 2007, Steve Jobs used this quote to define his vision for Apple and the iPhone in particular. Over the past decade, Tim Cook has reiterated this belief that Apple is at its best when it makes the hardware, software, and now the services. So why don’t they apply that philosophy to everything they do anymore? Let’s talk about it.

There are currently four key areas of a person’s life that tech companies want to take over. The home, the workplace, the car, and the gym. When you take these areas and apply them to Apple’s product strategy, you can see some obvious connections. The Mac and iPhone rule the workplace. The Apple Watch and AirPods own the gym. Then you get the car and the home, two places where the current situation doesn’t quite add up.

Apple’s strategy for the car and the home is to make a single core piece of hardware and then license some tech to manufacturers in those other fields to write the rest of the story. That’s so impeccably un-Apple that it’s driven me crazy over the past several years. Now we know that Apple is working on rectifying their car strategy by finally building their own automobile from the ground up. It is still a long ways off, but hopefully when all is said and done we’ll have the first ever car that seamlessly integrates with our digital lives in a way one hasn’t before.

But what about in the home? What could Apple do to make home automation simpler than ever? They already make the speaker and the tv box. So which parts of the story are missing? The answer is clear and evident. They should make their own lightbulbs, switches, outlets, locks, cameras, and routers.

Google and Amazon are ahead

I am constantly asked by friends and family “what should I get to make my home smart?” I never know how to answer. Sure, I can tell them to just buy things that have the HomeKit sticker on them. But I can’t vouch for their quality or their reliability. It’s a licensing program that any manufacturer can be a part of. I’ve recommended multiple times that someone just go try out Amazon’s Alexa ecosystem, because they make a lot of the products one needs to do things quickly and efficiently. Amazon makes their own thermostat, their own plugs, their own cameras, heck they even make their own soap dispenser. Their ecosystem is better than Apple’s at the moment, but it wouldn’t be difficult for Apple to usurp them with a far stronger array of offerings.

Your average consumer isn’t gonna have a clue where to even start if they decide to try and automate their home or apartment. Walking into any gadget retailer, be it Best Buy or the Apple Store isn’t going to have a clear and concise answer for someone. There’s no de facto option in any of these categories. The most popular home automation accessories at the moment, Ring cameras, don’t even work with HomeKit. They don’t work with Google Home either, so Google made their own competitor. They made new nest door cameras aimed at the exact same audience. Of course Google doesn’t make all of the necessary accessories, but I wouldn’t be surprised if they go down that road soon.

When a customer goes into an Apple Store to buy a HomePod, they should easily be able to understand HomeKit. With Apple-branded accessories they’d be far more likely to walk out of the store with a handful of automation tools in addition to a HomePod. And imagine how much simpler the pairing process could be. With Apple’s own hardware and custom silicon, the company could build lightbulbs that work just like AirPods. You screw it into a lamp and a modal flies up on your iPhone. With a tap it could be connected to your network and added to your home.

Right now, everything in the Home app is made by a different manufacturer. Nothing ever quite works just right. Devices don’t always properly talk to each other and you have to rely on those other manufacturers for software updates and compatibility.

Imagine if these all talked to each other seamlessly. They could all have an Apple-designed micro computer inside with a U1 chip so they all know they’re nearby and an H1 chip to easily talk with your core Apple devices. Sure that would likely drive the prices of these products up, but in your home you should want something reliable and sturdy. You want stuff that can last.

This year Apple introduced the ability for HomeKit device makers to integrate with Siri more closely. That means products like the Ecobee thermostat can actually accept Siri requests and commands using their built in microphones.

Apple’s current home ecosystem only offers physical controls via the app on your core devices. There’s no option to buy a smart screen that can act as a hub of sorts. So with this new ability to put Siri on virtually any device, why not put a microphone in each of these conceptual Apple-designed HomeKit products?

Siri could become truly ambient in the home and work from just about any corner of your living space. If your light bulbs, plugs, cameras, routers, and more had microphones with Siri support built-in you wouldn’t even have to think about the device you’re making the request to. This is especially the case if the Apple-designed computers inside each accessory can easily talk to each other. Information could be surfaced via the proper device, even if the request goes to one without a display or speaker.

Just like the HomePod, you could disable the microphones in each of these devices if you would like to via the Home app. There’d have to be some sort of clever privacy-first implementation here, whether that’s building Siri to work locally on all of these accessories without needing to constantly go out to the web or some sort of new portal for accessing a history of things Siri has heard.

Apple products these days are, in lots of cases, made out of recycled materials. All of these accessories could be as well. You could know they are safe and good for the environment. And at the end of their lifecycle, Apple could take them back and use those materials to make the next generation of accessories.

Home automation devices are fairly new and we haven’t fully seen what kind of impact they will have on the environment in the future. Computers eventually die, it’s just part of their lifecycle. Lots of folks haven’t fully evaluated the consequences of putting a computer into every single thing around them.

These small pieces of computer hardware that are meant to replace things that need to exist in every home are going to become increasingly important. They’re one of the next battlegrounds for the tech giants. But Apple could take a unique approach and use its goodwill and convenience to both rule that space and improve on it.

Apple no longer exists in a world where it can afford to make only a handful of products. We know that they have learned that to some degree, having had to expand their core lines and offer products at virtually every price point. But this is different. This is them dipping their toes in a category for too long and failing to take the full plunge.

If it wants to win in these new categories, it needs to follow its own philosophy of making the whole widget. HomePod mini isn’t much of a home controller if its accessories are mediocre at best, that is to say if anyone actually buys any.