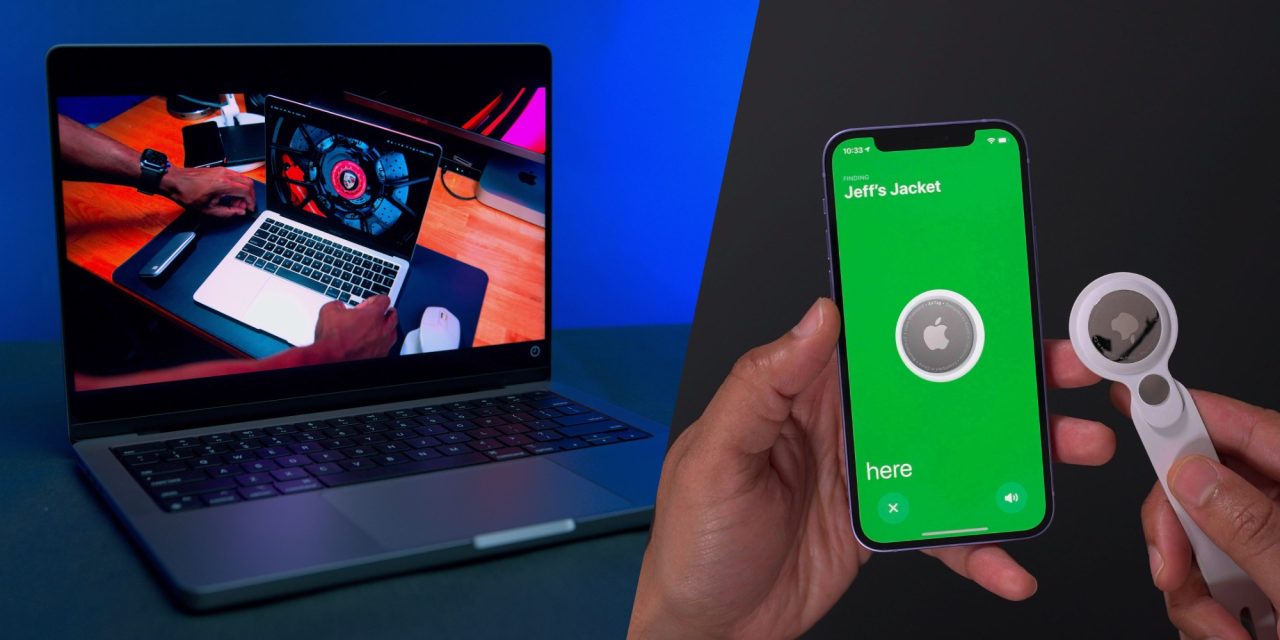 All of today’s best mid-week deals are now up for the taking and headlined by an early Black Friday Apple sale at B&H with the M1 Pro MacBook Pro and more. That’s alongside AirTags at $22 each alongside one of the first price cuts on Apple’s new HomePod mini colors. Hit the jump for all that and more in the latest 9to5Toys Lunch Break.

With all of the Black Friday 2021 savings slated to kick off in the coming days, B&H is giving you one last chance to beat the rush by launching a new four-day Apple sale live through the weekend. Delivering discounts on Apple’s latest releases, we’re seeing some rare discounts and all-time lows across a selection of Macs, iPads, and more. Our top pick is the all-new Apple 14-inch M1 Pro MacBook Pro starting at $1,949 for the 14-Core GPU model. There’s also $100 in savings to be had from the upgraded model, which goes for $2,399. Marking some of the very first price cuts we’ve seen, you’re looking at a new all-time low alongside a rare chance to save on the new release. Head below for additional details and plenty of other discounts.

Apple’s all-new M1 Pro MacBook Pro arrives with an almost entirely redesigned package that refreshes everything from the screen to internals. Its 14-inch Liquid Retina XDR 120Hz Display pairs with all of the power from the new M1 Pro chip, alongside the return of MagSafe charging. Not to mention, there’s also up to 17-hour battery life and improved I/O like three Thunderbolt ports, HDMI, and an SD card slot. Get all of the details right here.

Score AirTags at $22 each when you buy four

Woot is now offering a four-pack of Apple AirTags for $88. Normally fetching $99, you’re looking at $11 in savings off the package as well as a new all-time low at $1 below our previous mention. Apple’s recent item finders arrive with tightly knit integration into the rest of the ecosystem, thanks to the U1 chip, which delivers a series of unparalleled features.

Most notably, there’s the precision finding experience that makes hunting down each AirTag a breeze thanks to the interactive AR interface. Perfect for keeping tabs on keys, a backpack, luggage, or really anything else might misplace, there’s also a replaceable battery that can go years before needing to be swapped out. Get a closer look in our hands-on review

Launching at the start of the month, Apple refreshed the popular HomePod mini lineup with three new vibrant colorways. Now, we’re seeing some of the very first price cuts on the recent releases, with Best Buy bundling the Apple smart speaker with various smart home lighting accessories backed by its holiday price guarantee. Most notably, you can score the HomePod mini with a Nanoleaf Thread HomeKit Lightstrip at $150 in blue, orange, and yellow. Normally you’d pay $174 for the entire package, with today’s offer kickstarting your Siri setup while pocketing you $24 in savings. Dive into our hands-on review of the new styles for a better idea of what to expect.

Apple’s HomePod mini delivers a compact way to bring Siri, Apple Music, and smart home control to your space in a familiar, fabric-wrapped design. Alongside either white or black colorways, there’s a touchpad at the top to adjust audio playback as well as quick music handoff thanks to the inclusion of Apple’s new U1 chip.

Twelve South is now offering its new PowerPic mod Wireless Charger for $48. Marking the first discount we’ve tracked, this 20% in savings is a new all-time low and even $2 less than we’re expecting to see come Black Friday next week.

Delivering a unique place to refuel your smartphone, this wireless charger doubles as a picture frame to blend in with the rest of your home decor when not in use. It has a transparent acrylic build that houses a 10W Qi stand with either white or black accenting. We found the PowerPic mod to be a notable gift recommendation in our review, and today’s discount makes for an even more affordable way to put it under the tree.

The official meross Amazon storefront is now offering its new HomeKit Smart Air Purifier for $15. Normally fetching $140, you’re looking at the first discount since launching at the end of October with $35 in savings attached.

Marking the brand’s first foray into the appliance side of your smart home, its new air purifier arrives with an H13 HEPA filter to help rid your environment of allergens and other particulate matter. On top of being able to use the companion app, you can also count on Siri, Alexa, and Assistant support for voice controls or automations.