AirTag review: An easy-to-use item tracker empowered by a network of a billion iPhone users 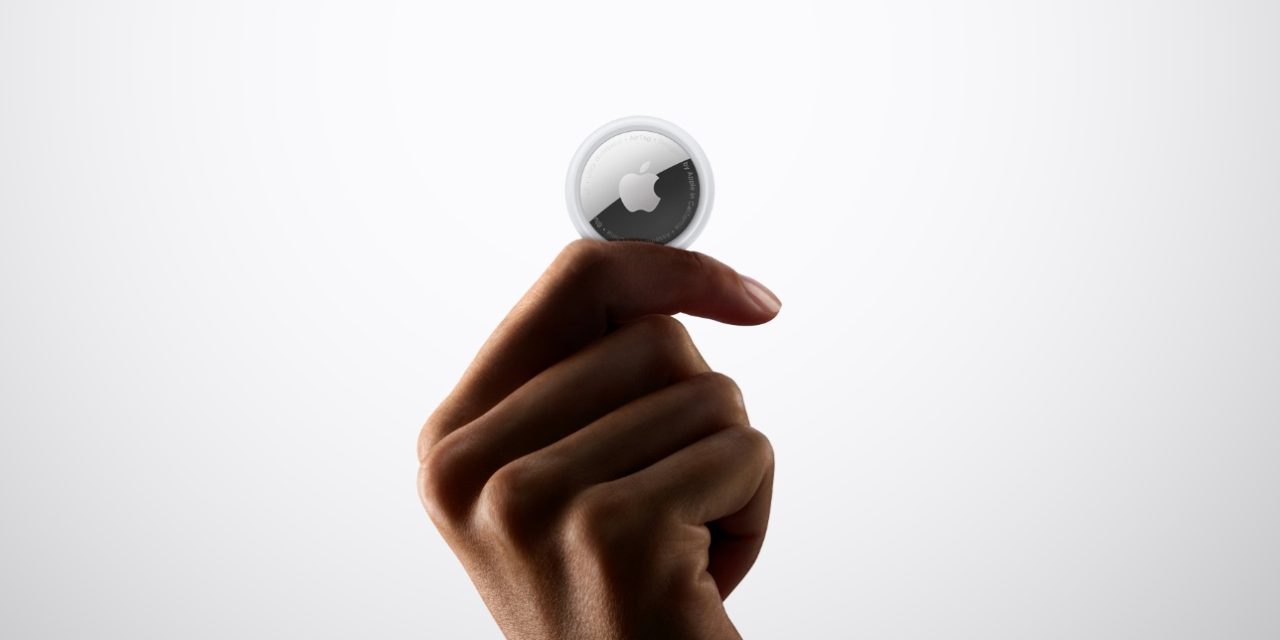 Following years of rumors and leaks, the Apple AirTag is finally available to buy. I received mine on launch day last week, along with a Belkin Secure Holder to attach it to my keys.

The real test of any Bluetooth tracker is when you actually lose the item they are attached to, and so far I haven’t lost my aforementioned keys. After a few days of artificial testing, though, I am generally very happy with the AirTag and would easily recommend them. The breadth of the Find My network is going to be hard for any other company to beat …

Apple’s closest competition in this space is obviously Tile, which offers trackers in all sorts of shapes and sizes. For Apple, the AirTag is an additive accessory to the ecosystem rather than their entire business. You don’t expect Apple to suddenly launch a range of AirTags. They have one design, one shape. A simple circle makes for a pure and beautiful aesthetic. More than any other Apple product though, you can’t really use an AirTag on its own.

In the name of sheer practicality, the AirTag would be a better product if it was more of a teardrop shape than a strict circle so that it could accommodate a hole for attaching it to stuff. But they didn’t and they rely on customers also buying some kind of case or holder accessory to make the AirTag useful. Cynically, this is also how Apple plans to make most of its money.

The AirTag is aggressively priced at $29, very much encroaching on Tile’s price territory, but Apple’s branded loops and key ring accessories cost the same if not more than the tag itself. That’s where Apple is getting pure profit margin. I don’t really care about fashion when it comes to my key ring, I just bought the Belkin Secure Holder and paid a still exorbitant $13 for two bits of plastic and have been happy enough.

(I have never been inclined to get my Apple devices engraved, but I do regret not opting to do it for the AirTag. It’s just a bit too plain otherwise. If I was buying another, I’d get my initials put on it.)

Getting started with the AirTag is dead simple. You unbox it, pull out the tab, and it instantly pops up the setup card on your nearby iPhone. Give the tag a name and you are pretty much done. Then what?

The paradoxical part of the AirTag experience is really this: You don’t know how much you value it until you lose something and actually need it. It is only then that you are truly thankful you have one. I guess it really stings if you lose something that has an AirTag attached and still can’t find it.

In lieu of actually misplacing my possessions, I have of course done some artificial hide-and-seek testing on which the rest of this review is based. In use, the speaker is louder than I expected for something so small. Even when covered by pillows or couch cushions, you can still hear the pings. The speaker will definitely help you locate your lost item.

The whizz-bang AirTag feature is Precision Finding, which promises to take advantage of the U1 chip introduced with the iPhone 11 to provide visual navigation toward the tag, when nearby. The UI itself is very pretty with swirls of amorphous circles forming directional arrows on screen accompanied by satisfying sound and haptic feedback. It’s a cool idea.

In practice, I’ve found the feature unsatisfying. The crux is that the “nearby” radius is very short. The signal of the U1 chip is not that big, and it doesn’t seem to penetrate walls very well. “Signal weak” is a very common part of the Precision Finding experience. If you misplace your keys in your house, Precision Finding experience will only activate when you are in the same room as the item. Before that point, you are essentially walking blindly from room to room waiting for the interface to light up.

It is also imperfect when you do get a signal. When I tested the feature in a hallway, the arrow pointed to one room, while the tag was actually in the room next door. When you get within about three feet, the UI often reports that the item is simply “nearby,” lacking directional context. That means at short distances it is also not very helpful at narrowing down where the tag is. I failed at one hide-and-seek test because the phone indicated to me that the item was right there in the corner of the room I was in, but really it was on the other side of the wall.

Every time I have tried Precision Finding to date, I would have found my item faster by just telling the AirTag to make its alert noise and locating it by ear. If future hardware could expand the range of the U1 chip by two or three times, Precision Finding would change from a fun gimmick to something practically useful. This might require a new generation of AirTag, new iPhones with larger UWB radios, or both.

Precision Finding doesn’t undermine the appeal of the AirTag though. I think quite the opposite. At $29 a pop, it is easily competing to be the go-to item tracker for Apple users.

The biggest reason for that is the unassailable strength of the Find My network. As the Find My network is toggled on by default for all iOS devices, Apple has a billion-plus device strong nodes out there all ready to listen out for an AirTag signal and report back its location to Apple’s servers. If you leave your AirTagged bag behind in a park, it isn’t going to take too long for someone with an iPhone to walk past and light it up.

This is why Tile is so worried. The number of devices Apple has in active use is bigger than any other single manufacturer. Tile claims it has around 30 million users worldwide. It just can’t compete with Apple’s scale; the chance that an AirTag’s location is reported is way higher than a Tile’s. The deck is stacked even more in Apple’s favor when you consider that the Find My network is a system service and can run passively in the background on iOS devices, at all times. In contrast, Tile’s app has to be “running” (that is, present in the multitasking tray) to actually be contributing to their network.

Tile’s best hope at matching that level of penetration is if Google launches an equivalent to Find My on Android and makes it pervasive across all brands of Android phones, and then lets Tile participate and freely access that data. Apple has opened up Find My to third parties insofar that third-party Find My accessories can benefit from the Find My ecosystem. Tile could make a Find My-compatible tracker, but the terms don’t allow Tile to take advantage of the Find My user base to enable wider reach of the Tile network.

One caveat worth noting is that all of these Bluetooth-based tracking systems work best for items that are stationary. For objects that are moving, the system will “work” but it is going to be less useful. I found that the Find My network updates the AirTags position about once every two minutes, at best. You should not expect to get real-time location tracking, unless you are in Precision Finding range. This limitation is probably one factor as to why Apple doesn’t recommend using an AirTag with pets. Let’s say you tried to use the AirTag as a trackable dog collar. With a two-minute lag, you are going to walk to where you believe the dog is… when you get there, the dog will have likely moved on to somewhere else. So the AirTag solves for use cases like dropped wallets, forgotten bags, or mislaid keys. If you want to track your dog, get a dedicated dog tracker that has its own integrated GPS.

As far as the AirTag is concerned, its biggest downside is that there is no ability to share your items with other people. As of iOS 14.5, only the owner can see the AirTag’s location in Find My. This means you can’t let your partner find your keys or keep track of your luggage or whatever other scenario you can imagine. I also would like to see an option to enable a more active “tether” between the iPhone and the AirTag. For some items, I want to get notified the moment the AirTag goes out of Bluetooth range. This could be useful in an airport setting for instance, so you can be instantly told if you have forgotten to bring your hand luggage with you. We’ll have to wait and see how aggressive Apple is about iterating on the AirTag’s capabilities with software updates.

All in all, the AirTag gets a strong recommendation from me. It’s super simple to set up and integrated with an app you already use to find all of your Apple stuff, backed by a billion-strong network of unsuspecting iPhone users ready to help you find your stuff. Plus, at only $29 for one or $25 each as part of a four-pack, it is priced right in line with other brands. Just try not to spend too lavishly on the accessories.