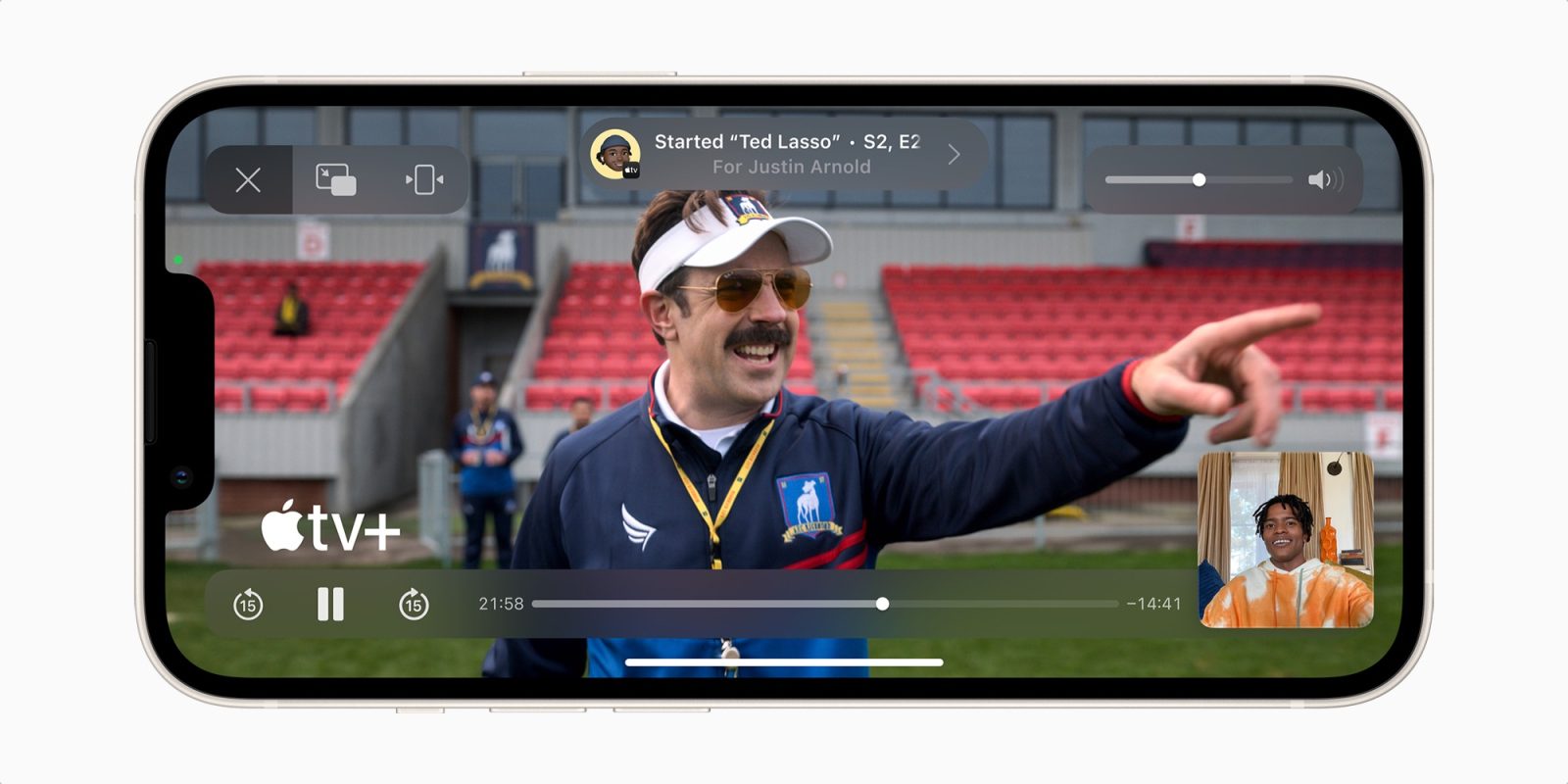 One of the most anticipated features of iOS 15 was SharePlay, which gives users the ability to listen to songs, watch TV shows, play games, and more while on a FaceTime call with friends or family members. Now, a few weeks after the function was released alongside iOS 15.1, Apple is now touting the growing number of third-party apps compatible with SharePlay.

In a press release, Apple states:

Apple says that SharePlay sessions offer shared playback controls, so anyone on the FaceTime call can play, pause, or jump ahead while enjoying synced media.

With dynamic volume controls, audio from the streaming content will automatically lower when a FaceTime participant is speaking, making it easy to continue the conversation with friends despite a loud scene or climactic chorus.

While using SharePlay, whether users prefer to have uninterrupted sound, they can tap on the Messages button in the FaceTime controls to jump to a shared thread and keep the conversation going. Each participant in the SharePlay session streams directly from the relevant app on their own device, delivering high-fidelity audio and video.

“SharePlay brings a whole new way to connect, share experiences, and have fun together on FaceTime,” said Bob Borchers, Apple’s vice president of Worldwide Product Marketing. “SharePlay leverages Apple’s integration of hardware and software to deliver a magical experience across iPhone, iPad, and Apple TV, and works with many Apple services as well as some of the most popular apps in the App Store.”

As of today, Apple is promoting the following apps that are compatible with SharePlay:

Listen together with SharePlay:

Learn together with SharePlay:

If you want to learn even more about apps that already feature SharePlay, 9to5Mac Parker Ortolani selected the bests apps available so far here.