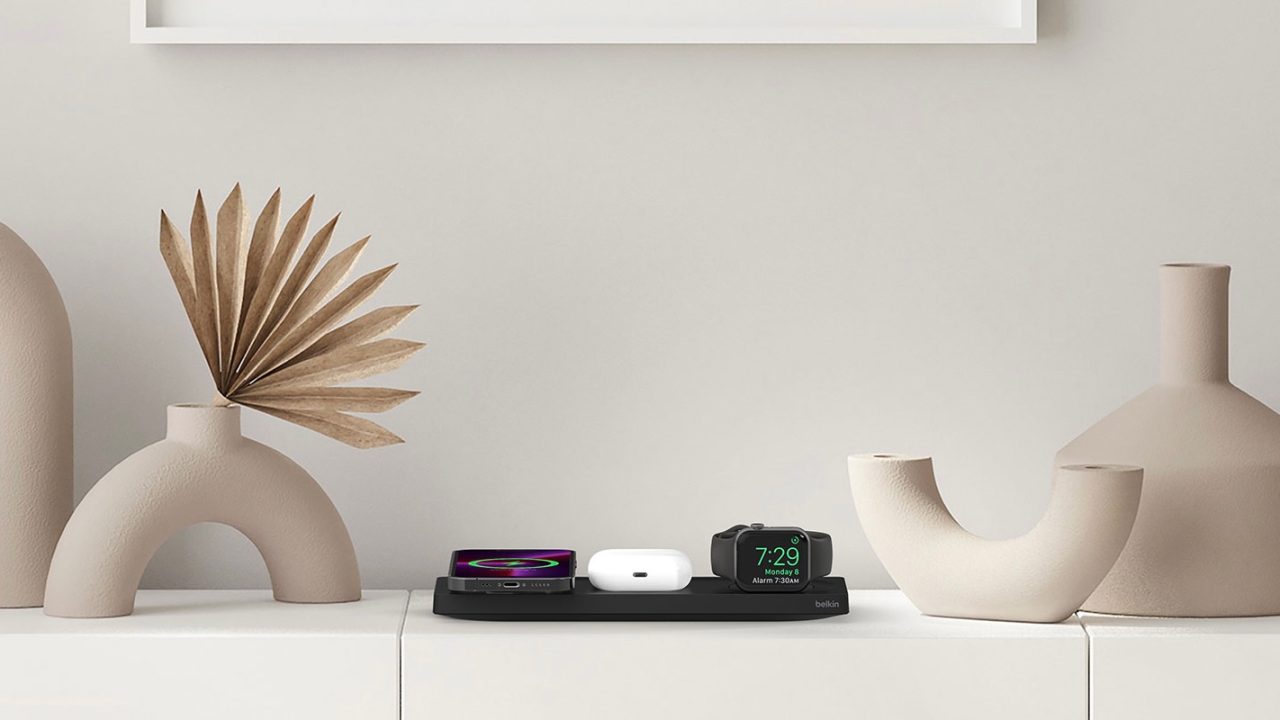 One of the big changes with the Apple Watch Series 7 is support for faster charging, as long as you’re using the correct accessories. This week, however, Belkin has taken the wraps of the first third-party accessory to support Apple Watch Series 7 fast charging with its new BoostCharge Pro 3-in-1 Wireless Charging Pad with MagSafe.

Belkin’s new 3-in-1 Wireless Charging Pad with MagSafe features a narrow, rectangular design. There’s a built-in MagSafe charging puck that can recharge your iPhone 12 or iPhone 13 at 15W of power, plus a separate Qi charger for your AirPods in the middle.

You also get a dedicated 40W power adapter in the box with Belkin’s new 3-in-1 Wireless Charging Pad with MagSafe. It is available to order now from the Belkin website for $149.99.

But that’s not the only new product introduced by Belkin today. The company also veiled a new BoostCharge Pro Portable Fast Charger for Apple Watch. As noted by the Verge, this is essentially an Apple Watch charging stand with a built-in charging puck that supports fast charging.

Close all your rings and upgrade how you power your Apple Watch with our BOOST↑CHARGE PRO Portable Charger. Leveraging the new charging module, you can charge your Apple Watch Series 7 up to 33% faster.* Pick the view for you, it displays and charges your Apple Watch while lying flat or Nightstand mode. Modern minimalist design brings a stylish accent to any space. From desktop to hotel nightstand, it’s compact enough to take anywhere. A 1.2M USB-C cable with intuitive cable management lets you charge while keeping your space clutter-free

It retails for $59.95 and does not include a charging brick in the box. What do you think of Belkin’s new accessories? Let us know down in the comments!