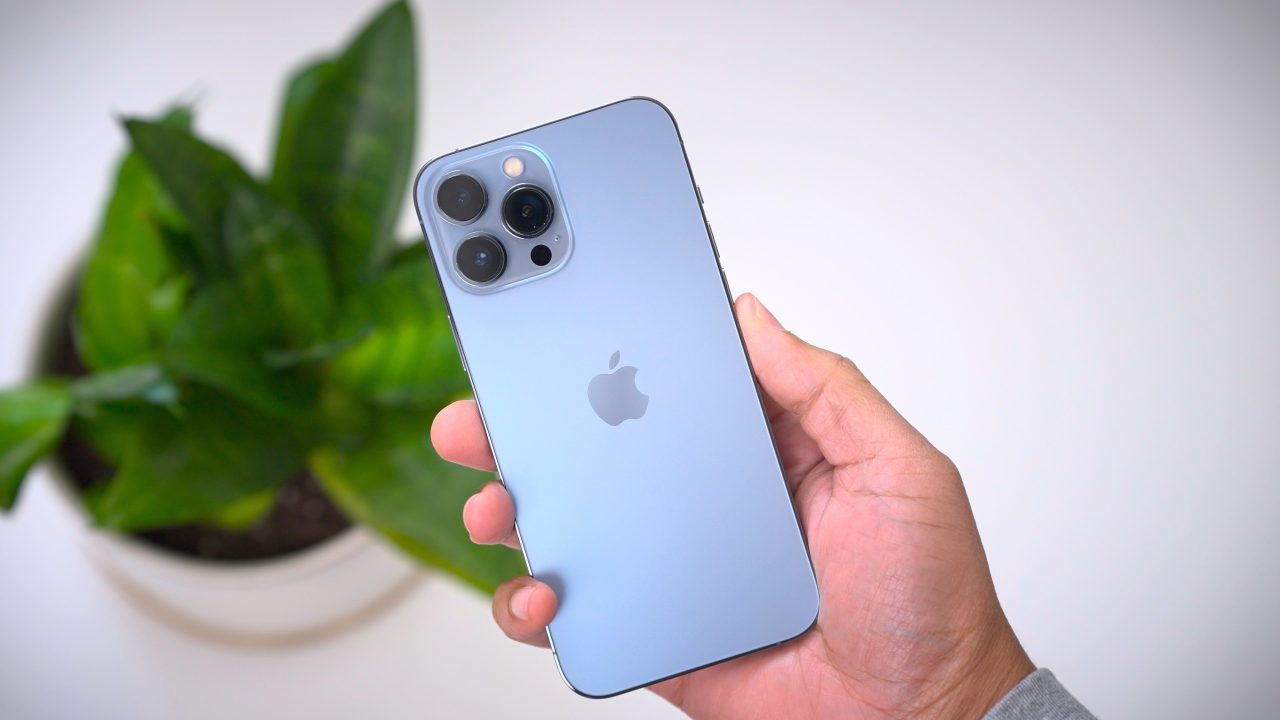 All of today’s deals are up for the taking and headlined by a pre-paid iPhone 13 Black Friday sale. That’s on top of ecobee’s HomeKit smart thermostats seeing holiday discounts and this ongoing B&H Black Friday Apple event. Hit the jump for all that and more in the latest 9to5Toys Lunch Break.

Visible Wireless is now rolling out its Black Friday offers across all of Apple’s new pre-paid iPhone 13 series handsets. Bundling in up to $200 gift cards with the pre-paid smartphones, you’re also getting a pair of AirPods Pro thrown in to increase the total value up to $449. You’ll need to port over a phone number, and then stay subscribed to the service for three months in order to lock-in the sale. This is by far the best promotion we’ve seen for those who don’t have an existing smartphone to trade-in to a carrier.

Apple’s just-released iPhone 13 series launched earlier this fall with the new A15 Bionic chip under the hood on top of improved battery life. There’s still the squared-off design reminiscent of the iPhone 4 on top of a new Super Retina XDR display in one of four sizes with a smaller notch. There’s also an upgraded camera experience with its new Cinematic mode and improved sensors. Dive into our coverage for a closer look.

The ecobee Black Friday deals are going live ahead of the big day next week and are headlined by the ecobee HomeKit-enabled SmartThermostat for $199 at Amazon. Live through the end of the month, you’re looking at $50 in savings from the usual $249 price tag. This matches our previous mention and is the best price of the year.

Arriving with HomeKit support out of the box, ecobee SmartThermostat packs a touchscreen display to pair with all of the voice control and scheduling features. There’s also the bundled temperature sensor to help keep your home comfortable this winter with hyperlocal readings. It was also just announced that the SmartThermostat will be receiving onboard Siri support. Dive into our hands-on review for a closer look.

With all of the Black Friday 2021 savings slated to kick off in the coming days, B&H is giving you one last chance to beat the rush by launching a new four-day Apple sale live through the weekend. Delivering discounts on Apple’s latest releases, we’re seeing some rare discounts and all-time lows across a selection of Macs, iPads, and more. Our top pick is the all-new M1 Pro-powered 14-inch MacBook Pro starting at $1,949 for the 14-Core GPU model. There’s also $100 in savings to be had on the upgraded model, which goes for $2,399. Marking some of the very first price cuts we’ve seen, you’re looking at a new all-time low alongside a rare chance to save on the new release.

Apple’s all-new M1 Pro MacBook Pro arrives with an almost entirely redesigned package that refreshes everything from the screen to the internals. Its 14-inch Liquid Retina XDR 120Hz Display pairs with all the power of the new M1 Pro chip, alongside the return of MagSafe charging. There’s also up to 17-hours of battery life and improved I/O, including three Thunderbolt ports, HDMI, and an SD card slot. Get all of the details right here.

Save 40% on meross HomeKit desk lamps

The official meross Amazon storefront is now offering its HomeKit Tunable White Smart Desk Lamp for $39. Typically fetching $65, you’re looking at a new all-time low of 40% off while beating our previous mention by $10.

Featuring a sleek design, this HomeKit desk lamp arrives with tunable white illumination that can range from temperatures of 2700 to 6000K. That’s alongside being able to dim the lamp, or adjust its angle with the 180-degree hinge towards the top. As noted before, Siri support will likely be a highlight for many, but there’s also Alexa and Assistant support, too. You can learn more in our launch coverage.

The official Raptic Amazon storefront is now offering its Link AirTag Case with carabiner for $16. Regularly $20, like it fetches direct, this is 20% of the going rate, the first notable price drop we have tracked, and the best we can find.

Now joining the ongoing 20% price drop on the brand’s metal 3-digit combination lock AirTag case, Raptic has released some of the more robust and unique options out there for Apple’s item trackers. The Link case features a machined aluminum exterior with a soft silicone interior and a raised rubber scratch protection lip. The detachable and included carabiner makes it easy to clip to your EDC (or just about anything else) and this makes for a unique add-on gift for any AirTag user or recipient on your list this year.