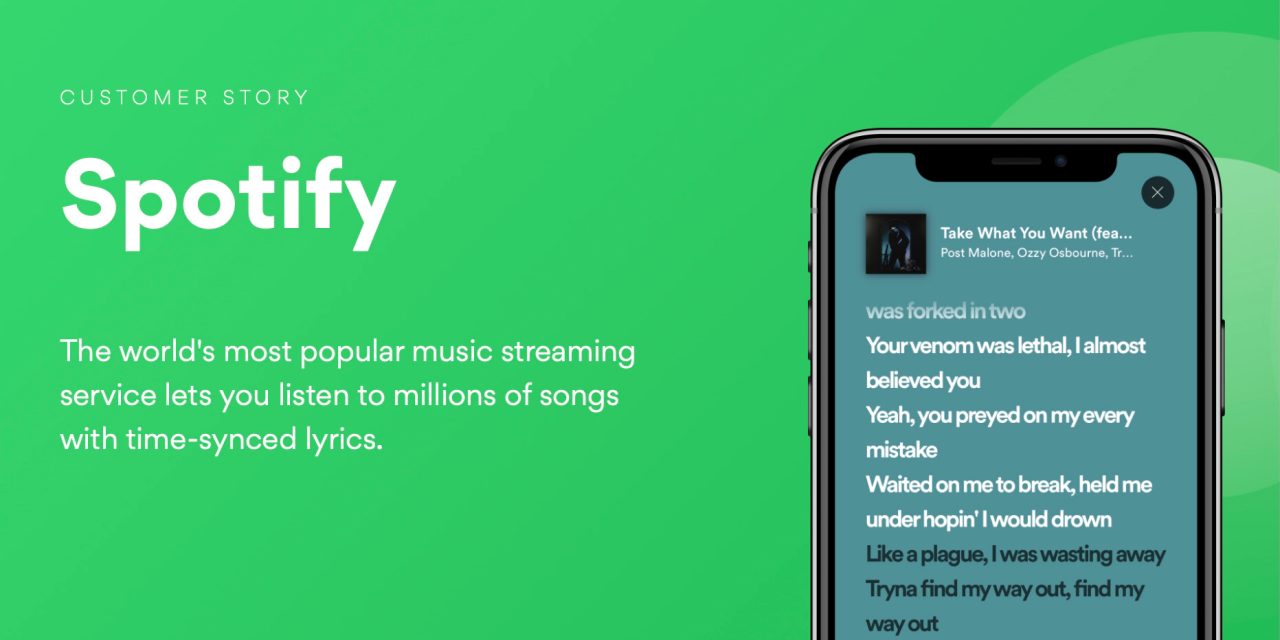 For over a year, Spotify has been testing the Apple Music-style live lyrics feature. After expanding it to the US at the beginning of the year, it’s now being rolled out globally. According to TechCrunch, Spotify will use lyrics provided by Musixmatch to expand its deal and offer live lyrics to users in India, Latin America, and Southeast Asia.

Previously, most markets had the “Behind the Lyrics” feature, which launched in 2016 but didn’t offer real-time lyrics, which has been a complaint for thousands of users over the years. Because of that, the company confirmed to TechCrunch it will end “Behind the Lyrics” due to this new feature.

There’s also a built-in sharing button that allows users to select the lyrics they want to share and the destination. Fortunately, free and premium users can use this new Lyrics experience with no problem.

Still in the music department, while Spotify is catching up with Apple Music with its live lyrics feature, Deezer announced today it’s launching synchronized lyrics on Xbox. With that, the music streaming service will offer an enhanced experience that will let gamers sing along to their favorite tracks straight from their console.

Different from Spotify’s Lyrics, Deezer requires you to have a Premium subscription. It notes:

Xbox fans who want to take a break from playing can also hit pause and focus solely on their music. Chill out to your personal Flow, an infinite stream of tracks that include tracks you love and new recommendations. If Flow plays a song you don’t like, then just hit our ‘ban’ option and you won’t have to worry about ever hearing an unwanted track again.