Opinion: Final thoughts after migrating from Apple Music to Spotify 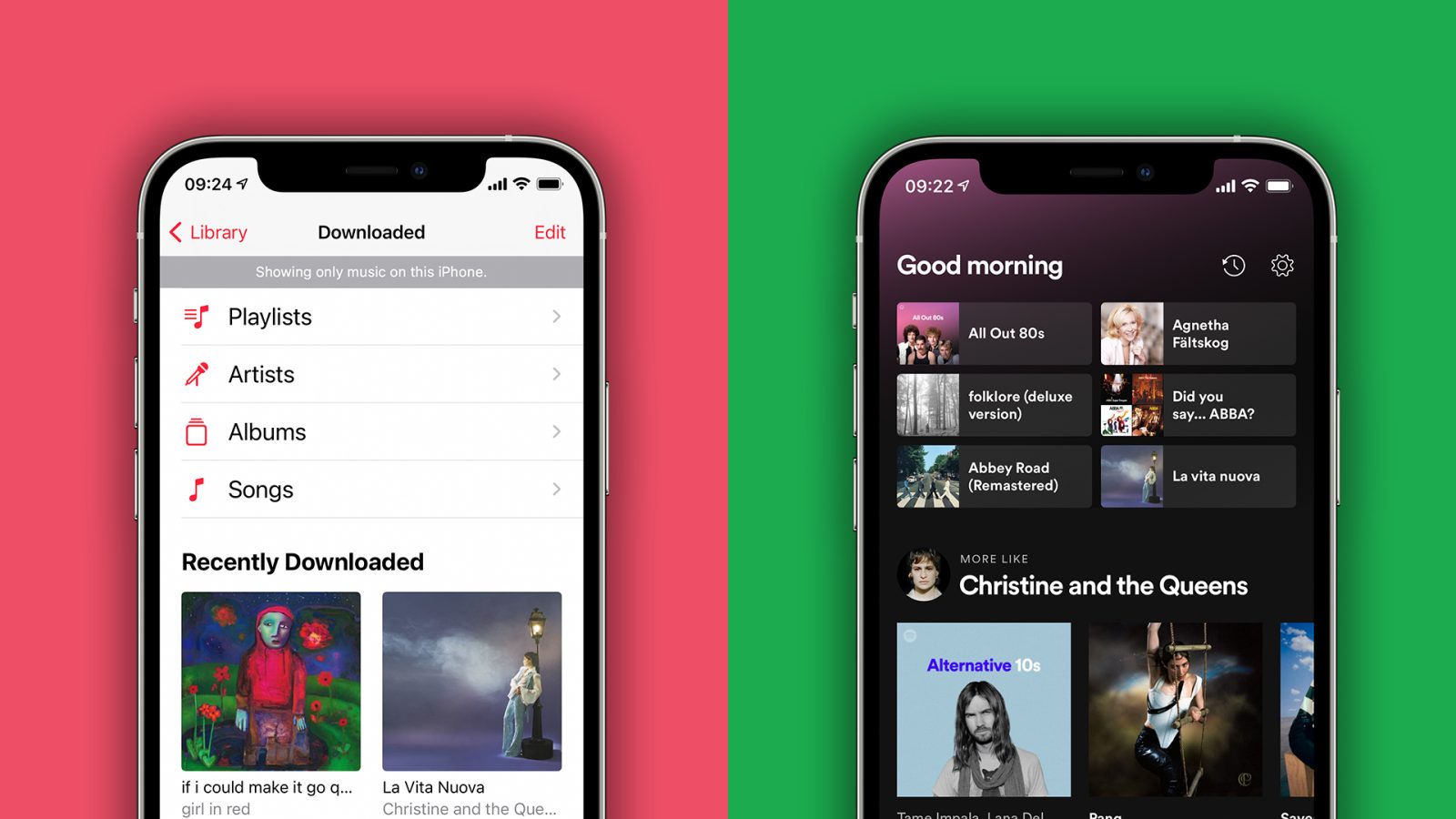 In April, I decided to give Spotify a try over Apple Music. As an Apple Music subscriber since day one, I always wondered how it was using Apple’s most important competitor in the music streaming war. After almost a month, I finally decided whether I’m going to stay as a Spotify subscriber or switch back to Apple Music.

To avoid rehashing what I’ve written in the past, here are some links to my previous coverage on the comparison between Apple Music and Spotify.

Without further ado, I’m moving back to Apple Music, here’s why:

Three things will keep me using Apple Music over Spotify and, for me, they are a pretty big deal.

Starting with Apple One, I think is more convenient to pay one subscription for a lot of services rather than paying only Spotify for one service. With the Apple One Family plan, I have 200GB of iCloud storage, Apple TV+, Apple Arcade, and Apple Music, and I can share all of these services with my family. For $19.95 a month, I have way more benefits instead of paying $9.99 per month for Spotify individual plan or $16.99 for a family subscription that only includes the music service.

Another big deal is the Apple Watch app. I’m used to exercising without my iPhone nearby and the Apple Music app is way more useful. I can easily select my playlists and search among all the artists, albums, and songs that I have. I can even download playlists and albums for offline listening, which is currently unavailable on the Spotify Apple Watch app.

I also found the Spotify app a bit clunky. After two years without offering an Apple Watch app, Spotify still needs to make some improvements over its recently-launch app.

Finally, during this month, I really missed the ability to check my library with all my songs. Rather than just choosing a playlist, or album, or an artist, I just love having all my downloaded songs in one place. I also noticed how weird is the fact that I can’t download/add a single song on Spotify. I have to add or download the entire album. Can I just enjoy one song? Do I have to like all of them?

Spotify: The good, the bad, and what I’ll miss the most

Now I have to go back and talk about Spotify. It is indeed a really great service and anyone who is already subscribed to it is for sure happy. The thing I enjoyed the most about using Spotify was its macOS app.

I don’t listen to a lot of songs with the Music app on the Mac but with Spotify I did. It’s an easy interface to use, I can check what my friends are listening to, and I just enjoyed it a lot. In fact, this is the place where I listen to music the most.

I’ll also miss the playlists created by artists. I know Apple Music has the same feature, but Spotify gives you additional ways to connect with artists and learn about their favorite songs and inspirations.

One thing that I didn’t appreciate about Spotify, apart from the lack of a proper library with my songs, is how much it wants me to try its playlists. Over my one month with Spotify, I felt like I was listening less to the things I already like because of Spotify’s emphasis on discovering new music.

And every time I listened to a different artist, Spotify tried hard to give me a playlist with the band and another one hundred similar artists. Again, this meant that I started listening less and less to albums and songs I already enjoyed and stayed on a loop with the same three to four everyday artists.

In a way, it feels like Memoji or the Slofie thing Apple promoted a few years back: it’s good to know they exist, you may try them once or twice, but with time you just forget about them. Of course, I’d be happy if Apple Music implemented these features, but now I know they’re not as important as I initially thought.

Also, I don’t think is a great idea to combo music and podcasts in the same area. I don’t know if anyone ever created a playlist with Taylor Swift songs and Office Ladies podcast episodes. It just feels weird. What about if I don’t like podcasts at all? Do I have to receive all these recommendations every day?

Again, I enjoyed using Spotify a lot and I think the HiFi subscription tier is going to be a great addition to the service – I hope Apple Music follows the same path. I also found it was funny how different I experience music with distinct services.

Apple Music feels more personal while Spotify seems like “Here’s what everybody is listening to, you should try it too.”

In the long term, there’s not a right or wrong answer about what is the best music streaming service. You have to think about the devices you use to listen to music, how much are you willing to pay, and how you like to experience music.

I know there’s plenty of things I didn’t talk about in regards to both Apple Music or Spotify. What are some of your favorite features of each service? Let me know in the comments below!