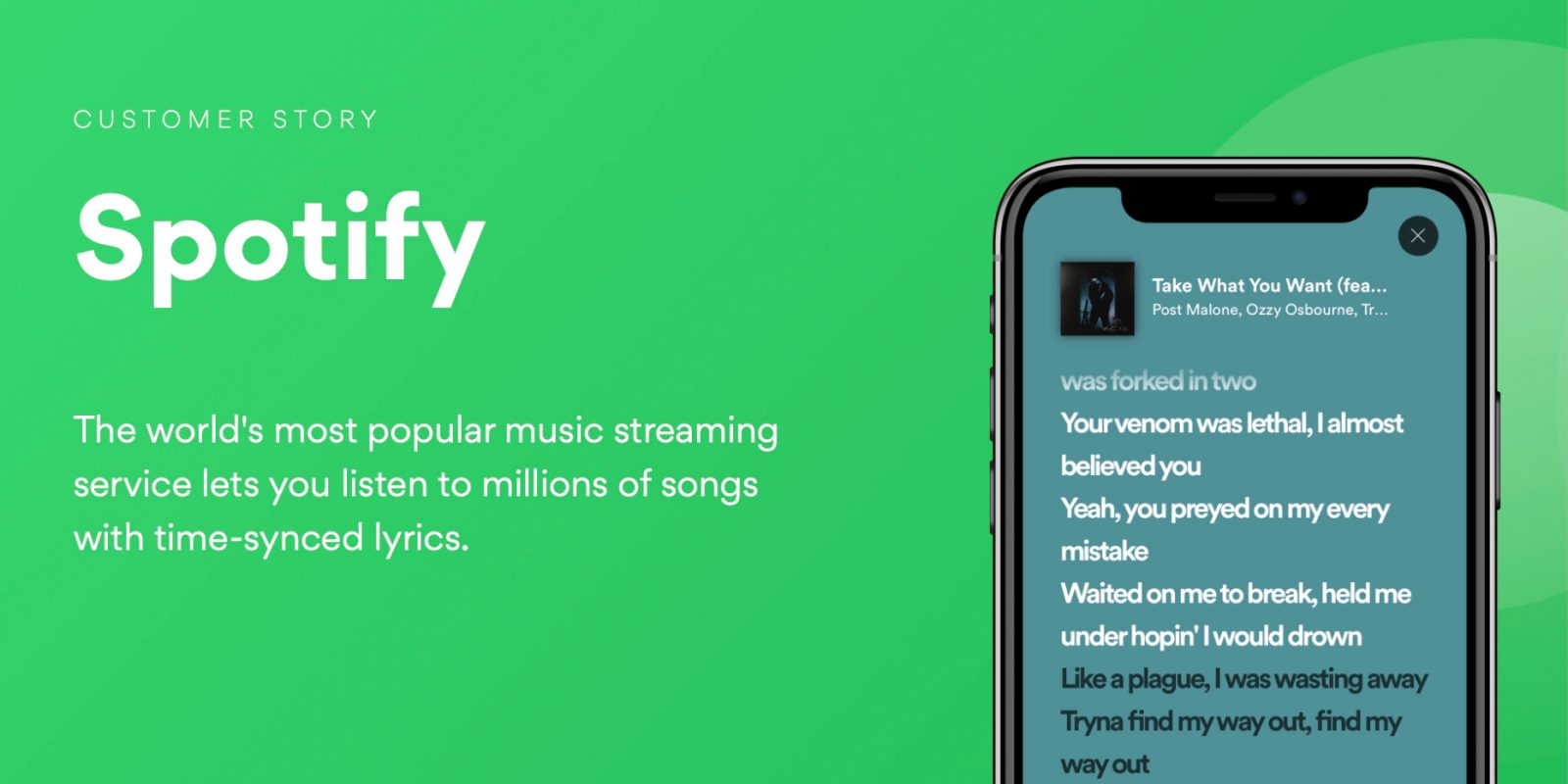 The company said that it is currently testing the live lyrics feature with “a select number of users in the US,” so not everyone will have access immediately. The company also did not confirm when or if a full rollout will commence to all users. The statement reads:

We can confirm we’re currently testing our lyrics feature to a select number of users in the US,” a spokesperson told Engadget in an email. “At Spotify, we routinely conduct a number of tests in an effort to improve our user experience. Some of those tests end up paving the way for our broader user experience and others serve only as an important learning. We don’t have any further news to share at this time.”

To check to see if your account on Spotify has the live lyrics feature, open the app and choose a song, then look for the lyrics option below the playback controls.

How often do you find yourself using the Apple Music Live Lyrics feature? Are you a Spotify user holding out for the feature? Let us know down in the comments!