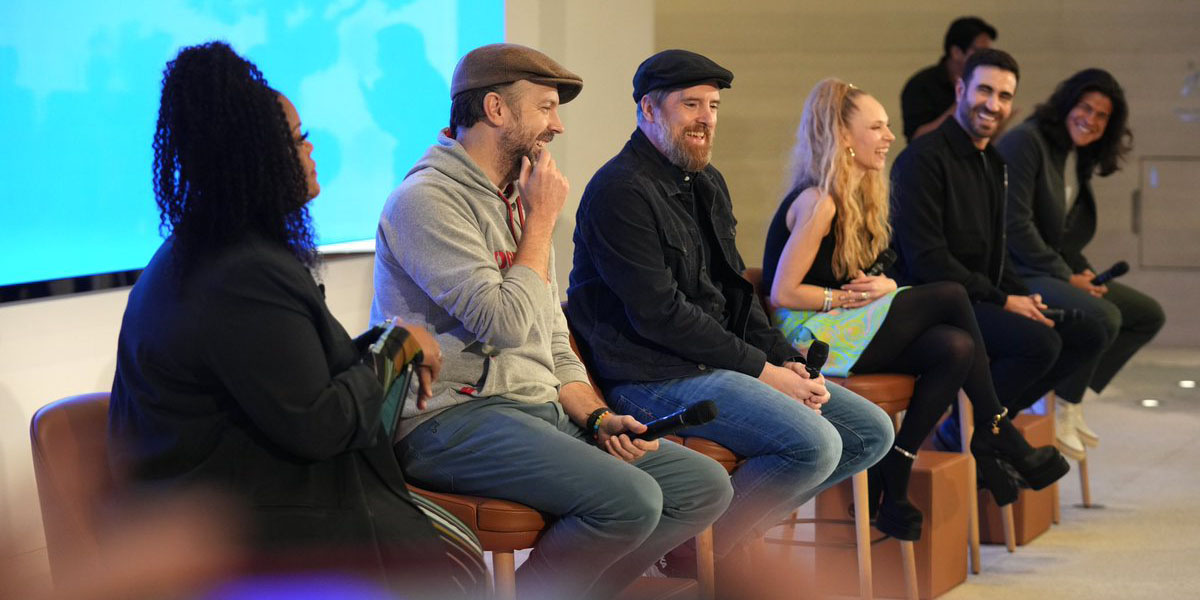 Jason Sudeikis and other Ted Lasso cast members have attended a Q&A event at The Grove, the LA Apple Store opening today.

Apple says that the store, which originally opened in 2002, is now twice the size and has been “entirely reimagined” …

CEO Tim Cook said that the evening was “unforgettable,” but the Q&A itself hasn’t yet been shared.

Apple’s announcement mostly reiterated the awards won by the show.

Cook tweeted a couple of photos from the event.

The company also threw in a plug for the photographic capabilities of the iPhone 13, though the photo walk is predictably already fully booked.

The brand-new store […] will open its doors to the public on Friday, November 19, serving as an entirely reimagined destination for the LA community to discover Apple’s products and services, shop, get support and participate in free Today at Apple sessions, including Photo Walks.

In time for the holiday season, participants at The Grove can register to take a festive walk familiarizing themselves with iPhone 13 Pro features, including how to take stunning macro photos using the Ultra Wide camera, record video with Cinematic mode, and shoot with all-new Photographic Styles.

You may find the walk available at other stores.