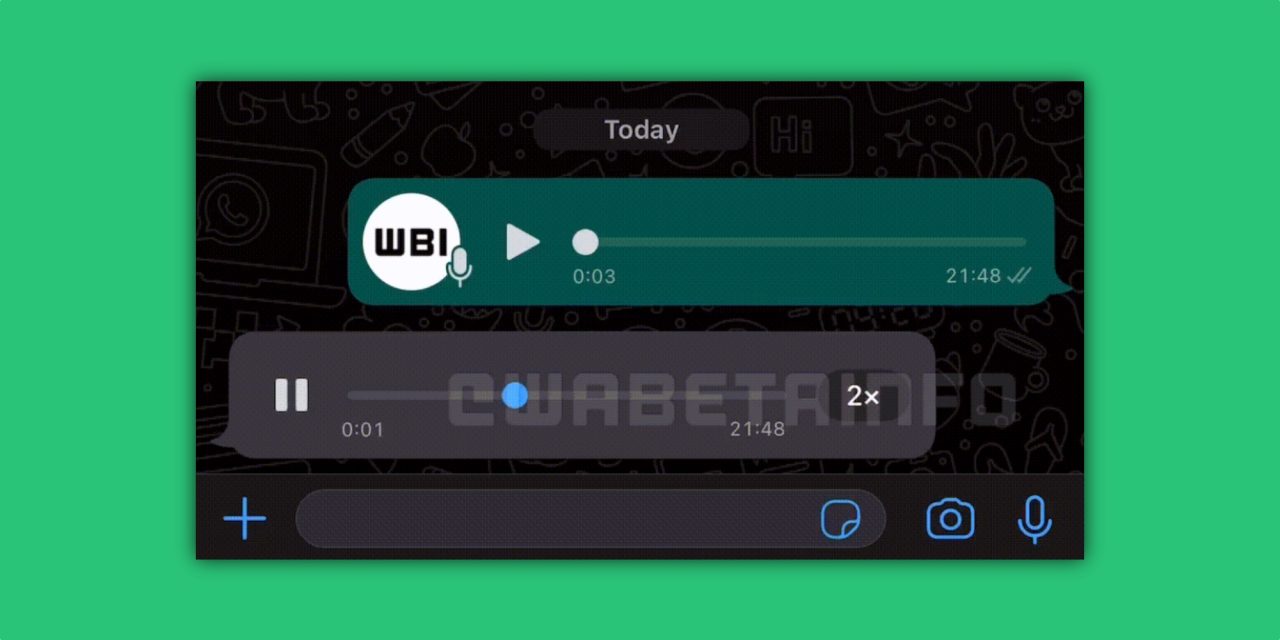 After WhatsApp released the ability to choose from different playback speeds for voice messages a few months ago, the app is now working on the same function but with audio messages. Currently, these messages still have to be listened to at a regular speed.

This feature was confirmed by always reliable WABetaInfo. According to the blog, WhatsApp is working to improve the ability to implement different playback speeds for all audio messages, independently if they were forwarded or just recorded by the user.

What’s an audio message? It’s simply a forwarded voice note. When you forward a voice note, it’s not possible to speed up the audio because the playback speed button is not available, but a new feature is coming for it at a later date:

As of now, WABetaInfo was only able to show the 2x playback speed, but surely the company will also add 1,5x as well.

Recently, 9to5Mac reported that the company is working on a new macOS app using Apple’s Catalyst project. With that, it will look similar to the upcoming WhatsApp iPad app, which will probably be available after the company releases the second version of multi-device compatibility.

As of now, users can already try multi-device support, but it’s currently in public beta and is only available for the WhatsApp for Desktop and Web versions as well as Portal devices. It’s also important to note that it still has lots of bugs, so the experience won’t be as smooth as it should be.

Are you excited to have different playback speeds for audio messages on WhatsApp? Share your thoughts in the comments section below.