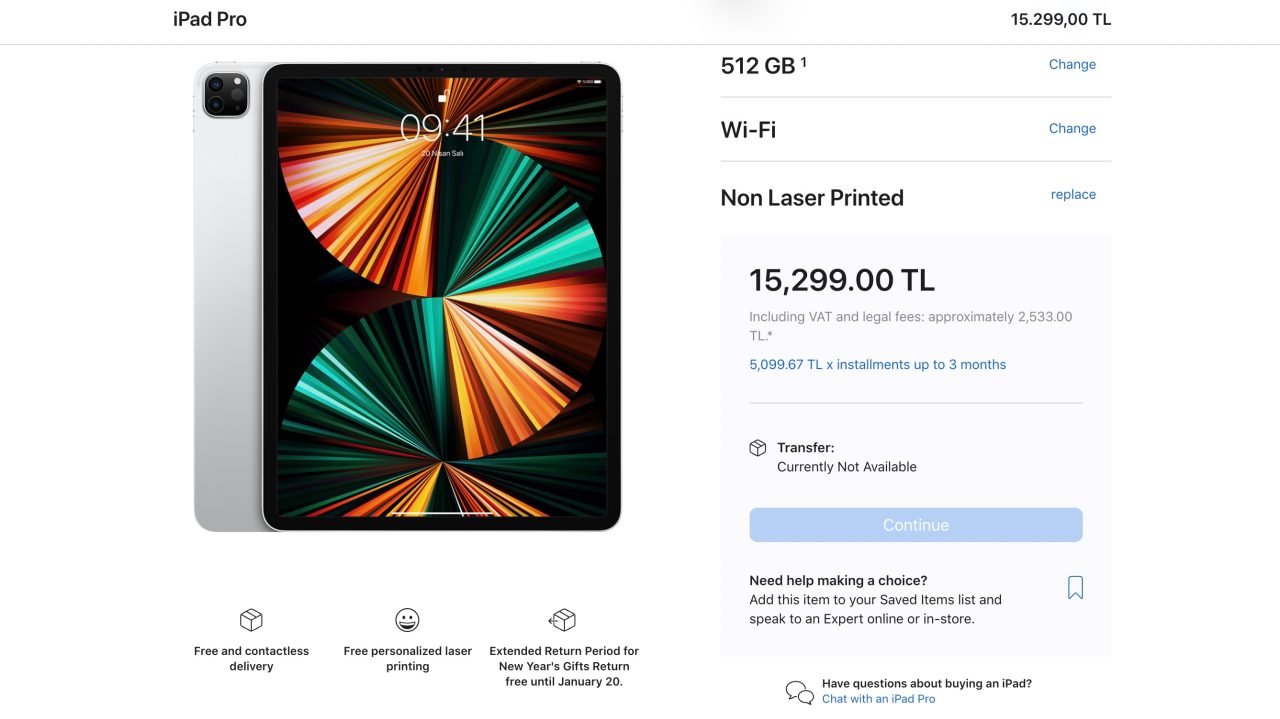 Apple has halted sales of nearly all of its products in Turkey in response to a worsening economic crisis in the country. As reported by CNBC, inflation in Turkey is nearly 20%, while the country’s lira currency has plummeted by as much as 15%.

Apple has halted sales both in-store and online….

Update November 24, 2021: Apple has also stopped selling products at its retail stores in Turkey, as first pointed out by macReports. According to the report, those who visit Apple Stores in Turkey are being told that “sales will resume after the exchange rate stabilizes.”

macReports has also shared a handful of images from the chaos at Apple Stores, where long lines have formed.

Currently, if you visit the Turkish version of the Apple Store Online, everything appears fully functional until you actually try to add a product to your shopping cart. While Apple has not publicly commented on this situation, it appears the company has halted sales in Turkey due to the economic crisis.

The sell-off was triggered after Turkish President Recep Tayyip Erdogan defended his central bank’s continued contentious interest rate cuts amid rising double-digit inflation. He labeled the move as part of an “economic war of independence,” rejecting calls from investors and analysts to change course.

As CNBC reports, at this point two years ago, the lira was trading at 5.6 to the dollar. This week it has hit a new low of 13.45 to the dollar on Monday. Meanwhile, inflation in Turkey is near 20% as of Tuesday.

Turkey’s currency has been in a downward slide since early 2018, thanks to a combination of geopolitical tensions with the West, current account deficits, shrinking currency reserves, and mounting debt — but most importantly, a refusal to raise interest rates to cool inflation.

It’s unclear how long Apple plans to limit sales of its products in Turkey in response to this economic situation. Again, the company has not yet publicly commented on the matter.