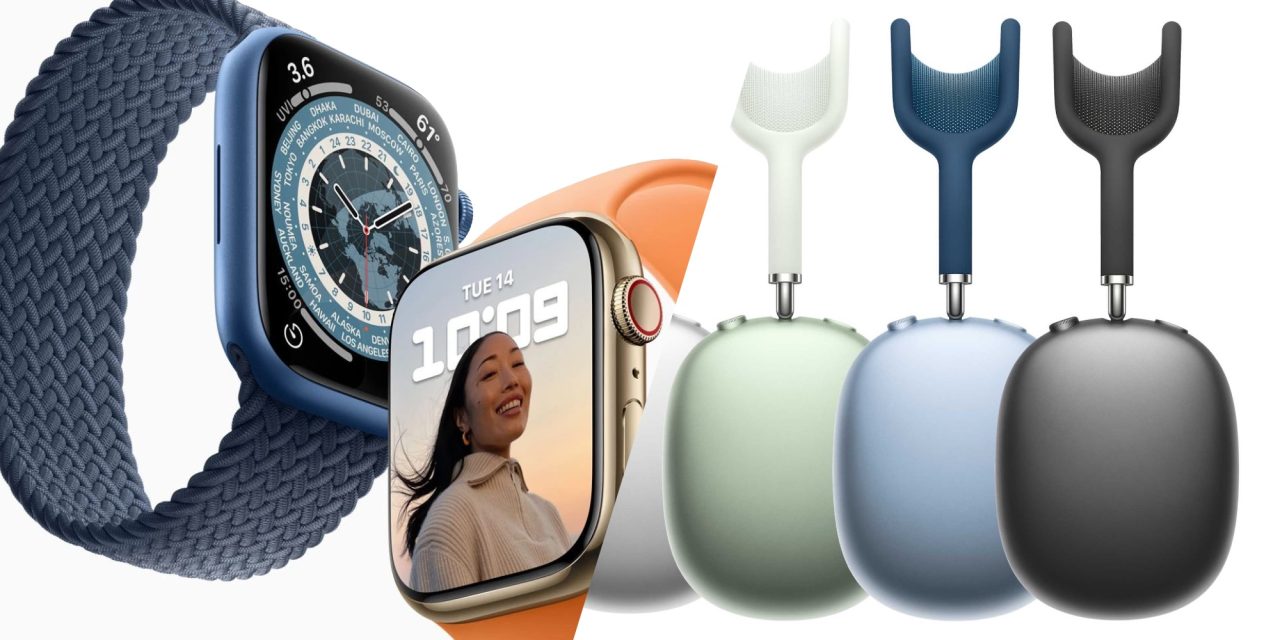 Thanksgiving has arrived and all of the best deals have followed. Headlining is a new all-time low on AirPods Max at $120 off for Black Friday, which is joined by a rare Apple TV 4K sale and Apple Watch Series 7 from $380. Hit the jump for all that and more in the latest 9to5Toys Lunch Break.

AirPods Max are more affordable at $120 off for Black Friday

Amazon is now offering the Apple AirPods Max in all styles for $429. Normally fetching $549, you’re looking at a match of the second-best price set only once before at $120 off. This is also the expected Black Friday price, too.

Delivering a flagship listening experience backed by Apple’s H1 chip, the new AirPods Max arrive with some of the best-in-class active noise cancellation you’ll find on the market. That’s alongside support for Hey Siri, Spatial Audio, and 20-hour playback. A premium build rounds out the equation, pairing an aluminum frame with a knit-mesh canopy and memory foam ear cushions. We found them to be a compelling, yet pricey offering in our hands-on review, though today’s deal certainly helps with the latter.

The Simply Mac Black Friday sale is on, offering savings of up to 50% on a whole range of Apple products and accessories – with child and adult Segway scooters thrown into the mix! If you’re looking for a new MacBook, the company not only saves you money on both low-end and high-end models, but it’s also offering a half-price HomePod mini with any Mac purchase.

Amazon is now offering the new Apple TV 4K 32GB with Siri Remote for $160. Matching the Amazon all-time low at $19 off the usual $179 price tag, the Apple TV discounts have been few and far between this year for those looking to upgrade to the most recent version.

But now the Black Friday discount has arrived, delivering the recently-refreshed Apple TV 4K backed by the A12 Bionic chip for dishing out HDR and Dolby Vision playback at 60 FPS. There’s HDMI 2.1 connectivity to take full advantage of those specs, and Wi-Fi 6 support to pair with an onboard Ethernet port. Alongside all of the usual streaming service access, there’s also Apple Arcade, the new display calibration functionality, and Thread smart home support. Not to mention, the all-new Siri Remote that owners are raving about. Get a closer look in our hands-on coverage.

Roborock deals up to 42% off

This Black Friday, you don’t have to break your budget to get an excellent robot vacuum and mop to keep your floors clean all year round. For a limited time, Roborock is offering as much as 42% off its best vacuums, with options perfect for all budgets and homes.

Amazon is now discounting a selection of all-new Apple Watch Series 7 models, delivering some of the very first price cuts on the standard GPS aluminum styles. Starting at $380 for the 41mm sizes, these are new all-time lows at $19 off the going rate and in most cases, the very first markdowns to begin with. Several different colors are available, as well as other styles at up to $29 off.

As the latest fitness tracker to join the lineup, Apple Watch Series 7 arrives with some notable improvements over its predecessors. Headlined by the noticeably larger screen, there’s now added IP6X dust-resistance to pair with the usual fitness tracking features. There’s also a new fast charging mode, which can deliver enough charge to wear overnight in just 8 minutes. Here’s how it compares to the previous generation models