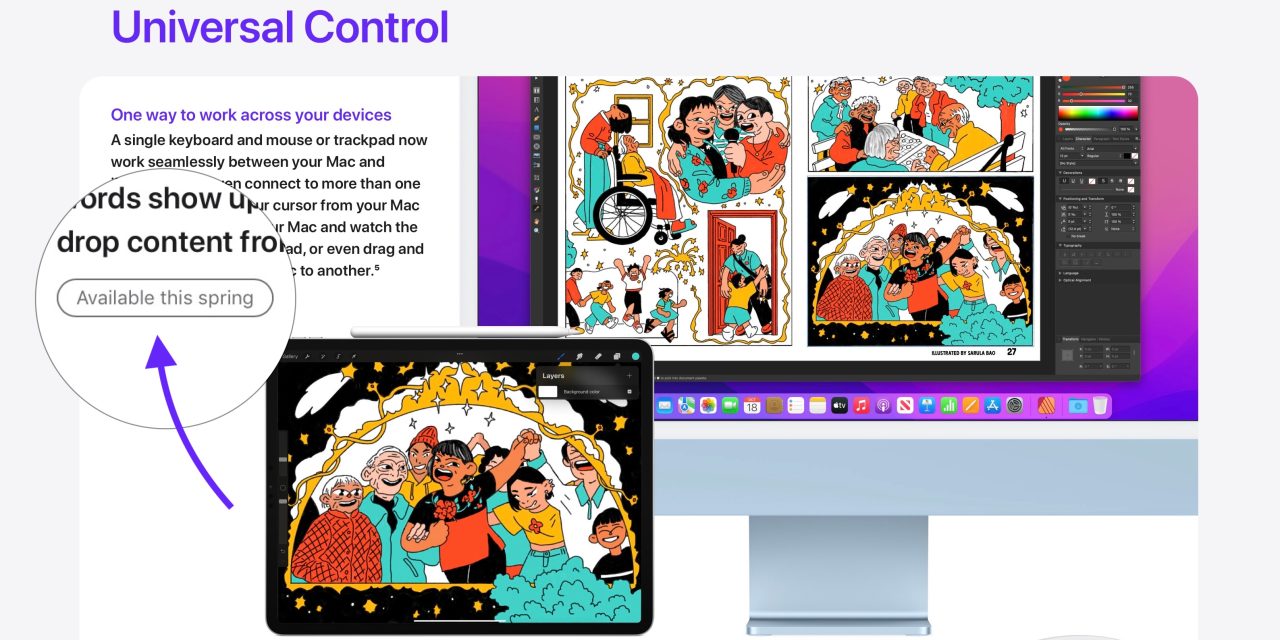 After launching macOS 12.1 with a range of new features and changes just before the end of the year, a notable exclusion was Universal Control. While Apple originally said it would launch the feature “later this fall,” the company has now updated its website with a spring launch date.

During the macOS 12, 12.0.1, and 12.1 betas and official releases, we haven’t seen the ability to fully test Universal Control (there is a workaround to test Mac to Mac support for UC).

Now Apple has changed the launch date for Universal Control from sometime before the winter solstice to “available this spring” as updated on its website (H/T Matt E).

Apple first showed off Universal Control during an on-stage demo at WWDC 21 and it ended up proving to be too ambitious to ship this year. Here’s how it describes the feature:

A single keyboard and mouse or trackpad now work seamlessly between your Mac and iPad — they’ll even connect to more than one Mac or iPad. Move your cursor from your Mac to your iPad, type on your Mac and watch the words show up on your iPad, or even drag and drop content from one Mac to another.

With the new update on availability coming this spring, here are the Macs and iPads that Apple says will support Universal Control:

While we’ll have to wait some more months for Universal Control – Apple technically has until June 21 – don’t forget you can use Sidecar + iCloud Drive for unified Mac + iPad experience.

In the meantime, here’s our hands-on look at Mac to Mac Universal Control from an earlier macOS Monterey beta: