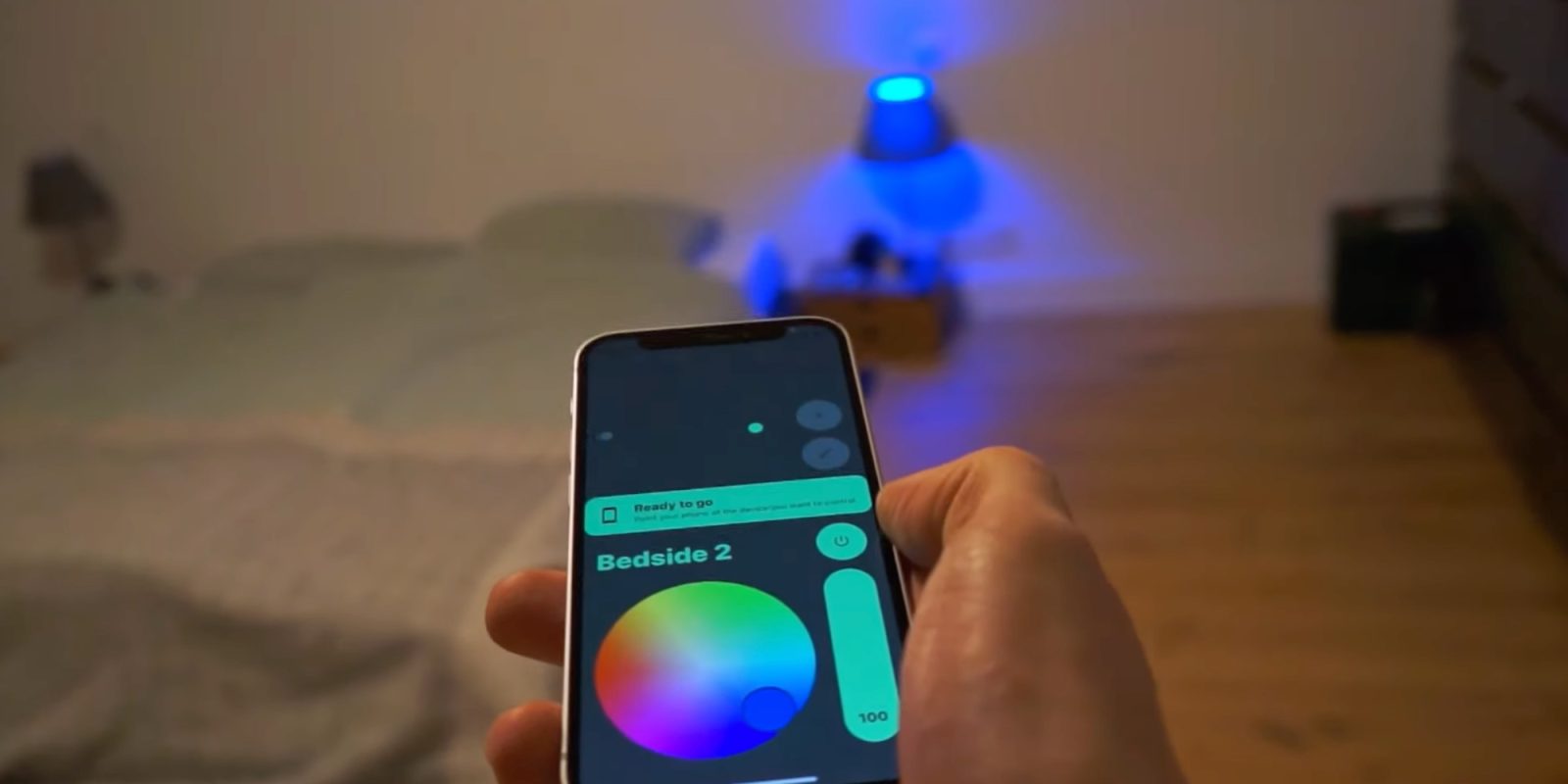 In April, I wrote a comment piece about what Apple products should gain the U1 chip. Unfortunately, Apple didn’t agree this year and the only new hardware that got its Ultra Wide Band chip was the iPhone 13 and Apple Watch Series 7.

Even though Apple is holding down control of this technology, a developer was able to build the ultimate smart home remote app that uses the iPhone’s U1 chip to control different smart home devices just by pointing at them.

iOS developer Bastian Andelefski told me that he created this smart home remote app which uses the iPhone U1 chip to control the house. The idea is very simple: by using the U1 chip, the iPhone is able to locate specific points in your home. With that placement established, you can turn on/off lights, change their colors, and more.

“I was originally inspired by the way ‘Find My’ gives you a direction and distance from the device you are looking for. If you redefine the problem from ‘where is the tag’ to ‘where am I relative to the tag’ and ensure that the tag doesn’t move you end up with very good indoor positioning.

The ‘field of view’ that iPhones have when it comes to UWB is pretty limited though, so to allow the user to roam freely I had to combine it with ARKit. Basically the U1 chip provides a known location in the room and from there ARKit takes over and keeps track of your movement relative to that point.“

As you can watch below, although the app works perfectly and in a very responsive way, Andelefski tells me it’s only a prototype. He acquired a development kit but says he can’t ship to customers as there isn’t any manufacturer or big company betting on something like that.

“The chips are available (…) but I imagine in a bit of a chicken and egg situation the demand for the hardware is low because there are no apps that use it and it’s impossible to write apps without hardware being available in stores. So ultimately I had to rely on expensive, hard to get development kits to even play around with any of this.“

He also explained that he tried using HomePod mini and AirTags as well, but Apple still limits the interactions with these devices and third-party apps:

“Originally I wanted to make use of the U1 chips in AirTags and HomePods, since people already own these devices and can pick them up easily from anywhere. But unfortunately Apple limits the use of it’s ‘Nearby Interactions’ API to recent iPhones, Apple Watches and third-party devices.“

You can watch the video below where he shows his smart home remote app in action as well as an explanation about why you can’t use it right in your HomeKit setup yet: