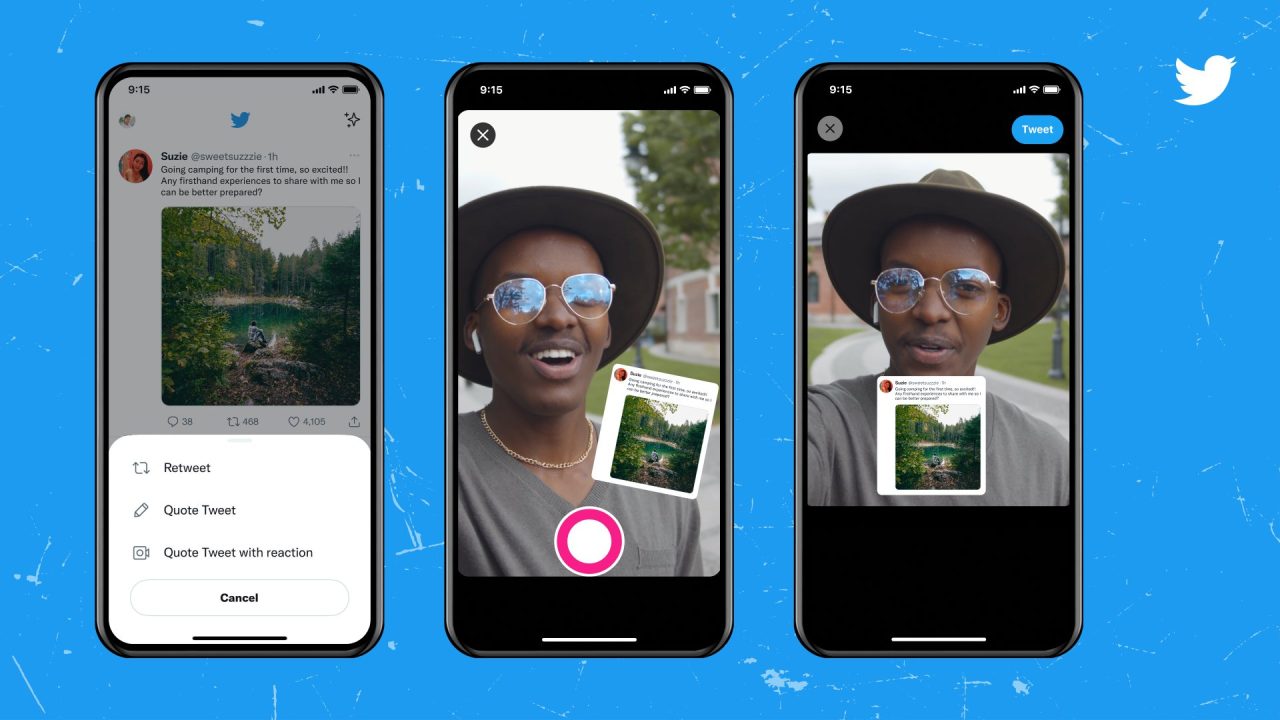 Twitter on Thursday launched a new feature in its iOS app for a small group of users. With this option, it’s now possible to retweet someone’s post and add your own video reaction using your camera.

As demonstrated by the company, those who have the new feature enabled will find a third option when they tap the retweet button, which will now show “Quote Tweet with reaction.” The option opens the camera and lets you record a video to react to the post you’re retweeting.

The original tweet is displayed in front of the video recorded by the user with an interface reminiscent of the now discontinued Fleets. There are no details about what the maximum length of a reaction video is, but it’s probably the same as for regular Twitter videos.

Once you’re done, the retweet with your reaction video will be visible to all your followers on the timeline. Twitter doesn’t say whether the feature is being tested with users in a specific region or when it will become available for everyone.

Last month, Twitter released an update to finally enable automatic captions for videos on its app and website as a way to make the social network even more accessible to all users.