WhatsApp for iOS plans to animate more heart emojis [U] 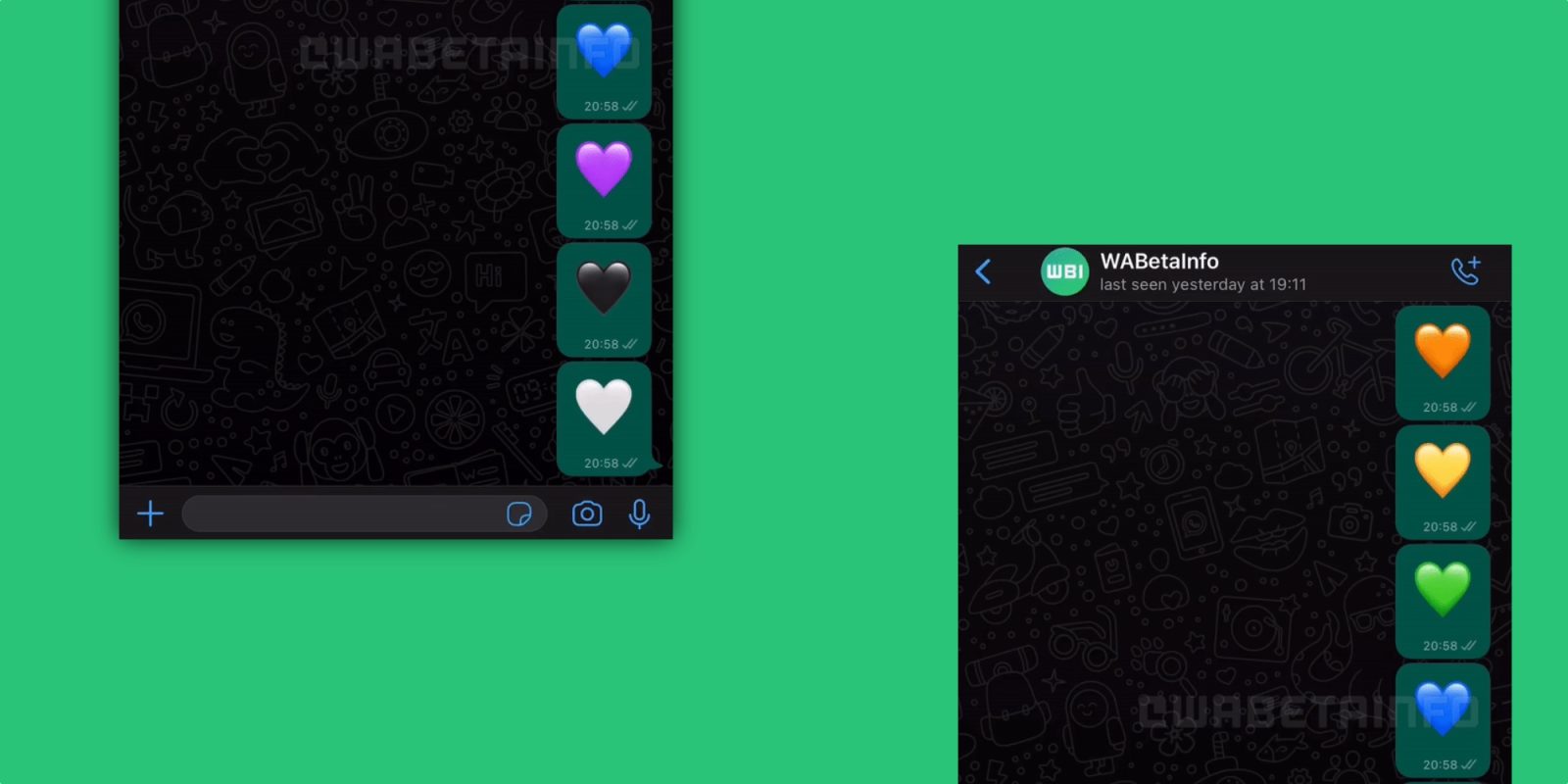 Update: With beta version 22.2.72 of WhatsApp for iOS, the app is now letting some public beta testers send animated heart emojis in a chat.

WhatsApp for iOS has more features up its sleeve as it’s developing new animated heart emojis for users to take advantage of when talking in a chat.

As you may know, when you send a single red heart emoji on WhatsApp, it starts pumping. Now, according to WABetainfo, WhatsApp is planning to add an animation to all the other hearts: orange, yellow, green, blue, purple, black, and white.

For now, this feature is still under development, which means it’s not available for public beta testers on iOS and Android devices, although it’s likely that the company will release this tweak for beta testers soon.

There’s another feature the team at WhatsApp is currently readying: the ability to react to messages.

Last month, WABetaInfo noted that users will be able to “react to a specific message once and reactions are limited to six emojis. Currently, the figures available are “Like,” “Love,” “Laugh,” “Suprised,” “Sad,” and “Thanks.” As of now, it’s unclear whether WhatsApp will make any emoji available as a reaction, as Meta now does with Instagram or if it’s going to be more limited the way Twitter is also working with reactions.

Also this week, WhatsApp started to work on two new features for its app. One of them is a new interface for voice calls.

WhatsApp is redesigning the interface for a future update in order to make it more compact and modern, organizing the available space: the new redesign will look nice especially while placing group voice calls.

Another one is a new indicator for end-to-end encryption on the Status, calls, and messages sections, which you can learn more about it here.