iPhone: How to improve Face ID with a mask, including Apple Watch Unlock feature 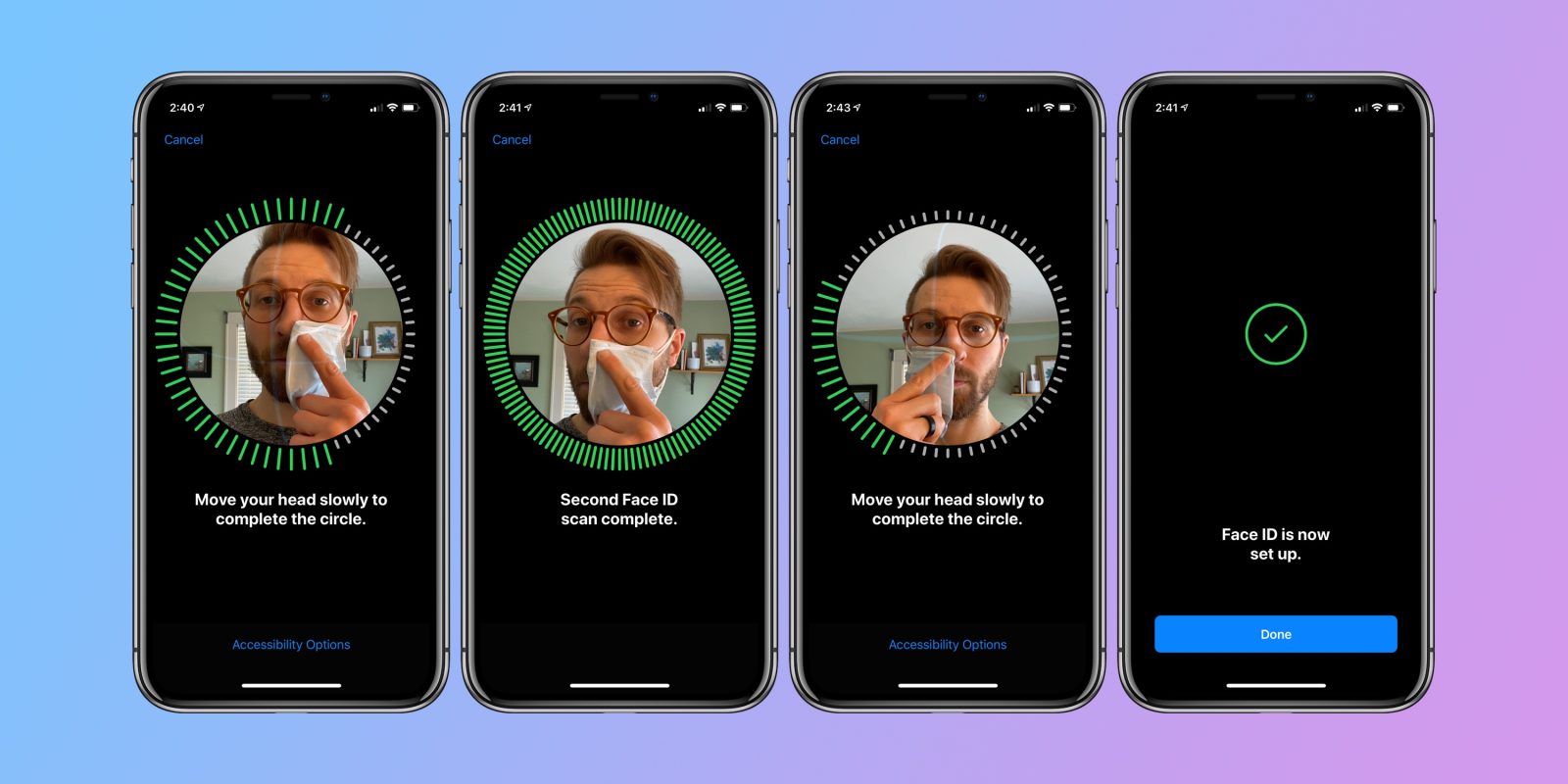 Wearing a face mask usually renders iPhone’s Face ID unusable. Even though it sounds like a first-world problem, there are a lot of people, including medical professionals, who would value Face ID on iPhone to work while wearing protective equipment. Read on for how to use Face ID with a mask including the option to unlock your iPhone with Apple Watch when Face ID detects you’re wearing a mask.

Update 3/14/22: With the release of iOS 15.4, Apple is officially supporting Face ID With a Mask. Check out how the feature works in our full hands-on.

Researchers at Tencent’s Xuanwu Lab (via the Wall Street Journal) discovered that you can often train Face ID to recognize you’re wearing a mask if you set up the biometric system while wearing half a mask.

The tutorial mentions folding a mask in half and going through the setup process for Face ID. In our testing, that worked, but not very consistently.

At 9to5Mac we found the most consistent method was using half a mask for the primary Face ID setup as well as doing/redoing the alternate appearance with a half a mask on the other side of your face to offer the best unlocking results.

For its part, Apple told the Wall Street Journal:

“Face ID is designed to work with your eyes, nose, and mouth visible,” an Apple spokeswoman said in a statement.

But if being able to use Face ID with a mask could be valuable to you, even if not a 100% unlock rate, try out the steps below.

And along with that option, we’ll look at how to use the Apple Watch iPhone unlock feature that first arrived with iOS 14.5.

iPhone: How to use Face ID with a mask