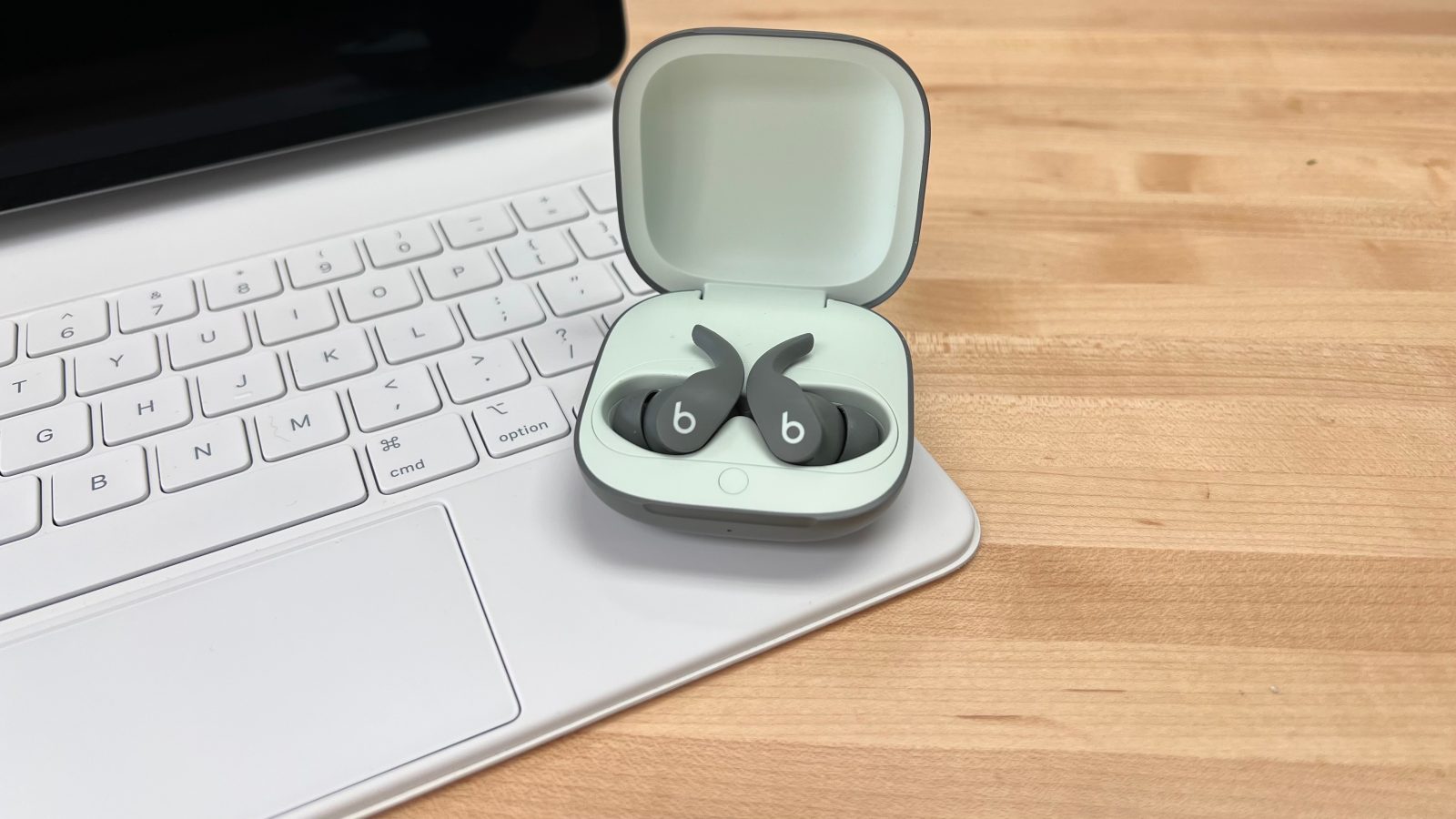 Heading into the weekend, all of today’s best deals are now up for the taking with a sale on the all-new Beats Fit Pro, including a $20 gift card. That’s alongside an official Apple Watch charger for $23 and Anker’s new Nano Pro USB-C chargers from $17. Hit the jump for all that and more in the latest 9to5Toys Lunch Break.

Amazon is now offering the all-new Beats Fit Pro True Wireless Sport Earbuds with a $20 Amazon gift card for $200. Normally fetching $200 for the earbuds alone, the added $20 credit has been about as good as it gets for scoring the new releases without paying full price.

Delivering the brand’s latest flagship earbuds, the new Beats Fit Pro arrive with a true wireless design geared towards tagging along on workouts thanks to IPX4 water-resistance and wingtip designs. Those in the Apple ecosystem will find its built-in H1 chip to be the star of the show, enabling Hey Siri support alongside fast pairing and more. Battery life clocks in at six hours, though the companion charging case will bump that up to 24. You can see how all of that stacks up in our hands-on review.

Anker’s official Amazon storefront is now offering its new Nano Pro 20W USB-C Charger in all four colors for $17. Marking one of the first discounts we’ve seen period, today’s offers are down from $20 and deliver new all-time lows on the entire lineup of styles. As Anker’s latest and most compact charger, its new Nano Pro still packs 20W of power output over a USB-C PD port. Perfect as an iPhone companion, or any other smartphone for that matter, it sports a unique design that comes in one of four colors. Our hands-on review offers a better idea of what to expect.

If 20W of power won’t cut it, Anker’s official Amazon storefront is also rolling those rare savings over to another one of its new chargers. Right now, the 40W Nano Pro two-port USB-C Charger is also on sale, dropping to $30 in a variety of styles. Delivering the first price cuts on the expanded palette of colors, you’re looking at a series of new all-time lows from the usual $36 going rate. This one packs many of the same design cues as the lead deal, just with a second USB-C port and twice as much power.

Staples is now offering the official Apple Watch Magnetic one-Meter Charging Cable for $23. There’s also no-cost one-hour pickup in some locations, too. Normally fetching $29, you’re looking at an all-around rare discount at nearly 20% off as well as the lowest price since back in the summer of 2021.

Whether you’re looking to refresh the aging charger on your existing Apple Watch or want to grab a spare for your everyday carry or somewhere else in your home, today’s price cut delivers a rare chance to save on the official charger. There’s the familiar magnetic puck on one end and a USB plug on the other, with one meter of cord in-between.

Apple’s latest M1 iMac was refreshed last year with Apple Silicon under the hood alongside a drastically redesigned exterior to match. Rocking a 4K Retina display with True Tone and a 1080p FaceTime camera, there’s also six speakers capable of delivering Spatial Audio playback. Not to mention, a pair of Thunderbolt ports and 256GB of storage to round out the package with 8GB of RAM and an Ethernet port in the power brick. Get a closer look in our first impressions coverage.

Save on Eve HomeKit cameras and accessories from $40

Closing out the work week, Amazon is now discounting a selection of Eve HomeKit accessories headlined by its Eve Cam 1080p HomeKit Security Camera for $130. Down from its usual $150 price tag, you’re looking at $20 in savings alongside the third-best discount in the past year at within $10 of our last mention. Equipped with HomeKit Secure Video support, Eve’s foray into the connected camera game delivers 1080p recording, an emphasis on privacy, and an indoor design. Other notable features here include rich notifications, motion alerts that can distinguish between people and pets, and more. Our recent hands-on review offers a better idea of what to expand and you can head below for more from $40.