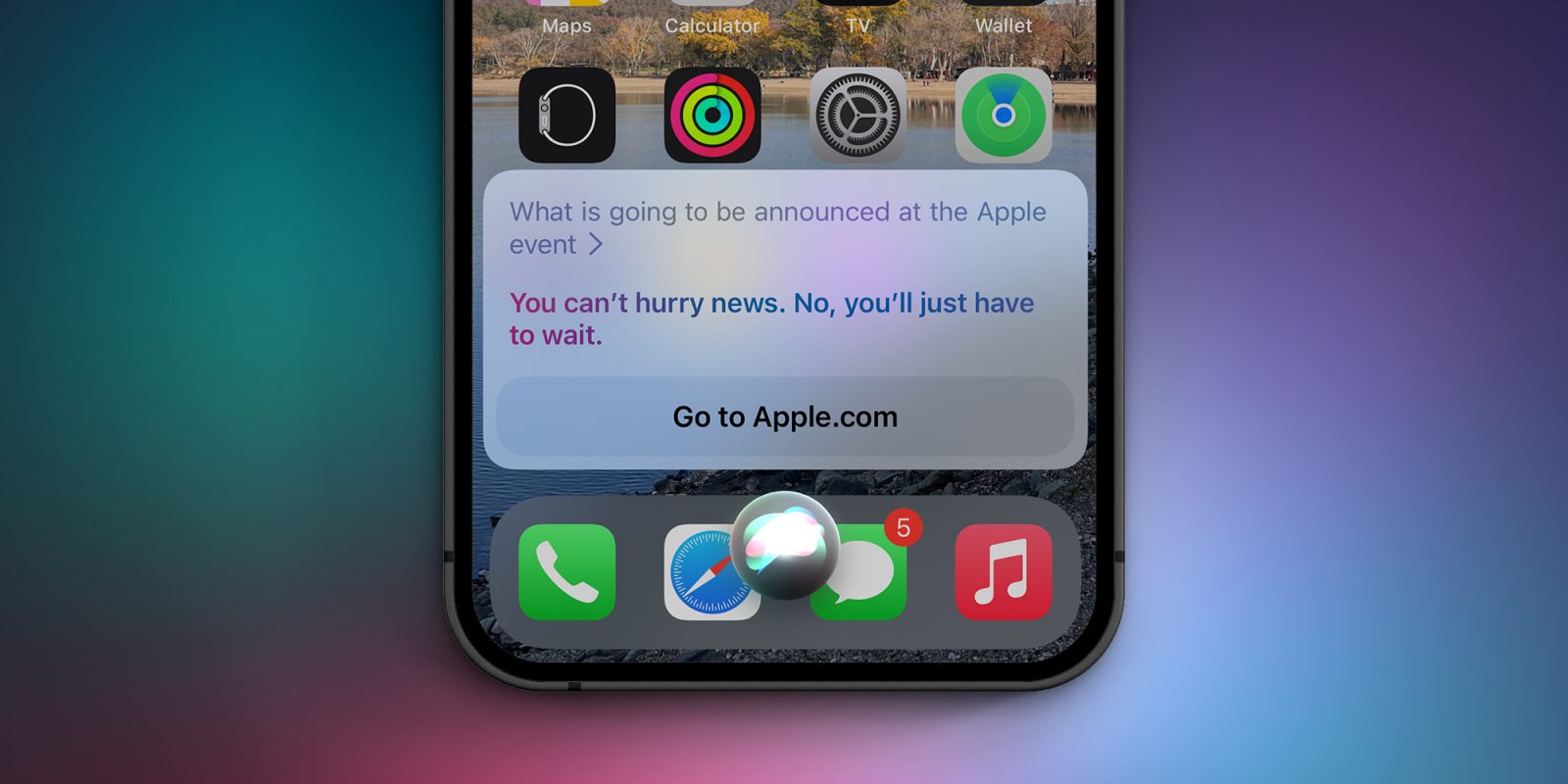 Bloomberg‘s Mark Gurman has been teasing a March Apple event for a few weeks now. As people were expecting invites from the Cupertino company dropping today, it looks like we may have to wait a bit more, according to Siri.

If you ask the personal assistant “What is going to be announced at the Apple Event?” Siri gives you this answer:

This is interesting because whether you try different wordings of this phrase or when an Apple event will occur, Siri just directs you to the Apple event website.

Previously, Siri has teased the Spring event before Apple announced it. In 2015, for example, the personal assistant gave different answers when you asked it “Give me a hint.” As a matter of fact, “Give me a hint” also makes Siri say “You can’t hurry news” now.

Apple is rumored to hold a Spring event to announce a brand new iPhone SE with 5G support, a new iPad Air with the Central Stage feature, and up to three new Macs, according to a filling in the Eurasian database.

Although Apple could still announce an event for March 8, 9to5Mac‘s Chance Miller notes that the company might delay this event due to the conflict between Russia and Ukraine. As this is a delicate moment, Apple could think an event right now would be bad PR for the company.

That said, Apple could also just make these products announcements as press releases, as it has done a few times in past years.

Here’s everything we expect from this upcoming event. While we wait, don’t forget to listen to Siri’s words of wisdom and let it be.