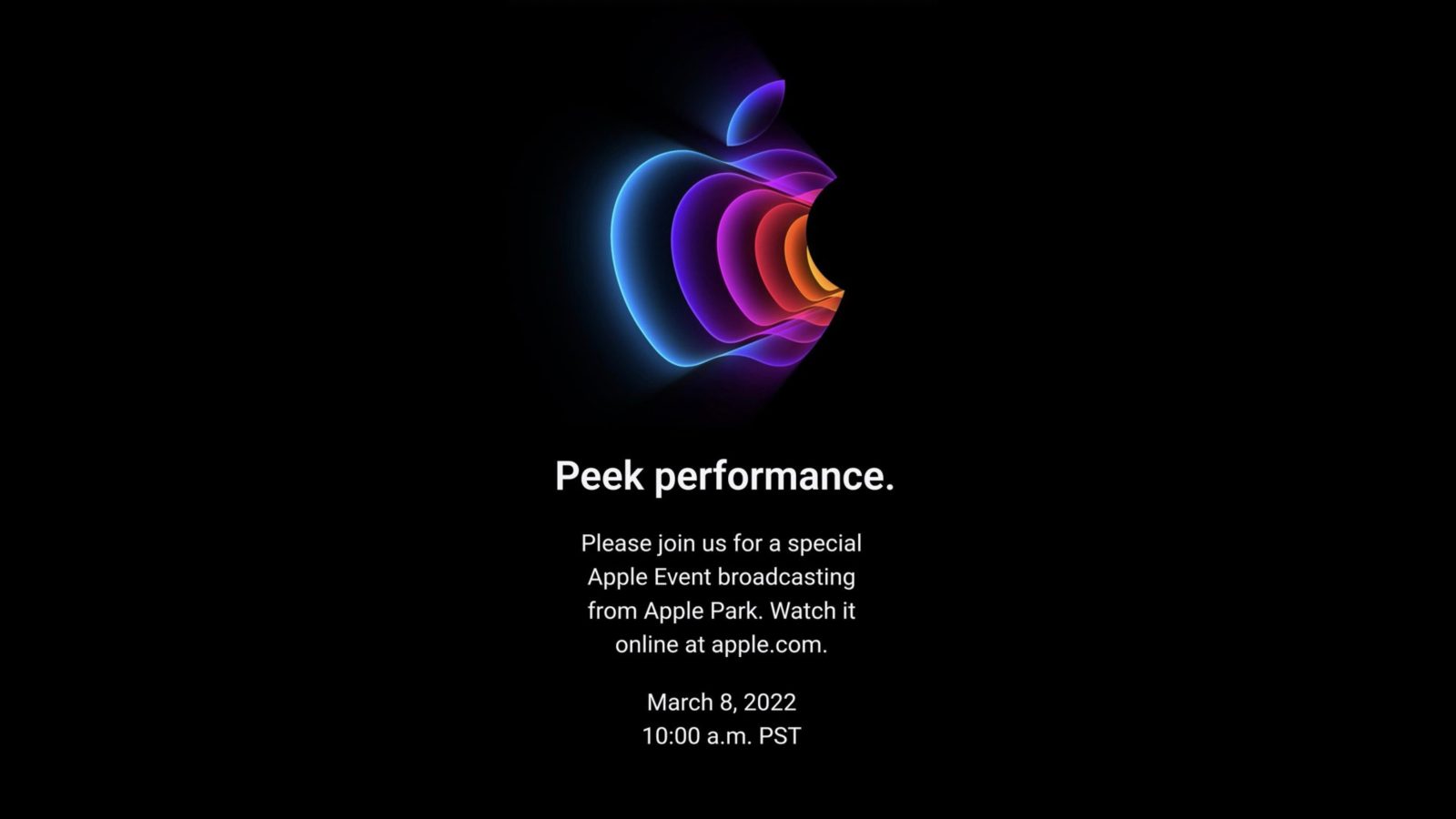 Apple has officially announced its first special event of the year for March 8. Apple is teasing this event with the tagline: “Peek performance.” It is set to be a virtual event, and rumors indicate it will focus on the introduction of a third-generation iPhone SE, a refreshed iPad Air, and new Apple Silicon-powered Macs.

Apple’s plans for a March 8 event were first reported by Bloomberg at the beginning of February. Apple has now made the event a official with invites being sent to members of the press. This marks the second year in a row that Apple has held its spring event virtually due to the COVID-19 pandemic.

The March 8 event will kick off at 10 a.m. PT/1 p.m. ET. It will be live-streamed across Apple’s website, the company’s YouTube channel, and directly in the Apple TV app on iPhone, iPad, Mac, and Apple TV. We’ll have more details on how to watch the event once event day officially rolls around.

First off, a new iPhone SE 3 is believed to be on the way. This device will reportedly feature a design that is identical to the current iPhone SE, but with the latest A15 Bionic chip on the inside as well as support for 5G connectivity. While a low-cost iPhone SE isn’t the most exciting new product announcement, analysts believe it could be an attractive product for Android switchers.

Apple is also reportedly working on a new iPad Air 5. This device serves as the successor to the iPad Air originally announced in October 2020. The new model is expected to feature upgrades including an A15 Bionic chip, 5G connectivity, and an upgraded 12MP ultra-wide front-facing camera with Center Stage support.

Finally, and perhaps most notably for many of you, new Macs powered by Apple Silicon are also rumored for the March 8 event. While details here are a bit murky, the most likely candidates for a March announcement include a new entry-level MacBook Pro as well as a more powerful Mac mini with the M1 Pro and M1 Max chips .

Apple is also still beta testing its next round software updates, which includes iOS 15.4, iPadOS 15.4, macOS 12.3, tvOS and HomePod Software 15.4, and watchOS 8.5. These are major updates with new features like support for Face ID while wearing a mask and Universal Control. Apple is reportedly targeting a release of these updates for sometime in the first half of March, so we expect more details during this March 8 event.

What are you most excited to see Apple announce at its March 8 event? Are you planning to make any purchases? Let us know down in the comments.