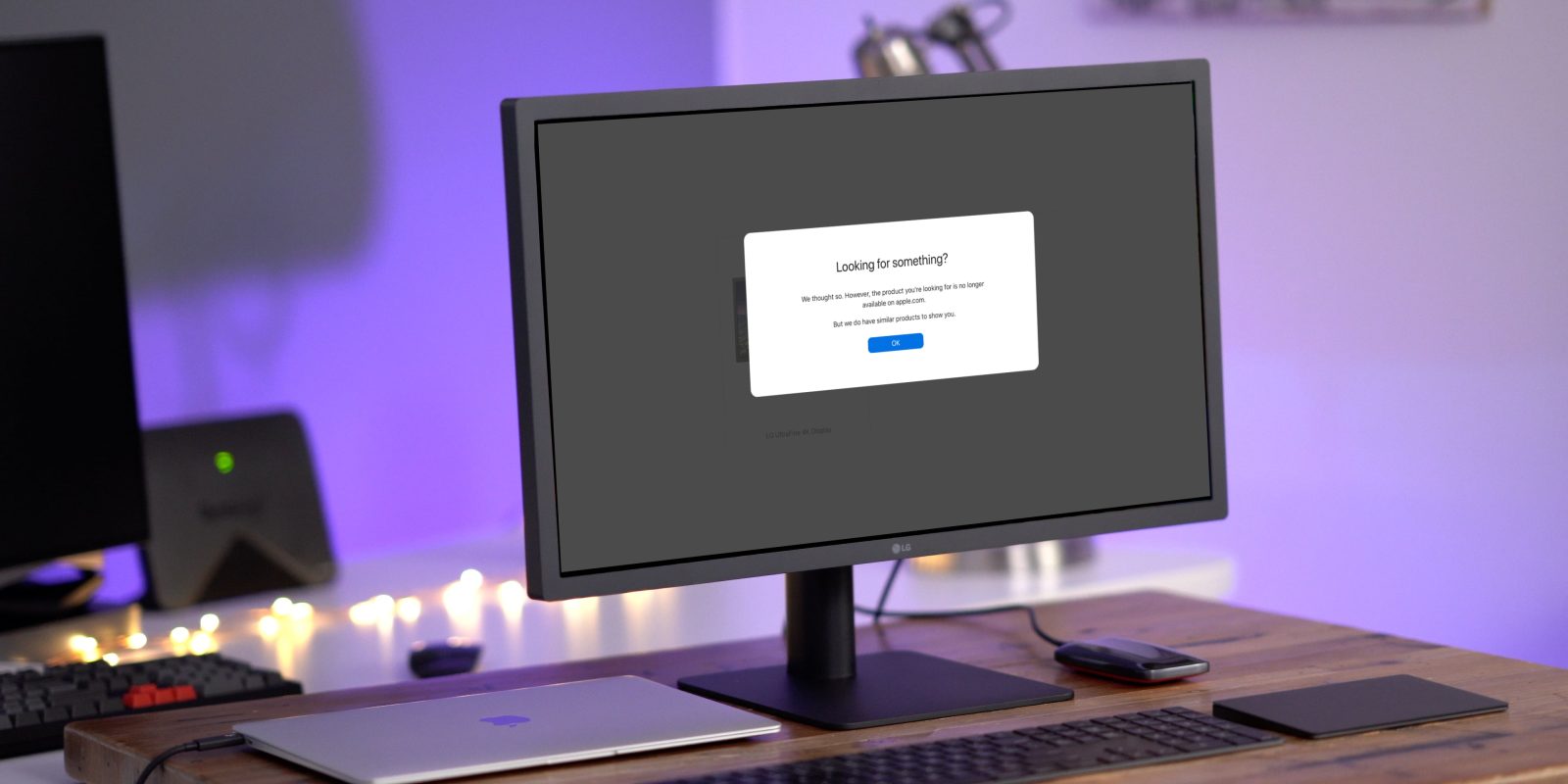 The Apple Store has officially stopped selling the 5K LG UltraFine in the wake of the Apple Studio Display launch. It’s unclear if LG will stop manufacturing the model altogether, with the product also out of stock on LG’s own website, although it currently remains on sale at Amazon for the time being. The eBay aftermarket seems quite healthy, probably because people are offloading the display en masse now a first-party solution is available.

Announced on Tuesday, the Apple Studio Display uses almost the same panel as what LG has shipped inside the UltraFine 5K for several years. It’s also closely comparable to what Apple sold inside the 27-inch iMac, another product that was also discontinued at the Apple Store this week.

One minor improvement over the panel is higher 600nits brightness for the Studio Display, compared to the UltraFine’s 500 nits.

However, what makes the Studio Display appealing is Apple’s focus on build quality and overall design. The display features an all-aluminium enclosure and stand, with silver and black tones that will pair nicely with any of its Mac lineup, including the new Mac Studio.

The Studio Display also sports a 12-megapixel ultra-wide webcam with support for the company’s Center Stage feature, which offers dynamic framing for video calls as people move around the room. It also has a six-speaker array with four woofers and two tweeters, and a three ‘studio quality’ microphone array.

The Studio Display can be connected to another Mac using a single Thunderbolt cable, offering display output and passthrough charging up to 96 watts. The Studio Display also includes three 10Gbps USB-C ports to easily plug in accessories.

The LG UltraFine did have a bit of a price advantage over Apple’s offering. Until yesterday’s removal, it was available for $1300. The Studio Display starts at a higher $1599 price point, and can be configured with a height-adjustable stand for an extra $400, and anti-reflective nano-texture glass for another $300.