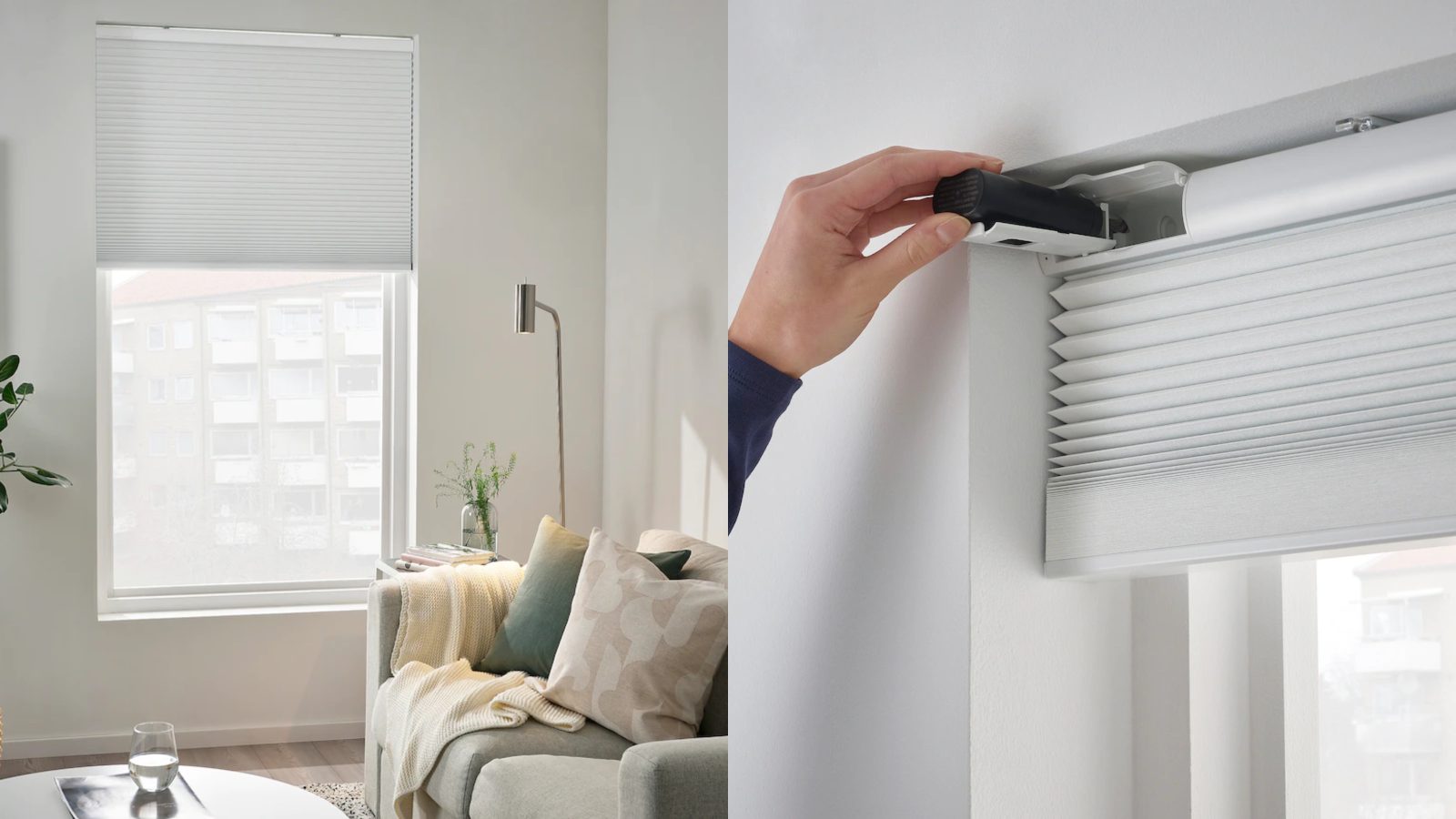 There could soon be another option on the market for HomeKit blinds, this time courtesy of IKEA. While companies like Eve and Lutron have released high-end HomeKit-compatible smart shades, IKEA is expanding its lineup in an effort to better compete…

IKEA’s first smart shades product was released back in 2019, featuring a roller-based design. These FYTUR and KADRILJ smart blinds have been met with mixed reviews and the initial launch was plagued by delays, shortages, and missed deadlines for adding HomeKit compatibility.

IKEA is now expanding its lineup of smart shades with two new options: the PRAKTLYSING and the TREDANSEN. These new smart blinds options have not yet been officially announced, but they showed up on international versions of the IKEA website this week, as was first spotted by Dave Zatz on Twitter.

Here’s a closer look at the TREDANSEN smart blinds:

Next up, we have the PRAKTLYSING smart blinds from IKEA. These feature what IKEA describes as a “roller blind” design and they’re available in two sizes: 120×195 cm and 140×195 cm. These blinds are much higher-end than other offerings from IKEA, with pricing starting at 125€/129€.

Here’s a closer look at the PRAKTLYSING smart blinds:

Much like IKEA’s other smart home products, the new smart blinds work with Amazon Alexa, Google Assistant, and Apple HomeKit. You will, however, need to buy the company’s TRÅDFRI gateway separately to enable these smart home control options. You can also opt to control the smart blinds exclusively via IKEA’s Home smart app or iPhone.

Again, IKEA has not yet officially announced these blinds, and they don’t appear to be widely available for purchase. The company has a history of gradually rolling out new products, so we could be in for an annoyingly-long wait before these new smart blinds are available to most buyers.

Finally, here’s a video look at the TREDANSEN smart blinds: