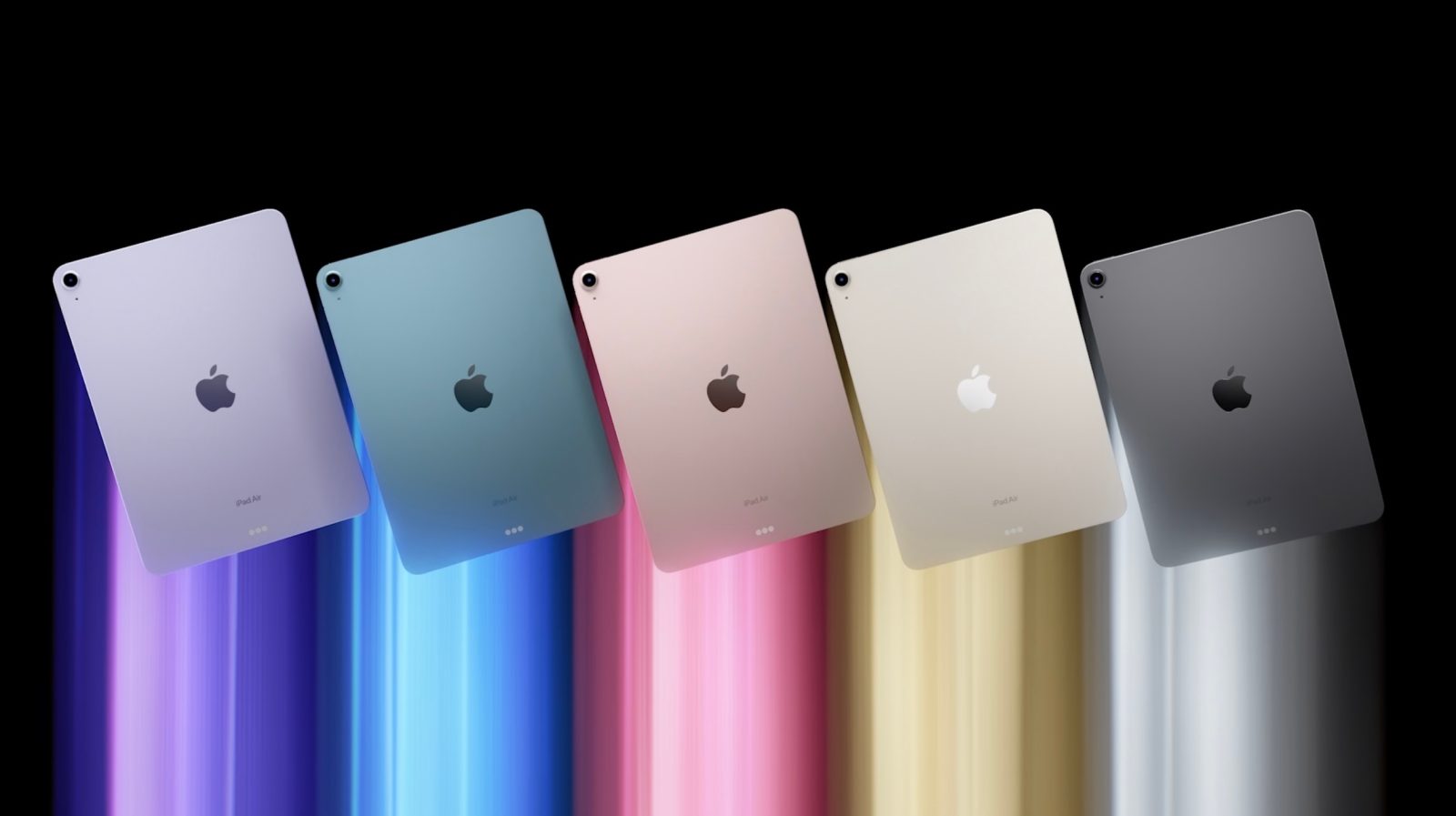 Following reviews of the new iPhone SE on Monday, the first reviews of Apple’s iPad Air 5 have now been published. With a new (overpowered?) M1 chip inside, an upgraded Center Stage front-facing camera, and more, there’s a lot to like about this new iPad Air. Head below as we round up some of the first reviews.

Writing for MacStories, Federico Viticci explains that the new iPad Air is arguably the “most balanced” iPad Air model yet. Mr. Viticci writes:

After a week spent using the new iPad Air for both work-related tasks and media consumption, I can say this: the new Air is the most balanced tablet in Apple’s lineup – a lightweight, colorful 10.9” iPad that combines the performance of the M1 iPad Prowith increased portability that is reminiscent of the 8.3” iPad mini. The iPad Air isn’t as fancy as a 1 TB iPad Pro with a Liquid Retina XDR display or as diminutive as an iPad mini; but as a device that can be a little bit of both, now with M1, 5G, faster USB, and Center Stage support, I feel confident saying this iPad Air is the definitive multi-purpose tablet for most people right now. Even more so than in 2020.

Writing for The Verge, Dan Seifert notes that one of the biggest limitations of the iPad Air is that it still starts with 64GB of storage, and upgrading to 256GB is a steeper $150. Seifert explains:

The base model Air also still comes with 64GB of storage, which is starting to feel a bit stingy at its $600 price point. It doesn’t take much to fill up that amount of space, especially if you use the iPad for gaming (Genshin Impact consumes 14GB on its own, for example), and if you’re going to be keeping this iPad for multiple years as most people do, you’ll probably have to do a bit of storage management at some point. Upgrading to 256GB of storage is a steep $150, bringing the price up to $749, or dangerously close to the iPad Pro, which offers 128GB of storage at its $799 base price.

Engadget has some thoughts on the new Center Stage camera inside the iPad Air 5:

While the M1 chip is the major update here, there are a few other new things to consider. Unsurprisingly, the iPad Air’s front camera has been upgraded to match the one found in the rest of the iPad lineup. It’s a 12-megapixel ultra wide angle camera that isn’t really designed to be used at its full resolution. Instead, it enables Apple’s “Center Stage” feature, which lets the camera zoom in around the subject and continuously move to keep that person (or people) in the middle of the screen. I feel like most people don’t move around a ton when they’re on video calls, but it’s a handy feature nonetheless.

While the camera is definitely better than on the prior iPad Air, it’s still on the left side of the screen when you use the iPad in landscape mode. Having it up top is fine when you’re holding the iPad in portrait orientation, but it’s definitely awkward if you are doing a video call with the tablet attached to the keyboard.

What about the ultra-powerful M1 chip on the inside of the new iPad Air? Well, similar to the iPad Pro, there’s little you can do with iPadOS that can fully take advantage of its power. Here’s how Mr. Viticci puts it for MacStories:

Now that the iPad Air also has the M1, I’m here, once again, writing the same things over and over: everything is plenty fast on this iPad, but you can never shake the feeling that Apple imposed a virtual cap on the platform’s performance and flexibility and that, so far, the M1 has meant very little for the evolution of the iPadOS platform. At this point, I look at it this way: I can buy a $999 MacBook Air with the M1, 8 GB of RAM, and 256 GB of storage and get access to features such as more advanced multitasking, background utilities, extended display mode, and all kinds of system-wide customizations; an iPad running the same configuration is still limited to two apps in Split View, Slide Over, and basic external display mirroring.