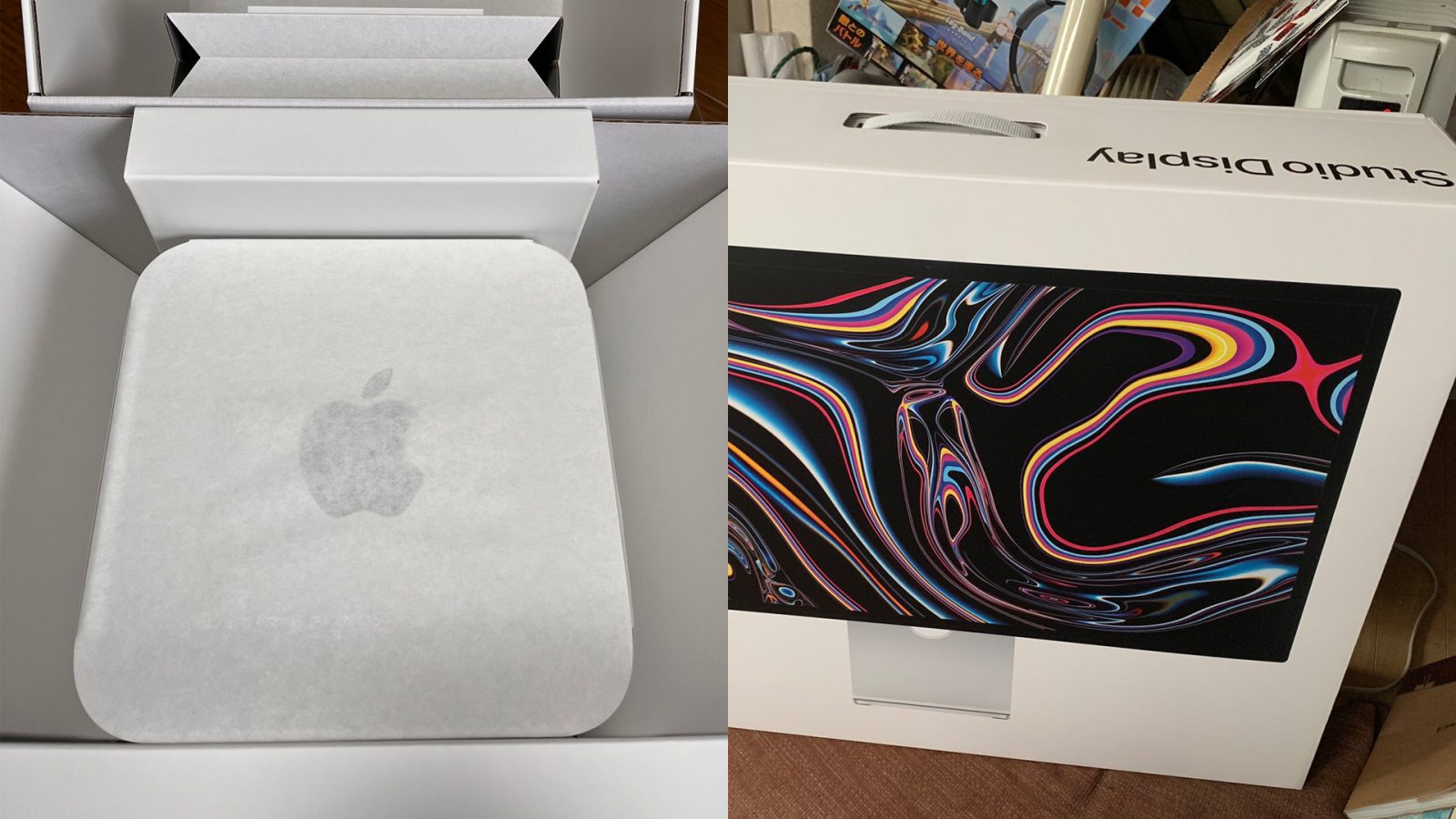 Mac Studio and Studio Display were announced last week at Apple’s special “Peek Performance” event. As it is Friday in some countries on the other side of the world, customers are already getting their hands on Apple’s newest products.

Both Mac Studio and Studio Display are mainly targeted at creative professionals working with video, image, and audio editing. With Mac Studio, users can now have an Apple Silicon Mac with up to a 20-core CPU, 64-core GPU, 128GB of RAM, and 8TB of SSD – all combined in a machine with up to six Thunderbolt ports, 10 Gigabit Ethernet, headphone jack, two USB-A ports, and one HDMI port.

As for the Studio Display, it features an LCD panel similar to the one found in the now discontinued 27-inch iMac, which has 5K resolution, wide color gamut (DCI-P3), True Tone, and 600 nits of brightness intensity. Customers can get it with a regular stand, height-adjustable stand, or with VESA support.

While most people had to wait until this Friday to get their hands on the new products, Apple sent review units to some members of the press a few days earlier – and they have already published Mac Studio and Studio Display reviews.

Luckily, for those who pre-ordered the new Mac Studio and Studio Display last week, units are already being delivered to customers. Some users have shared images of their products on Twitter, as you can see below: