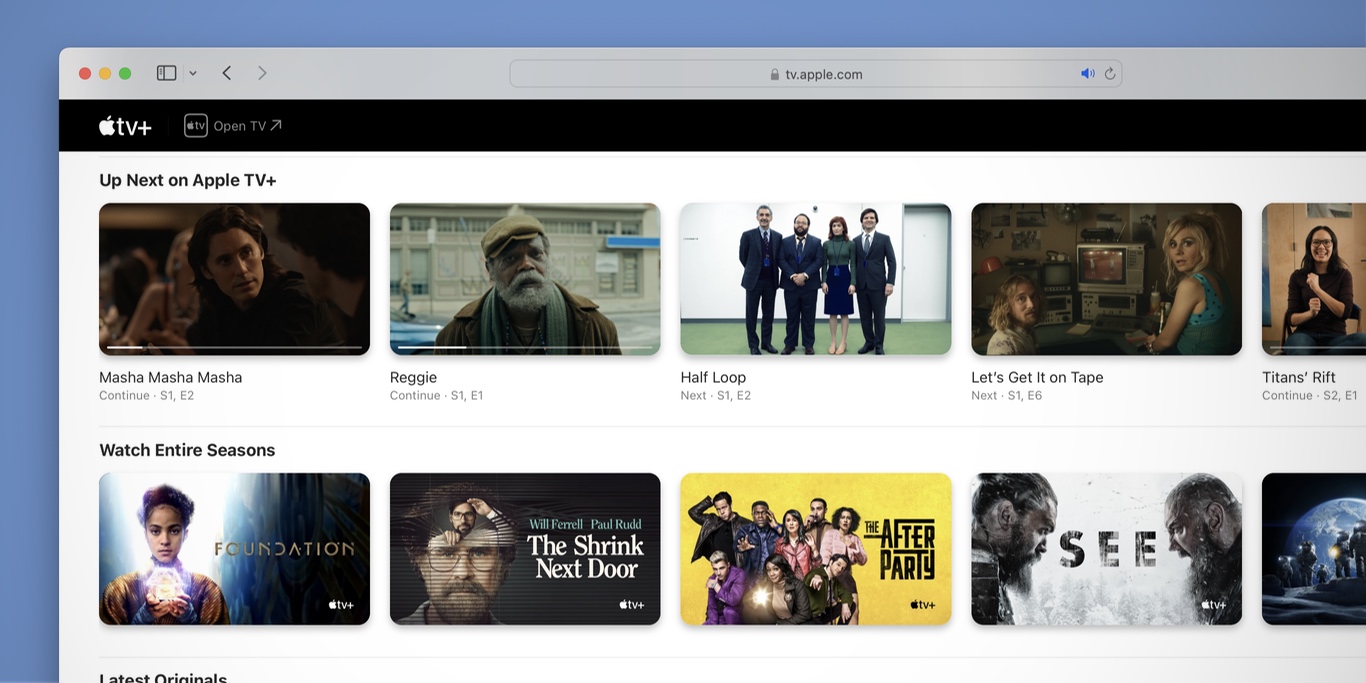 The Apple TV app is not particularly outstanding on any platform, but the tv.apple.com website is by far the most primitive. Since Apple TV+ launched in 2019, the website has lacked key features like access to your Up Next queue, category or tabbed navigation, and a search bar. At least one of those things has now been resolved.

The Apple TV+ website now features an ‘Up Next on Apple TV+’ row. This lists latest episodes of shows you are currently watching so you can easily pick up where you left off, as well as titles that you have recently added to Up Next manually.

Somewhat hilariously, earlier versions of the TV+ website allowed you to add items to Up Next, but you could not actually see your Up Next queue. Until this week, that feature was reserved to the native TV apps available on Apple devices, Fire TV, Roku, smart TVs, PlayStation, Xbox and more platforms.

The Up Next on Apple TV+ row was also added to the Originals tab in the TV app beginning with iOS 15.4. Previously, Up Next items were only accessible through the Watch Now tab, which was inconvenient for users who just want to explore TV+ content, and nothing else. (The tv.apple.com website has never had this problem because it doesn’t show anything but TV+ content, and the lack of the Watch Now tab simply meant it lacked the Up Next functionality as well.)

As Apple does not offer a TV app for Android phones and tablets, or Windows, the tv.apple.com website is the primary way for people with those devices to use the Apple TV+ service. Apple TV+ offers more than 100 Apple Original TV shows and movies, with dozens more premiering this year including critically-acclaimed International drama series Pachinko beginning this Friday.

Starting April 8, Apple TV+ will also include live streaming sports content with the addition of MLB Friday Night Baseball. Apple has promised that the sports streaming will also be available through the tv.apple.com website. However, the site currently does not feature category navigation or a Sports tab like the native TV app in the US does … so perhaps there are more features for the website rolling out soon.