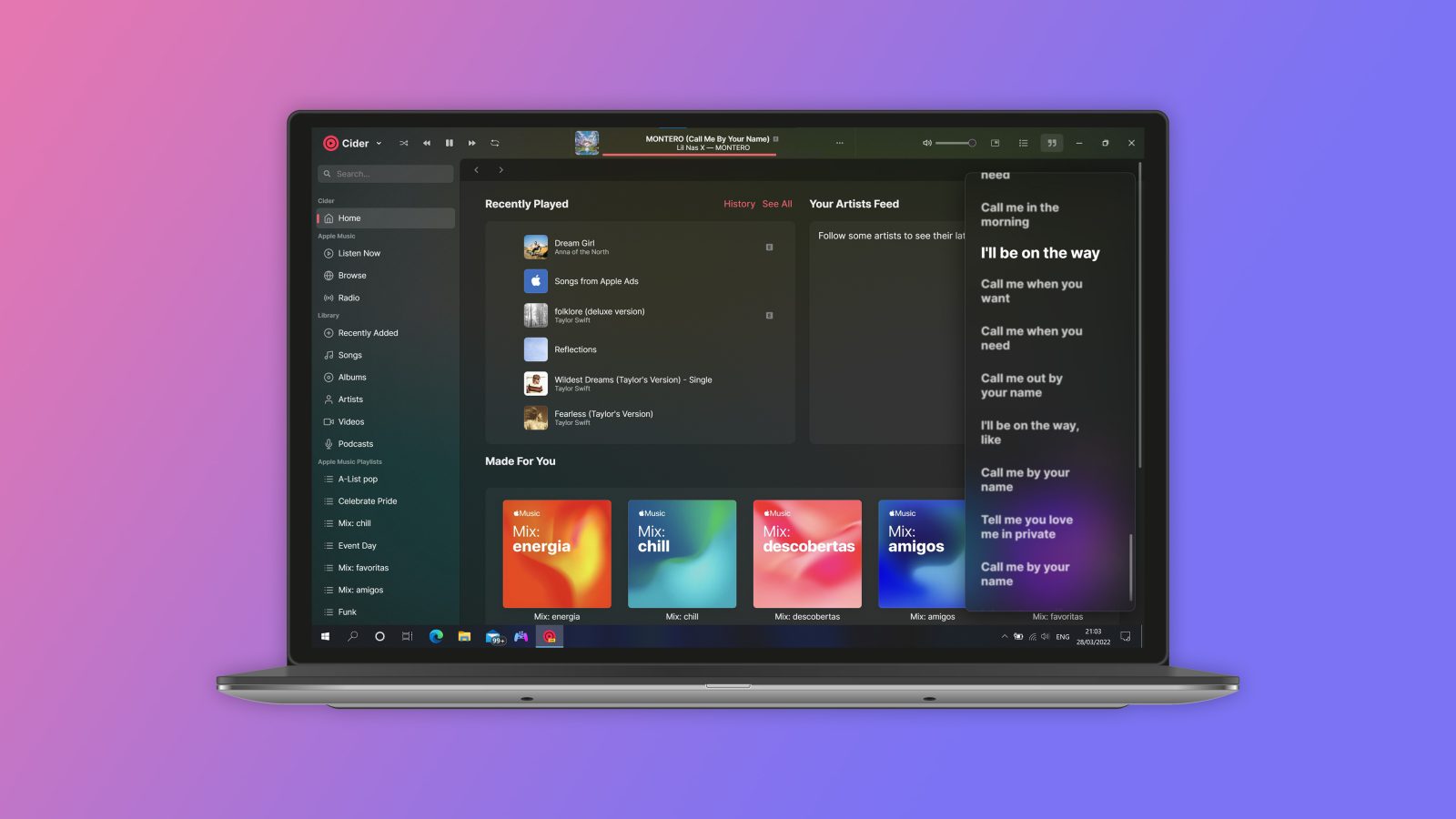 Apple Music is now offered on multiple platforms, which includes not only Apple operating systems but also Android and Windows. However, on Windows, the Apple Music experience is far from the best as users still rely on iTunes. With this in mind, a group of developers have created Cider – a new open-source Apple Music client for Window, Linux, and even macOS.

Like many other Apple Music clients out there, Cider is based on Apple’s official MusicKit API. The app was built with Electron and Vue.js, so that it can run on both Windows and macOS. While Mac users may not feel the need to have an alternative Apple Music client, those with Windows PCs may want to give the app a try.

iTunes on Windows offers only the basics when it comes to the Apple Music experience. For instance, it lacks time-synced lyrics, something that was added to Apple Music on iOS, macOS, and even Android years ago.

Cider not only brings these features, but also features a modern and customizable interface that looks much better than iTunes. It even has some features that not even the official Apple Music app has, such as the option to follow artists, easy access to your recently played songs, and integration with Apple Podcasts.

The app even comes with a Remote Control option, so you can play, pause, or skip a song from any other device (hey Apple, please add this to Apple Music). There’s also Chromecast support, built-in Song.link sharing, and more.

It’s worth noting that Cider is still an “alpha” app, which means that it’s under development – so you’ll probably find a few bugs here and there. Still, it’s an interesting app for those who are unhappy with iTunes or the Apple Music web app on Windows. And believe me, it’s past time for Apple to replace iTunes on Windows with something better.

You can download Cider on GitHub. For Windows users, the app is available for free on the Microsoft Store (and you can pay a small, optional fee to support the developers).