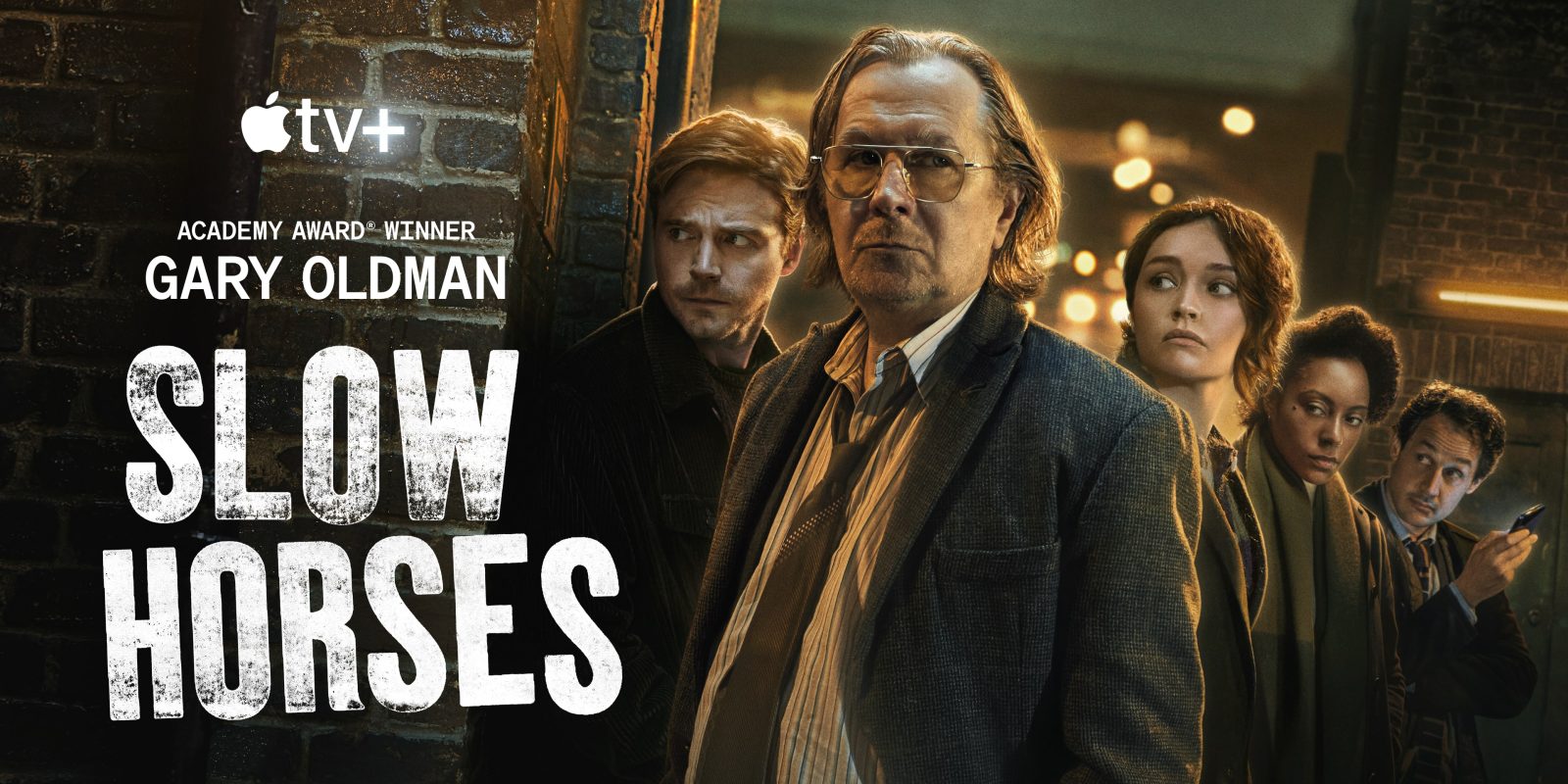 Apple TV+ today premieres its newest original series, Slow Horses. The show is an adaptation of the Mick Herron novels, about a division of MI5 that takes in reject spies, who have been taken off the standard job path due to career-ending screwups. The first two episodes are streaming now.

Gary Oldman leads the cast of Slow Horses, as the protagonist Jackson Lamb who serves as the leader of the reject spy group. He has affection for his team, even if they do not inspire confidence from the outset. As Lamb says, “they’re a bunch of absolute losers … but they’re my losers.”

The general plot line follows Slough House as they become embroiled in a major hostage case, fuelled by right-wing extremism. Perhaps the spies can prove they aren’t as useless as the core MI5 head office thinks they are.

How to watch Slow Horses

You can watch Slow Horses with an Apple TV+ subscription. There’s no extra charge to watch, as long as you have the $4.99/mo subscription. Apple TV+ offers more than one hundred premium original series and movies, and will also be the home to MLB Friday Night Baseball starting April 8.

You don’t need an Apple device to watch Apple TV+. Just download the Apple TV app on your Amazon Fire Stick, Roku device, smart TV, games console and more. You can also watch in the browser at tv.apple.com.