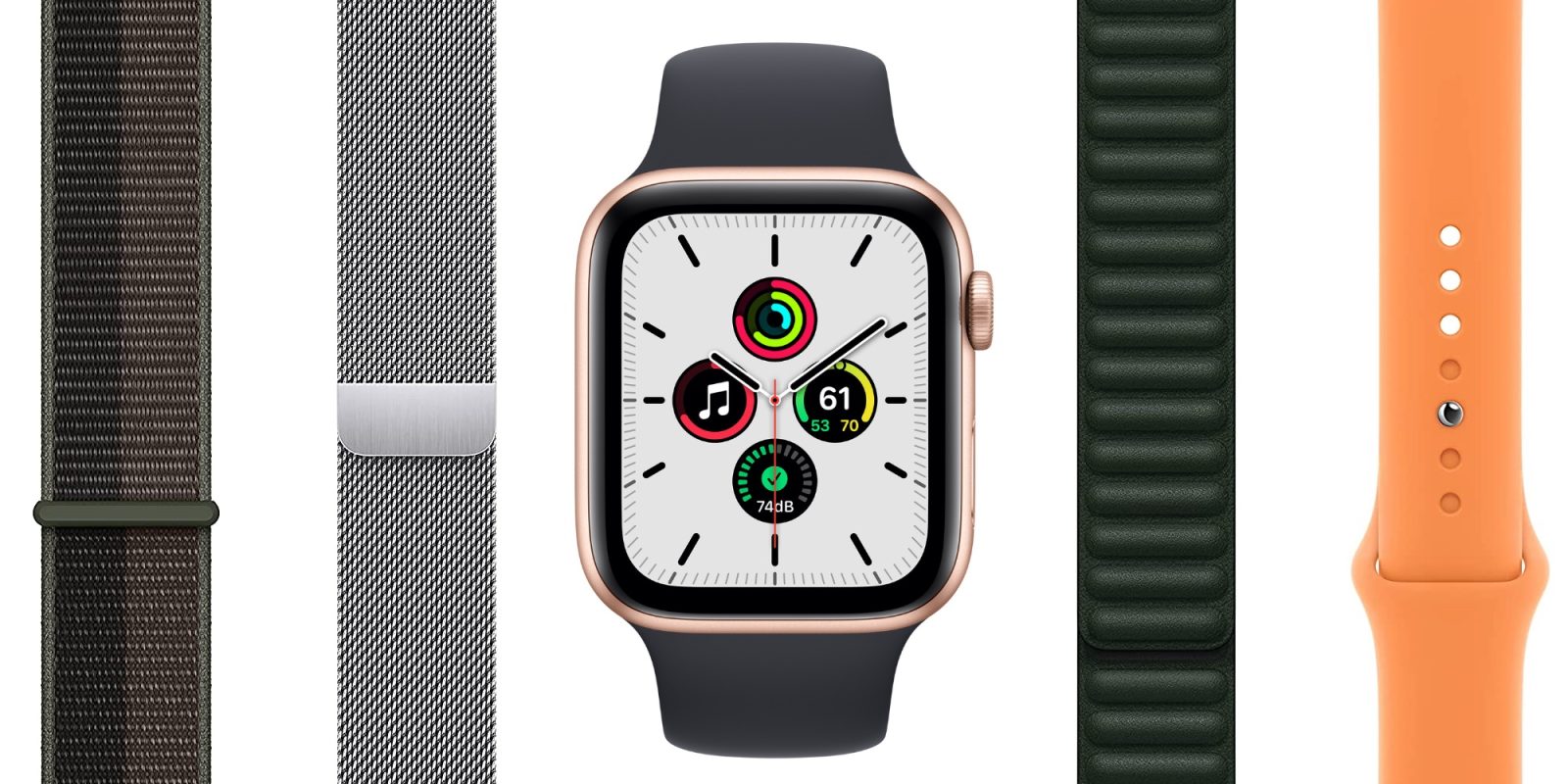 All of today’s best deals for Tuesday have arrive, with a 1-day Apple Watch SE Gold Box leading the way at $49 off. That’s alongside official Apple Watch bands from $40 and a chance to save $200 on the 14-inch M1 Pro MacBook Pro. Hit the jump for all that and more in the latest 9to5Toys Lunch Break.

Amazon is delivering the best prices on Apple Watch SE of the year. Starting at $230 for the 41mm GPS model, you’re looking at $49 in savings across the board. Everything is down to the lowest we’ve seen in 2022 and has only been beaten once by the Black Friday pricing. That also includes GPS + Cellular configurations, as well.

Regardless of which model you end up strapping to your wrist, Apple Watch SE delivers many of the same features as the flagship Series 7, but in a more affordable package. You’ll of course still find a bevy of fitness tracking features like exercise tracking and heart rate monitoring, which are backed by a swim-proof design and a Retina OLED display. The one notable omission though is a lack of the blood/oxygen sensor. Head below for more.

Amazon is now discounting a selection of official Apple Watch bands that were just updated for the new Series 7 models. Ranging from more sporty and workout-friendly additions to your wearable to some premium stylings and the like, shipping is free across the board. A highlight would have to be the Leather Link 45mm Apple Watch Band for $85. Down from $99, this is only the second notable discount to date and the second-best yet.

Comprised of handcrafted Roux Granada leather made in France, this is certainly one of the more premium bands in Apple’s official stable. Alongside its stylish appearance, the Leather Link band also features a magnetic design that locks in place without having to fuss with a clasp.

Amazon is now offering Apple’s 14-inch M1 Pro MacBook Pro 16GB/512GB at $1,799. Marking the second-best price to date, this is $200 off the usual $1,999 going rate and still delivering one of the first notable price cuts on the latest machine overall. It has only sold for less once in the past, for comparison.

Apple’s all-new M1 Pro MacBook Pro arrives with an almost entirely redesigned package that refreshes everything from the screen to internals. Its 14-inch Liquid Retina XDR 120Hz Display pairs with all of the power from the new M1 Pro chip, alongside the return of MagSafe charging. Not to mention, there’s also up to 17-hour battery life and improved I/O like three Thunderbolt ports, HDMI, and an SD card slot.

Anker’s official Amazon storefront now offers its Soundcore Flare 2 Bluetooth Speaker for $59. Normally fetching $79, today’s offer is one of the first discounts of the year at 24% off while matching the second-best price to date. Anker’s second-generation Soundcore Flare arrives with much of the same design and focus as its predecessor, pairing a typical portable Bluetooth speaker with integrated RGB lighting. The 20W internal sound system is powered by a 12-hour battery and can dish out 360-degree sound from its IPX7 waterproof build. Then at the top and bottom, you’re looking at reactive mulitcolored lighting that can sync with the music.

The official Lamicall Amazon storefront is now offering new lows on its MacBook and laptop stands with up to 50% off the going rates. First up, its LN02 Adjustable MacBook Stand is now down at $36. Regularly $50, this is 28% off the going rate, within $2 of the all-time low we have only tracked once before today, and the lowest we have tracked on Amazon otherwise.

One of the more attractive models in Lamicall’s stable if you ask me, it features a solid aluminum alloy construction with a “larger heavier base” for stability as well as a foldable hinged design for on-the-go action. Subtle branding and a MacBook-matching design are joined by rubber padding throughout to avoid scratches while compatibility ranges from older laptops right up to the 2021 Apple 14- and 16-inch MacBooks.