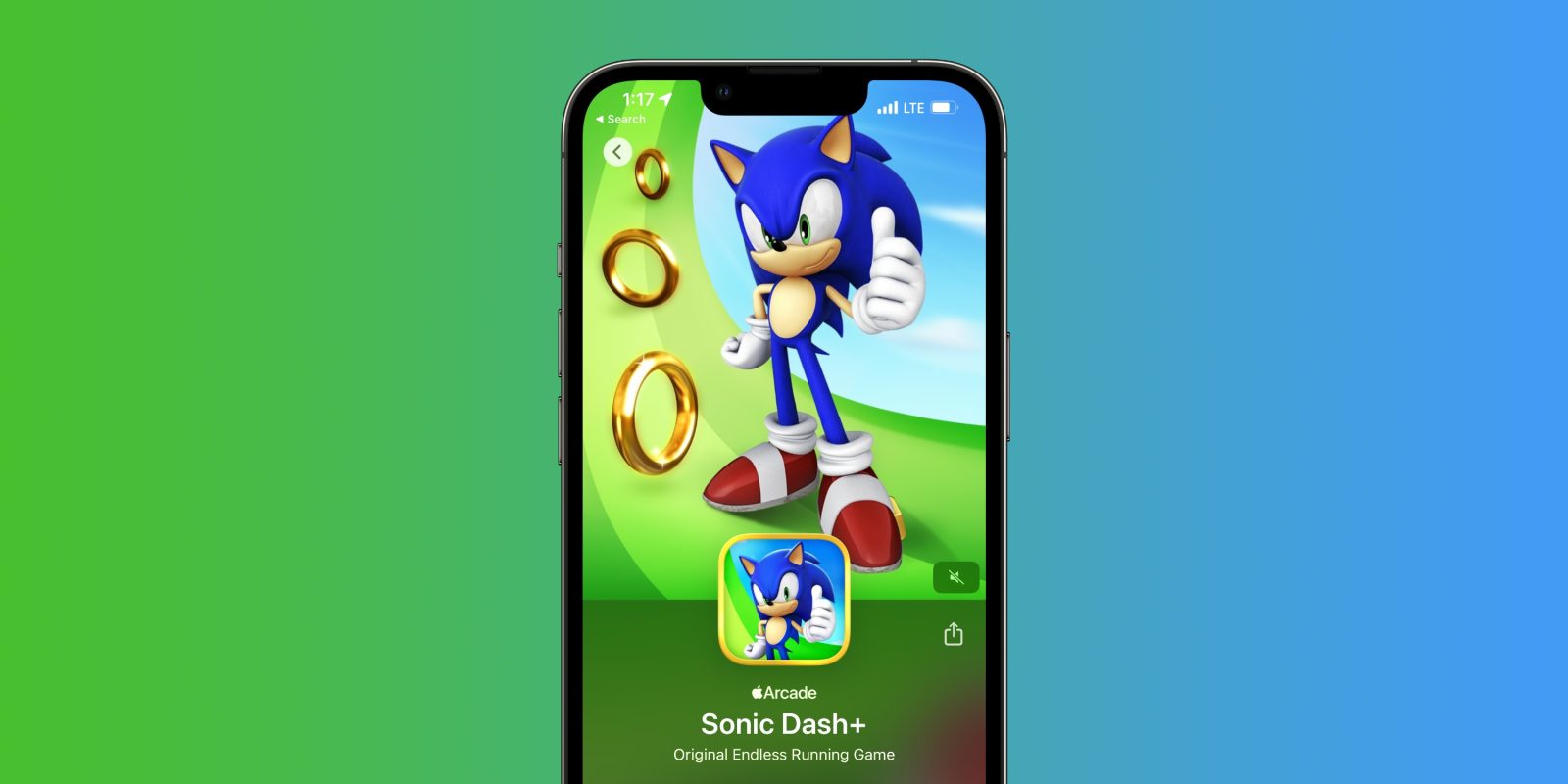 Your favorite hedgehog is set to debut on Apple Arcade later this week with Sega’s popular Sonic Dash. The endless runner coming to Apple’s gaming service coincides with Sonic the Hedgehog 2 landing in theaters this Friday, April 8.

Apple teased the launch of Sonic Dash coming to Apple Arcade on Twitter today. While the game has been available on the App Store for over four years, the title arriving on Apple Arcade means no ads, no in-app purchases, and the ability to play offline.

Run, jump, and dash through stunning 3D environments as Sonic the Hedgehog and other Sonic characters in this fun racing & endless runner game. Run and race past challenging obstacles in this fast and frenzied endless running game by SEGA!

Sonic Dash+ will be available starting April 8 on Apple Arcade and you can tap the “Get” button now on the game’s page for it to auto-download to your device the moment it’s out.