How to watch UFC 273 Volkanovski vs The Korean Zombie on iPhone, Apple TV, web 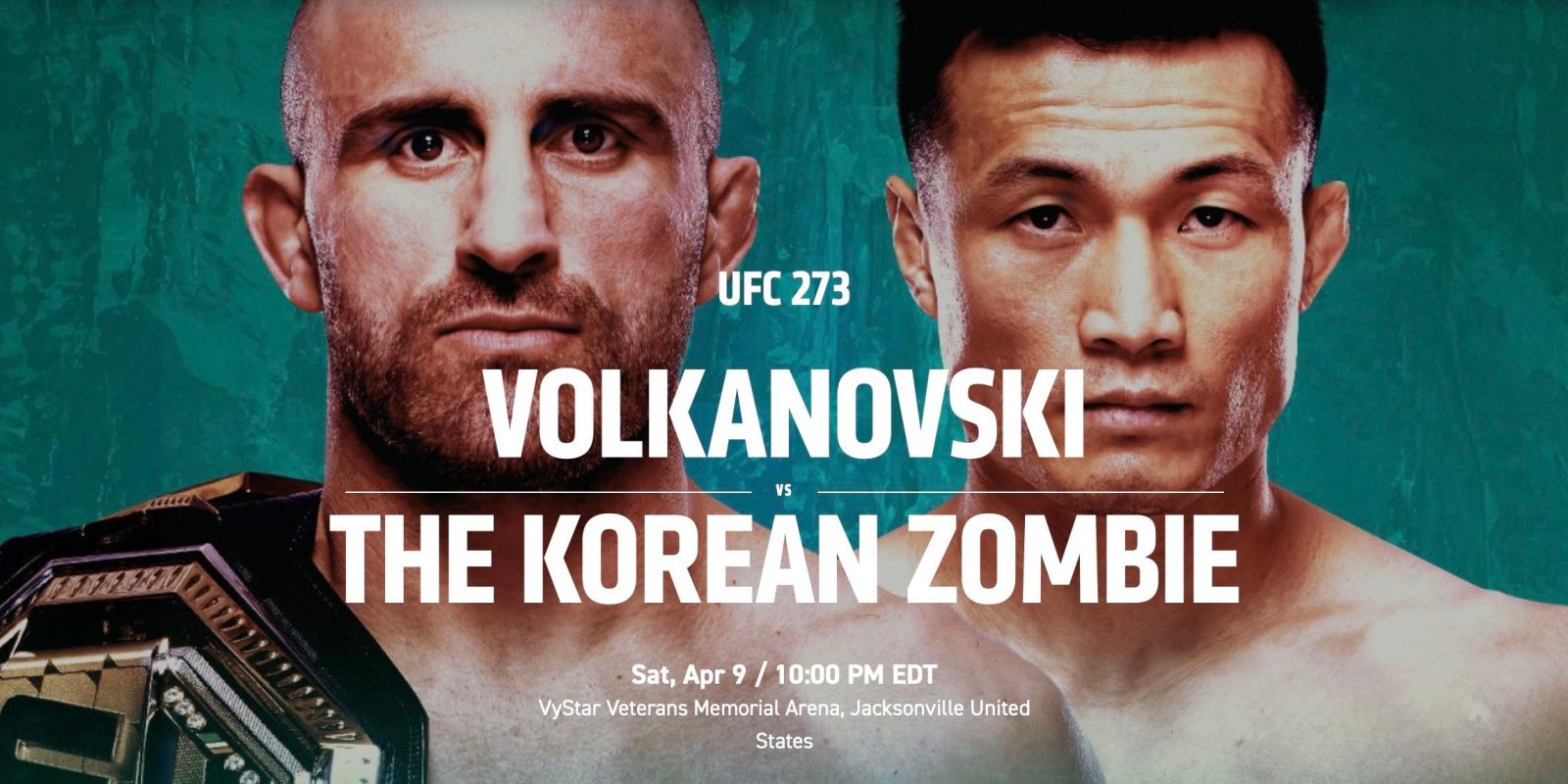 UFC Volkanovski vs The Korean Zombie is set for Saturday, April 9 at 10 pm ET / 7 pm PT at the VyStar Veterans Memorial Arena in Jacksonville. Follow along for how to watch UFC 273 on iPhone, Apple TV, web, and more.

Below we’ll look at how to watch UFC 273 featuring the featherweight title bout Volkanovski vs Chan Sung Jung (aka The Korean Zombie) with ESPN+ as well as what you can watch with the UFC app and the Fight Pass subscription. UFC main card fights are exclusive to PPV through ESPN in the US and you’ll need an ESPN+ subscription.

How to watch UFC 273 Volkanovski vs The Korean Zombie on iPhone, Apple TV, web

If you’re not an ESPN+ customer yet:

Alternatively, you can buy UFC 273 on a Mac or PC here and watch on any supported device, including the web.

If you’re already an ESPN+ subscriber:

Watch on the UFC app

If you want some access to UFC and extra content, you can sign up for UFC Fight Pass which goes from $9.99/month. However, Fight Pass only offers access to the early-prelims, while Volkanovski vs The Korean Zombie requires a PPV purchase with ESPN+.

The UFC app is available for Apple TV, iPhone, and iPad. Keep in mind there’s no longer support for the third-gen Apple TV.