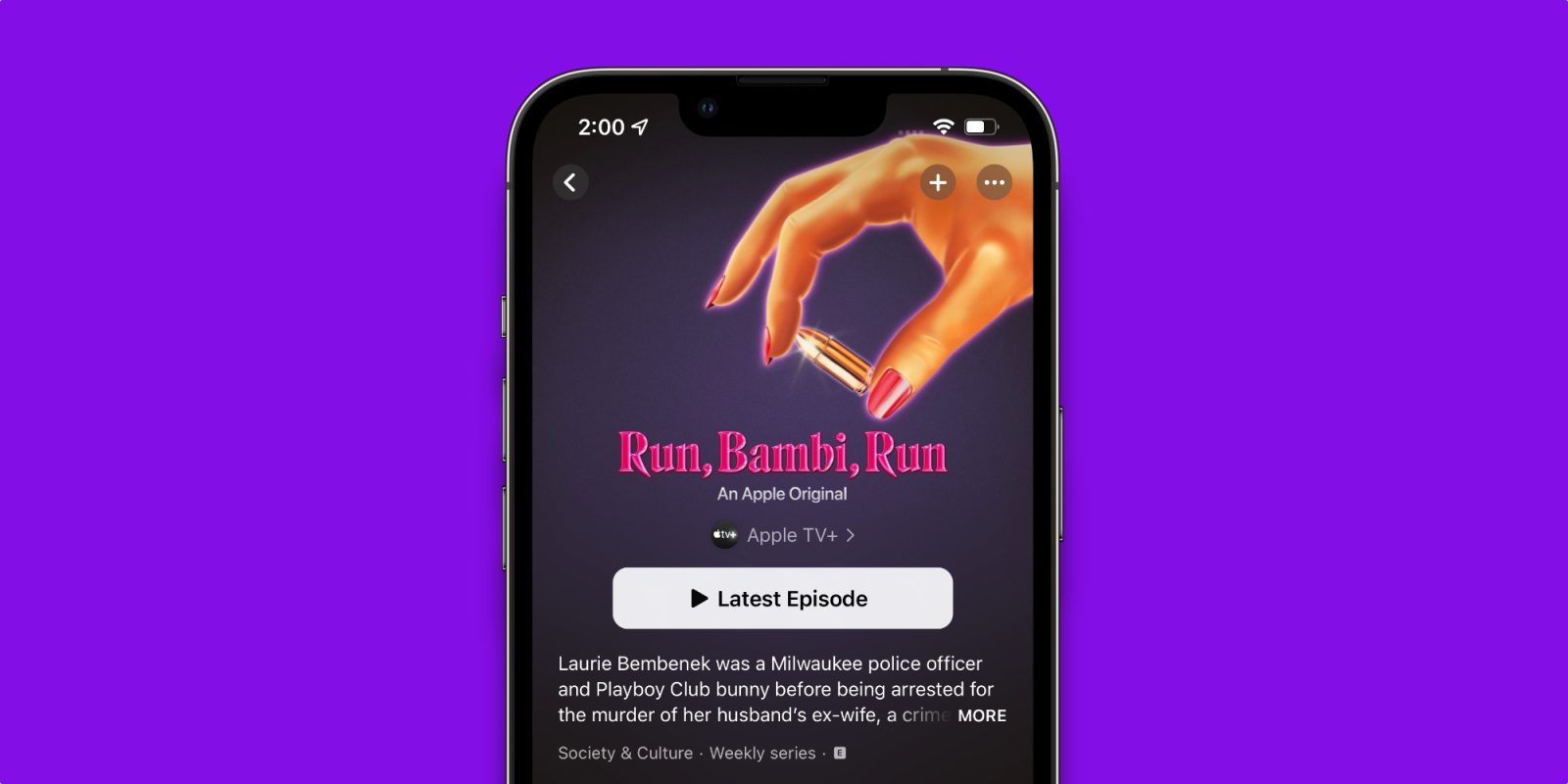 Watch out, Poppy Parnell! Apple TV+ just debuted its first true-crime podcast called Run, Bambi, Run. The show follows the real-life story of Laurie “Bambi” Bembenek, a Milwaukee police officer who was dubiously convicted of murder before braving a daring escape as part of a years-long quest to clear her name.

True-crime podcasts are a must for many listeners, and Apple is now joining the genre. The Apple TV+ Original is an eight-part series, with the first two being just released. Run, Bambi, Run is hosted by journalist Vanessa Grigoriadis.

According to an Apple TV+ press release, Run, Bambi, Run joins a “growing offering of Apple TV+ Original podcasts now streaming on Apple Podcasts, including the DuPont-winning The Line, Wild Things: Siegfried & Roy, Hooked, and The Problem With Jon Stewart, as well as official companion podcasts for Apple TV+ series Foundation and For All Mankind.

New episodes of the podcast will debut weekly on Mondays on Apple Podcasts and via RSS here.