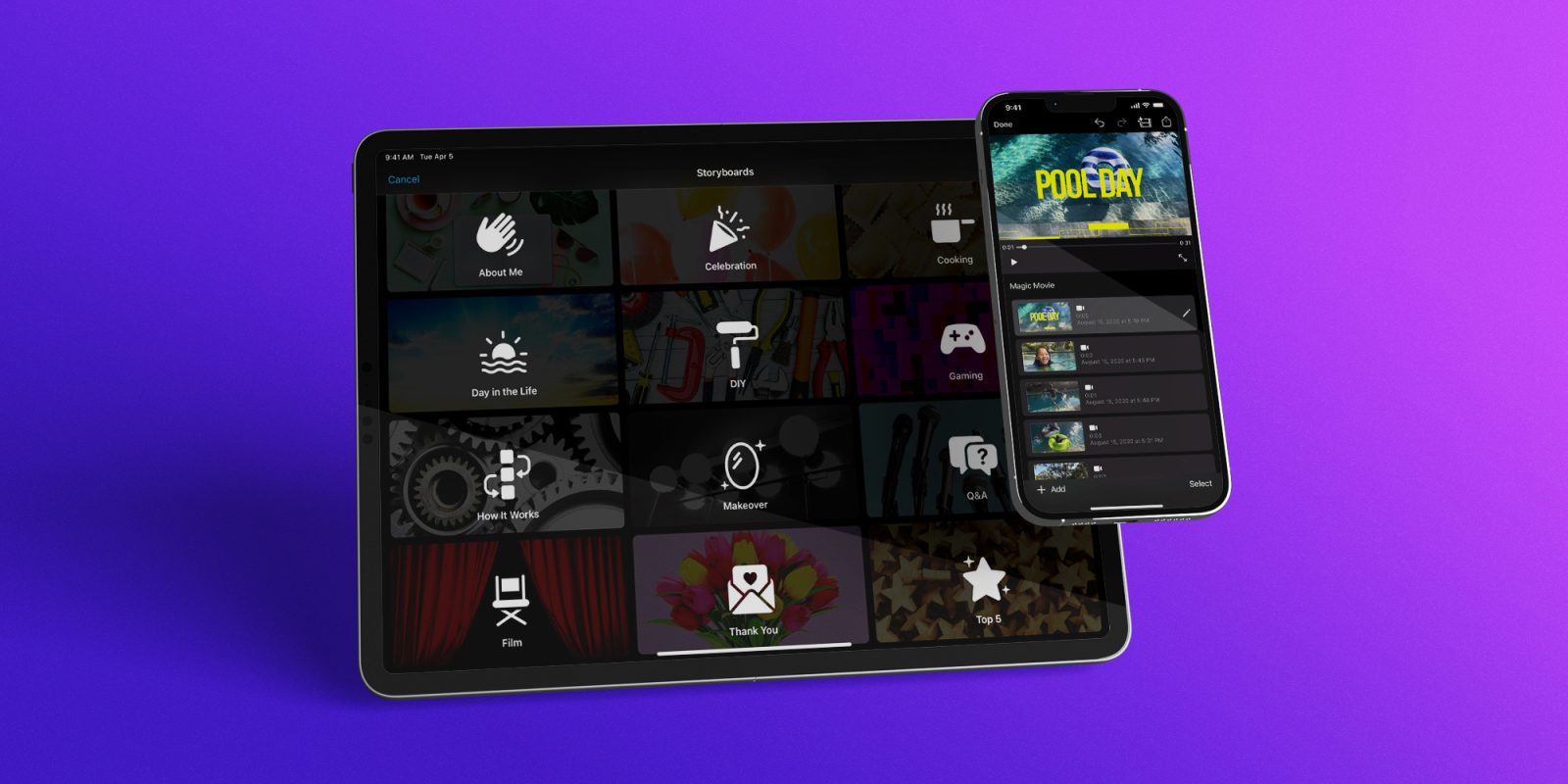 After teasing new features coming to iMovie in the near future during the “Peek Performance” event, Apple is now releasing them today. According to a press release, Storyboards and Magic Movie functions are now available with the latest iMovie update.

These iMovie features make it easier than ever to create beautifully edited videos on iPhone and iPad. Storyboards, for example, help content creators and moviemakers learn to edit and improve their video storytelling skills with pre-made templates for popular types of videos shared on social, with colleagues, or with classmates.

Storyboards also make it easy to get started with flexible shot lists and step-by-step guidance on which clips to capture for each video type.

For those who want to create a video even faster on iMovie, the Magic Movie feature instantly creates a polished video from the clips and photos a user selects, automatically adding transitions, effects, and music to the edit.

“iMovie has empowered millions of people around the world to create and share their stories through video,” said Bob Borchers, Apple’s vice president of Worldwide Product Marketing. “This latest version of iMovie, featuring Storyboards and Magic Movie, simplifies video creation even further, and we think it will continue to inspire the next wave of video creators to dive in and get started.”

Instead of starting with a blank timeline, iMovie users can choose from 20 different storyboards featuring popular video types, such as cooking tutorials, Q&As, product reviews, news reports, and more.

Each storyboard has a shot list that organizes clips to tell a specific narrative. For added customization, for example, shots can be added, reordered, and deleted from a storyboard as needed.

Magic Movie feature, on the other hand, creates custom videos in just a few taps. Users just need to select an album, and the feature instantly identifies the best parts of the footage and creates the project on iMovie. Apple explains:

Creators can easily put their own spin on a Magic Movie by rearranging or deleting clips in the simplified Magic Movie shot list, or by editing the project further. Styles can be added to change up the look and feel of the entire video. Like Storyboard videos, Magic Movies can be shared from iMovie via Messages, Mail, and on social media.