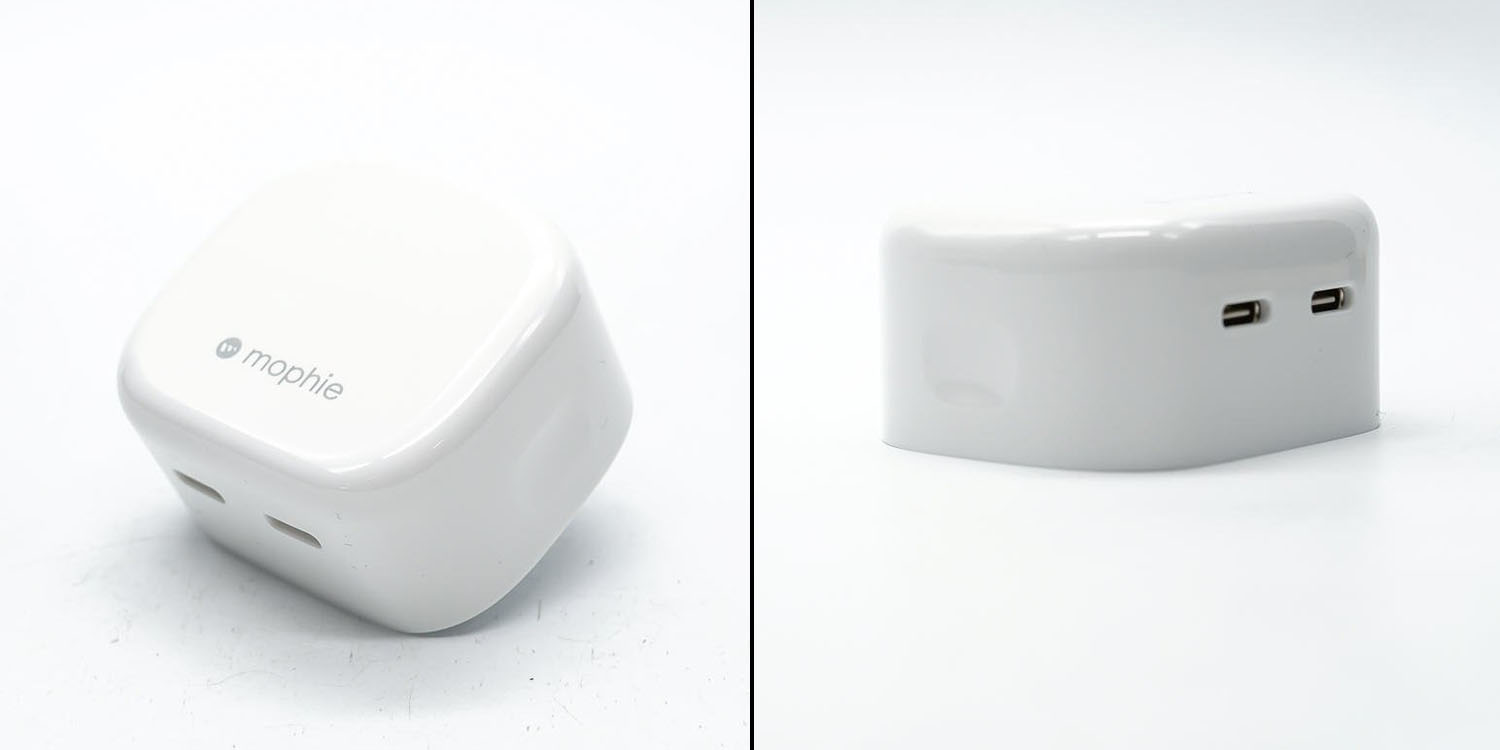 After we revealed a support document for an unreleased Apple dual USB-C charger, a Weibo account posted what was claimed to be a photo of the upcoming device – but it seems that it isn’t …

We first revealed that there’s an official Apple 35W dual-USB charger in the works when the company accidentally posted a support document for the unannounced product. Apple quickly deleted the document afterwards.

A few days later, photos appeared that claimed to be of this Apple charger.

However, it now appears that the photos are not of an Apple charger, but rather a third-party one.

DuanRai posted photos of what appears to be the same charger, but showing Mophie branding. It is, he says, a less sophisticated one.

The Mophie photos posted later show a charger labelled as 45W, so there may be multiple versions.

The same account earlier said that these chargers are being made in China as white-label products (ones that can be branded as requested), and will be offered for sale by a number of brands.

The picture I posted is from Huaqiangbei, Shenzhen, not from Apple, and in the next few months, there will be many brands launching this charger at the same time, the same charger with a different brand LOGO.

The 40W one isn’t a true dual-charger, he says, but effectively two 20W chargers in the same casing.

Apple’s now-deleted support document is evidence that Apple has at least planned to launch a 35W dual USB-C charger – though that of course doesn’t necessarily mean that it will actually do so.

It looks like we can expect to see a number of companies offering a dual-port 40W/45W charger, but check the specs carefully before buying, as each port may only support 20W.