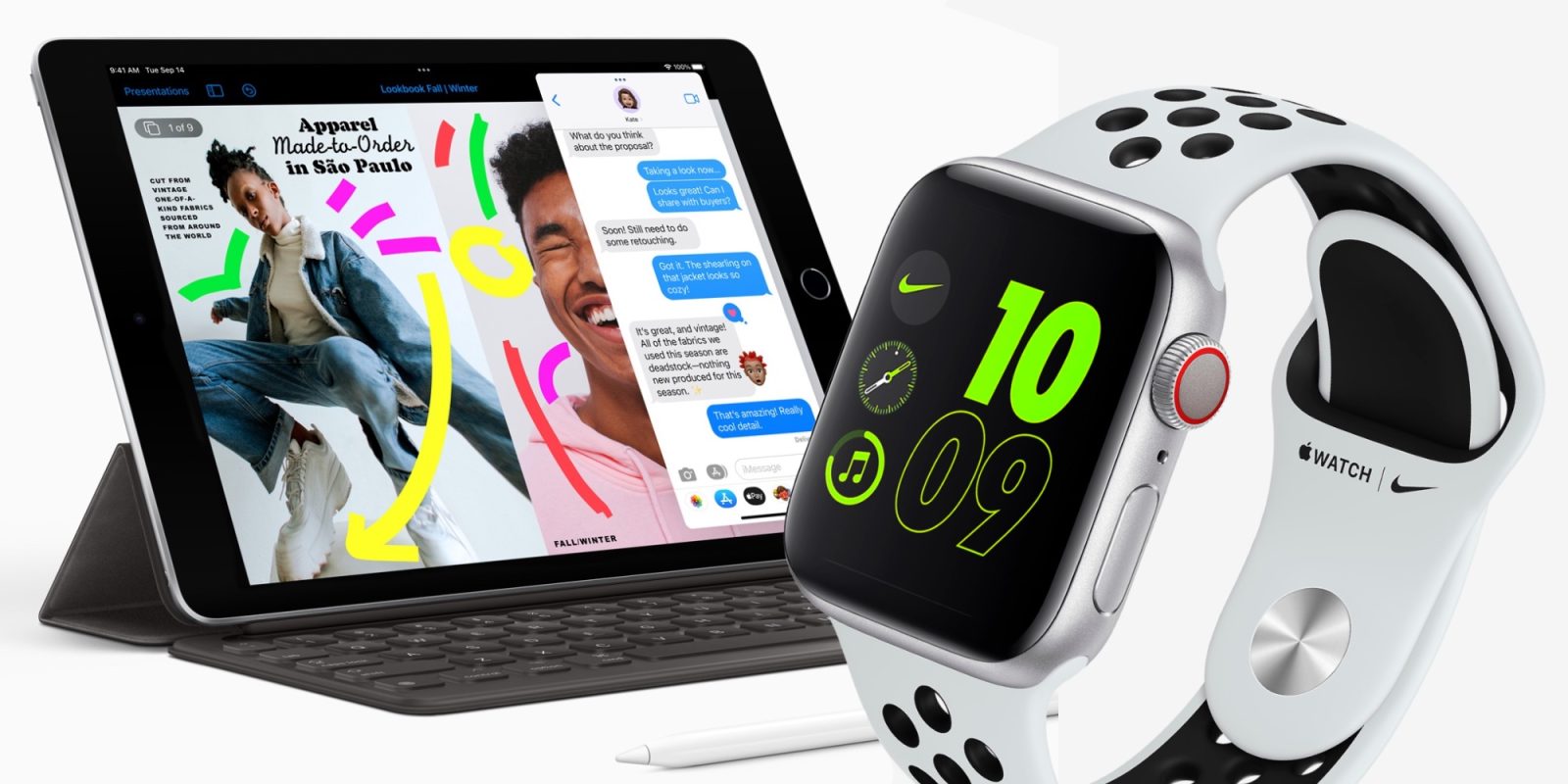 All of Thursday’s best deals are up for grabs following Apple’s latest 10.2-inch iPad on sale at Amazon. That’s alongside rare Apple Watch Series 6 Nike+ discounts at $132 off and spring markdowns on ecobee HomeKit SmartThermostats. Hit the jump for all that and more in the latest 9to5Toys Lunch Break.

Following ongoing discounts on two of the higher-end iPadOS experiences going live earlier this week, the savings have now arrived on the latest 10.2-inch iPad. Dropping at Amazon, you can score the 9th-generation iPad Wi-Fi 256GB for $429. Normally fetching $479, today’s offer amounts to $50 in savings while marking an Amazon all-time low. You can also score the 64GB model at $309, down from $329, to mark the second-best price of the year.

Sure this may be Apple’s entry-level iPad, but it still packs notable features like the new A13 Bionic chip that’s said to be 20% faster than its predecessor. That extra power enters in some additional features like True Tone support for the 10.2-inch screen alongside Center Stage in the new 12MP ultrawide camera that automatically adjusts the crop and zoom of your selfie camera depending on who is in the shot and where they are. Get a closer look in our launch coverage and then head below for more.

Nike is now offering Apple Watch Series 6 Nike+ 44mm GPS + Cellular for $397 in both Space Gray and Silver styles. Normally fetching $529, today’s offer amounts to $132 in savings while marking a new all-time low. This is also $32 under our previous mention from last fall.

Alongside all of the usual fitness tracking features, Apple Watch Series 6 brings plenty of noteworthy functionality to your wrist headlined by the addition of the same blood/oxygen sensor as on Series 7. That’s on top of an even brighter always-on display than previous models, as well as its new U1 chip and support for faster charging. Plus, you’ll also benefit from cellular connectivity alongside the even sportier Nike+ band and some exclusive Watch faces. Get a closer look in our hands-on review and then head below for more.

Now that spring weather is finally rolling in, Amazon is discounting the ecobee HomeKit SmartThermostat to $199. Normally fetching $249, this is the best price in months at 20% off and matches the 2022 low. ecobee SmartThermostat automates your heating or cooling setup to ensure you’re comfortable throughout spring and into summer as the temperature heats up.

Replacing your existing unit, the SmartThermostat features a touchscreen display to control or monitor settings, and it also arrives with HomeKit support out of the box as well as onboard access to Siri and Alexa. A bundled temperate sensor also lets you adjust settings based on hyperlocal readings. Dive into our hands-on review for a closer look.

Amazon is offering the Belkin 6-foot 7.5W MagSafe Wireless Charging Puck with 20W USB-C PD Adapter for $30. This is a 25% discount from its normal going rate of $40 and marks a return to the Amazon low that we tracked only once before. While this charger supports up to 15W of power on select Android smartphones, iPhone maxes out at 7.5W.

However, the MagSafe design allows it to magnetically attach to your device, which negates the days of a misaligned charger and half-dead phone when waking up for work. It also includes a longer 2-meter cable, while Apple’s official offering is only 1-meter long. Plus, the 20W power supply in the box gets you up and going the moment it arrives. If you already have a power supply, then consider opting for the standalone charger at just $20, down from $30 and also a return to its all-time low at Amazon at 33% off.

OtterBox has launched its latest sitewide sale today, this time taking 20% off a collection of its latest iPhone and Apple accessories when you bundle three different product categories. All you’ll need to do is add a case, screen protector, and charging accessory to your cart where the savings will automatically be applied. Shipping is free across the board. This promotion applies to nearly all of its most recent gear for the iPhone 13 and beyond including new cases for Apple’s latest smartphones and tablets to MagSafe battery packs and chargers. You’ll want to check out everything right here, but we have also outlined some highlights from each category.