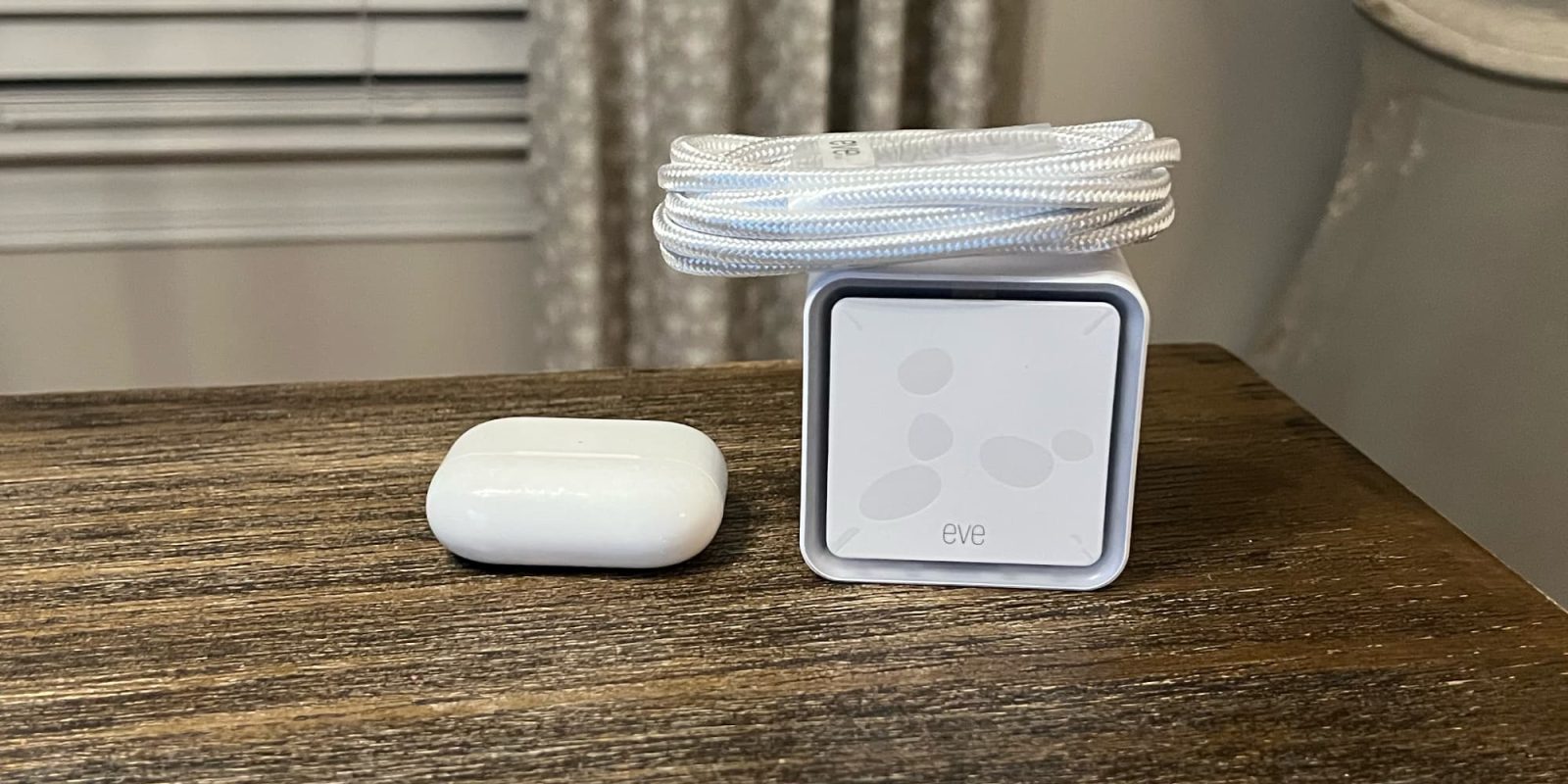 If you told me that you were going to buy one type of HomeKit product, I would recommend one that detects water leaks. Water damage in a home can cause tens of thousands of dollars in damage. One of my favorite products is the Eve Water Guard, and the new version that adds Thread support is now an even better value. So let’s dive in on how to set it up to protect one of your most significant investments best.

I have personal experience with water damage in my home, and to be completely honest, it caused me a bit of anxiety for many years afterward. Back in 2017, my refrigerator leaked and did some damage to my hardwood floors. It wasn’t enough to redo the floors, but it was enough to frustrate me every time I stepped on those boards without shoes. A tornado ripped through Chattanooga during April of 2020 (nothing like a Tornado during a pandemic) and did around $50,000 of damage to my home – including enough water damage to my hardwood floors that they had to be redone. Side note: We had them refinished while we were on vacation by a trusted contractor we used previously. Every morning before he’d arrive, I’d unlock the front door using the August Lock while turning off my abode security system.

I became passionate about monitoring for water leaks after seeing the damage that even a tiny amount of water can do to a home. Today, I have HomeKit water leak sensors in front of every appliance that uses water (washing machine, dishwasher, and refrigerator) and under every sink in the home. I hope always to catch potential problems early to prevent damage. I am using several brands that include HomeKit compatibility. Each of them has its strong points, and it’ll primarily come down to the layout of your home and the power situation. For places where I don’t have power, I like Fibaro and Aqara sensors, with the latter requiring a Hub to work correctly. Both of these products require battery power, so that’s something you’ll need to monitor ongoing.

Eve’s products are first class all the way. Are they the lowest cost? No, but they are among the best designed and most reliable that you’ll find. They’ve also been a big proponent of Thread, and I have high hopes for the technology to create a more stable home automation market. Eve Water Guard is an upgraded version of the existing product. If you have one currently that’s working well, there’s not a huge reason to upgrade. However, if you’re in need of a water leak solution with HomeKit, it’s a product you should consider.

What makes Eve better and different than other products in this category? The first thing to note is that it’s plugged up to AC power, meaning there are no batteries. The downside here is that it might be hard to put directly under a sink. Eve Water Guard includes a 6.5-foot cable that acts as a sensing cable. Where other products can only cover an area that’s a few inches wide – Eve Water Guard can cover a 490-foot area. I find it very useful for snaking the cable under a washing machine or under a dishwasher where you have plenty of power access and have a potential for a leak in multiple areas.

Eve products can be used without needing a secondary app. The Eve App is great, but it’s only needed for firmware updates. Everything with Eve is 100% local and private. Setup is simple: unbox, pick your country power adaptor, plug up the cable, and then plug it into the wall. The HomeKit code is on the bottom of the product, but Eve also includes a QR code on the instruction manual. Once it’s added to your network, you’ll pick a room, and then it’s up and running. If you stopped there – you’re in pretty good shape. When there’s a water leak detected, the Home app will send you an alarm. You can take it a step further and configure a product like Eve Energy to turn off appliances when water is detected through a HomeKit automation.

Overall, the new Eve Water Guard is a nice upgrade over the original with the new Thread support. A HomePod Mini is required to operate a Thread network, and then Eve Water Guard functions as a router node to enhance your smart home’s stability and reach. If you’ve got one of the originals up and running, it’s not worth replacing today unless you’re looking to go all-in on Thread as quickly as possible. If you don’t have anything in place to prevent water damage – I highly recommend you consider getting something in place as soon as possible.