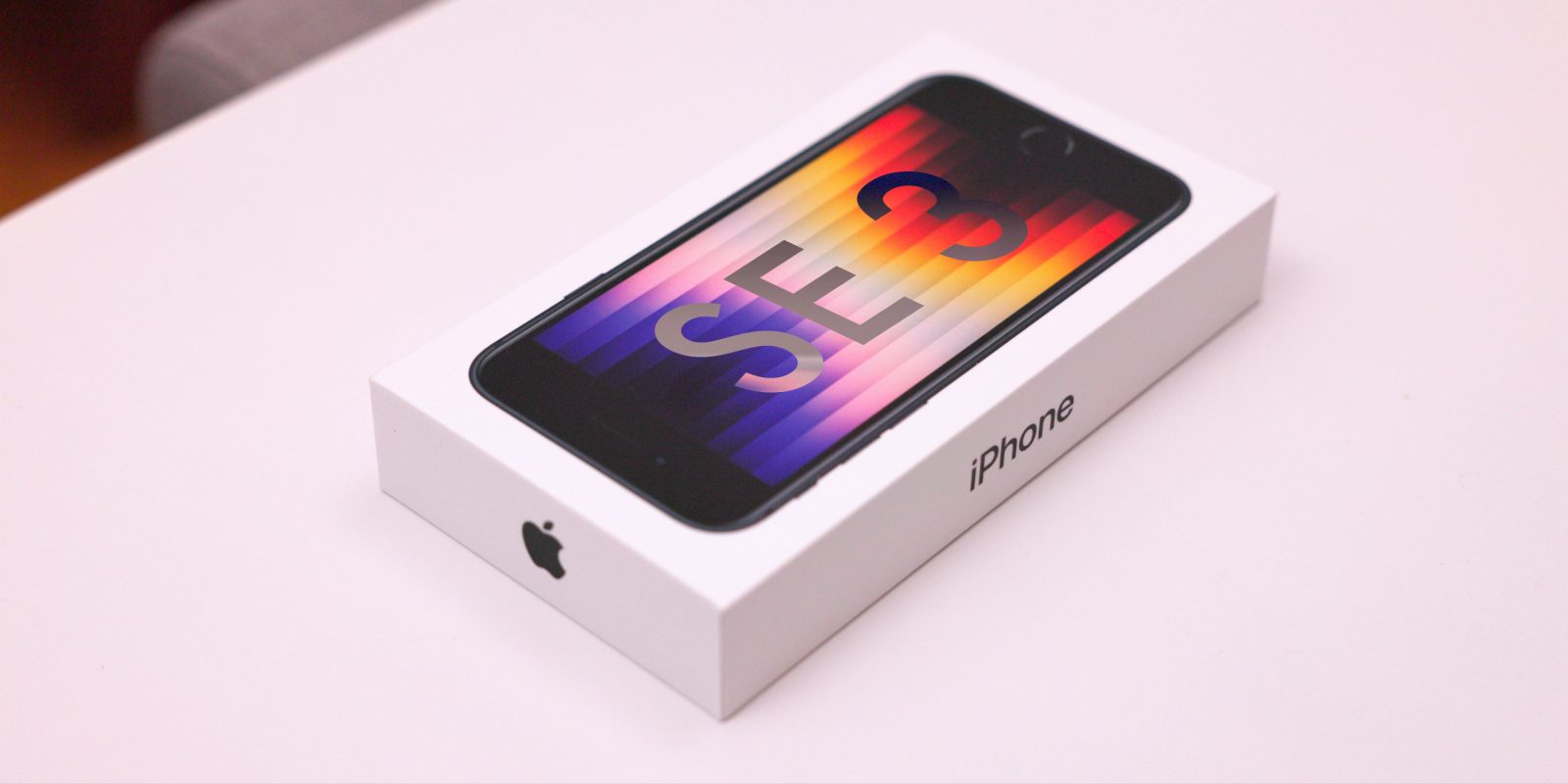 Heading into the weekend, all of Friday’s best deals are headlined by a pre-paid iPhone SE 3 promotion with bundled AirPods 3 and a $200 gift card for $429. That’s alongside the first discount on Belkin’s new 15W MagSafe Kickstand Charger and a Satechi Easter weekend Apple accessory sale. Hit the jump for all that and more in the latest 9to5Toys Lunch Break.

Visible Wireless is ending the work week today by rolling out the best iPhone SE 3 promotion yet. Having just launched back in March, right now you can score the pre-paid iPhone SE 3 64GB in all three colors with Apple’s latest AirPods 3 and a $200 gift card of your choice for $429. You’ll need to port over a phone number, and then stay subscribed to the service for three months in order to lock-in the sale. That’s the best option out there right now for those who don’t want to be locked into a two-year plan and the best value to date, too.

Apple’s latest budget-friendly iPhone this time around arrives as the SE 3. Still sitting within the body of the iPhone 8, the refreshed handset has an updated array of components centered around the A15 Bionic chip. That enables plenty of firsts for the SE lineup, like all of the new photography functionality like Cinematic and Night modes on its dual 12MP camera with Deep Fusion. There’s still the Home Button design in lieu of Face ID, as well as a 4.7-inch LCD display that rests around it. You can get a better idea of what to expect from the handset right here.

Amazon is now offering Belkin’s new 15W MagSafe Kickstand Charger for $51. Normally fetching $60, you’re looking at the very first discount on this new release alongside the best price to date. Launching earlier this year as one of the first third-party MagSafe chargers actually capable of dishing out 15W speeds to an iPhone 12 or 13 series handset, Belkin’s model arrives with some extra premium features to justify the higher-than-Apple price.

For starters, there is a kickstand built into the back of the charger that lets you prop up your handset while it refuels. That’s alongside a braided nylon USB-C cable for some extra durability. Plus you’ll find some other Belkin MagSafe accessories from $25.

Satechi is heading into Easter weekend today by launching its latest sitewide sale. This time around things are a bit different than past savings events, with two different savings tiers depending on how much you spend. All orders will lock-in at least 15% in savings, but anything over $100 will be 20% off. Including all of the brand’s signature Apple accessories for the latest iPhones, iPad, and Macs, you’ll find plenty of different add-ons for refreshing your workstation or charging setup.

Amazon is now offering the SanDisk Extreme Portable 2TB External USB-C NVMe Solid-State Drive $227.99 shipped. This one regularly fetches $350 at Best Buy where it is currently matched. After sitting in the $290 range or more for most of last year, it has regularly been available for between $240 and $250 this year at Amazon. Today’s deal is the second-best price we have tracked outside of a brief stint at $200 on one of the best portable SSDs on the market.

After going hands-on with the pro model, it’s safe to say the standard edition on sale today is likely the best bet for most folks with a 1,050MB/s transfer rate, USB-C and USB 3.2 Gen 2 support as well as a handy carabiner clip loop. This EDC storage is housed inside of a rubberized exterior with 2-meter drop protection, IP55 water and dust resistance alongside 256‐bit AES hardware encryption.

Amazon is now offering the Emerson Sensi Touch Smart HomeKit Thermostat for $126. While you’d more regularly pay $169, today’s offer amounts to the second-best price of the year at within $4 of the 2022 low.

Spring weather is officially here and Emerson’s smart thermostat arrives with a discount in tow to help keep your home comfortable. Compatible with Siri, Alexa, and Google Assistant out of the box, this is one of the more versatile and platform-agnostic solutions on the market. And living up to its name, this model also arrives with a touchscreen display for monitoring or adjusting temperatures without getting a smartphone or virtual assistant involved.