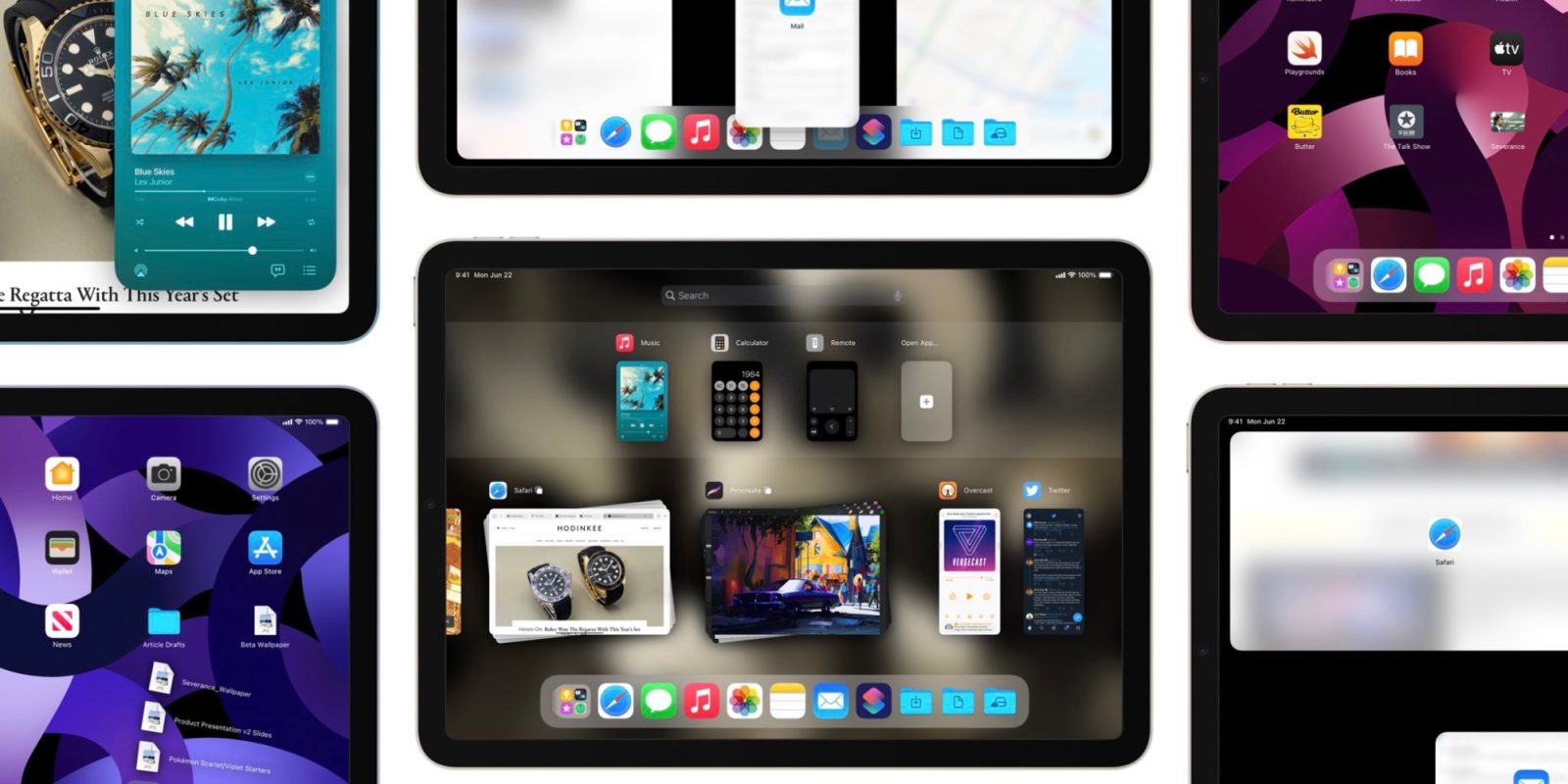 Apple will unveil the first version of iPadOS 16 a few weeks from now at the WWDC 2022 keynote. While we know little about the upcoming iPad operating system, users are still waiting for an improved version with a focus on pro users. With two iPad models using the same chip as the Mac, a concept imagines how Apple could finally revamp iPadOS with update 16.0.

Parker Ortolani shared on his Twitter a few ideas on how Apple could improve iPadOS 16. The designer imagines Apple taking “multitasking to a whole new level” with up to four apps side by side.

Plan that perfect trip with Safari, Mail, and Maps. Build that amazing presentation with Keynotes, Pages, and Numbers. This is iPad, like never before.”

For this concept, Parker imagines an improved version of Split View by dragging and dropping apps or using the multitasking menu. With new app layouts, users could take advantage of more apps in different views as well.

Apart from iPadOS 15’s App Library, iPadOS 16 would feature a Mission Control so users could organize open app windows like piles of cards for easier access and, for the first time, open new app windows with a tap.

One of the best ideas of this concept is Popover Apps, which would make applications be opened in a free-floating window without occupying a larger part of the screen.

For iPadOS 16 Home Sreen and dock, Parker gives a bold idea of adding favorite music, podcast, books, shows, files, and more right to your home screen or dock, just like you can do on macOS.

All sorts of content from Apple services can be added to your home screen alongside apps and they each have distinct shapes to set them apart.

You can see Parker’s full concept by clicking the tweet below. You can also take a look at our previous iPadOS 16 concept here and Bloomberg’s Mark Gurman’s wish for a “pro mode” for the upcoming iPad operating system here.