An open letter to Apple: Will it publicly stand behind the use of Final Cut Pro in TV and film? 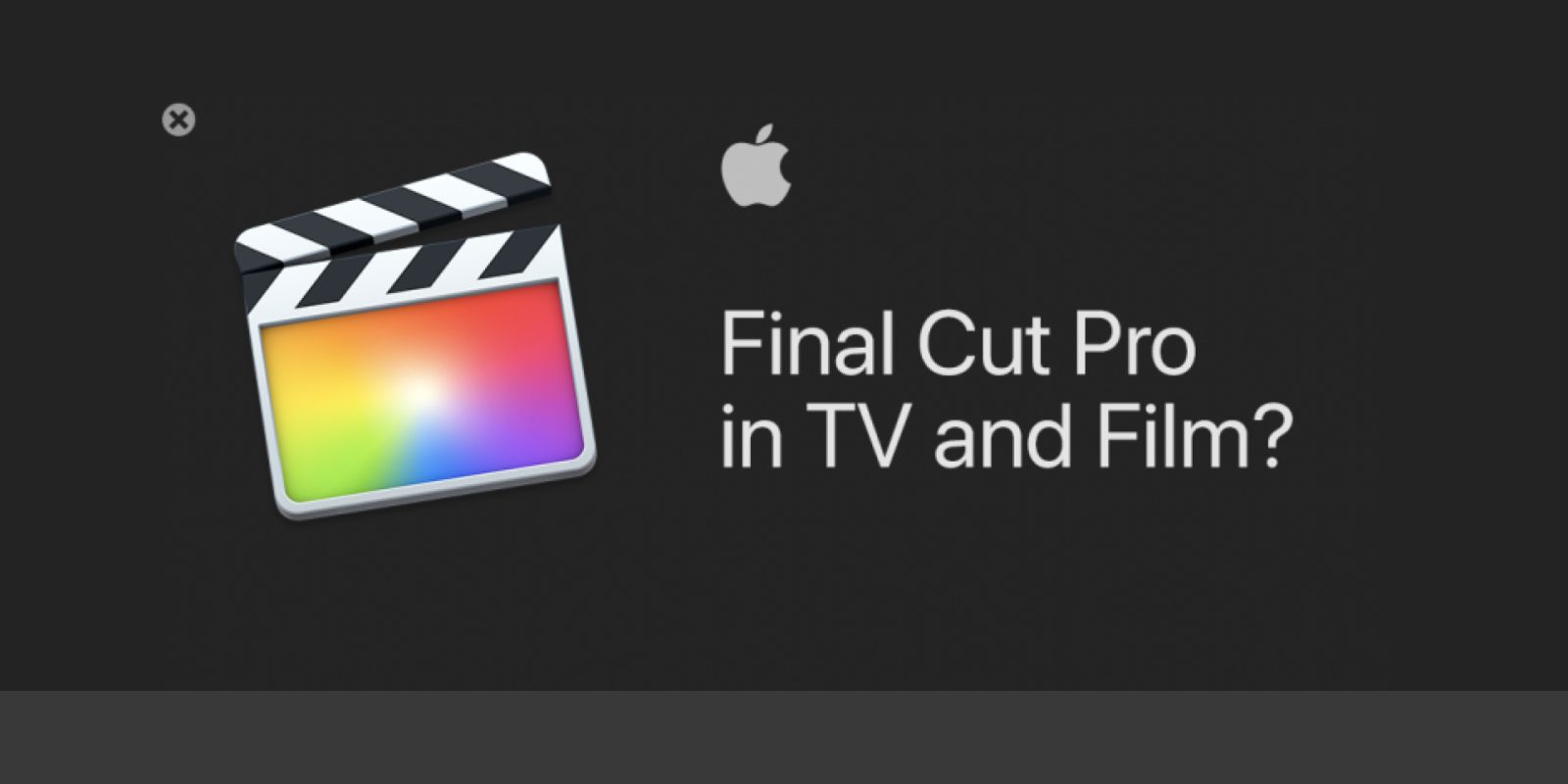 Back in 1999 the first version of Final Cut Pro was revealed at the NAB show in Las Vegas. 23 years later, with the 2022 NAB show in Las Vegas just days away, a collective of editors are backing an open letter to Apple CEO Tim Cook seeking improvements to the popular NLE. The open letter asks Apple to do a better job of promoting Final Cut Pro publicly, along with adding a few remaining features that are needed for wider industry adoption.

While Final Cut Pro is very popular among the education world, YouTubers, and other small businesses, it’s less likely to be used for TV shows and movies destined for popular streaming platforms, and even more unlikely to be the NLE of choice for major Hollywood productions. The reason for the slow adoption is multifaceted, but it largely stems from the lack of industry-standard workflows and integration, along with insufficient promotion within industry circles.

One of the biggest shortcomings for Final Cut Pro users is the lack of deep integration within the existing framework of the Hollywood industry. For example, post-production departments worry about transfer issues involving relinking tracks, naming, etc. These are issues that were present on older versions of the software’s controversial 2011 reboot as Final Cut Pro X (Apple last year dropped the ‘X’ from the name, and once again calls it Final Cut Pro), but have been resolved via a steady diet of updates.

Another thing sorely missing are collaboration features, something that third-party software has addressed in a lot of ways, but is still missing as a native feature. Even something as simple as accessing the same media library simultaneously is still not possible with Final Cut Pro’s current database structure.

Perhaps most importantly, many professionals and industry decision-makers don’t view Final Cut Pro as a viable NLE solution, which couldn’t be further from the truth. One such example of a film edited in Final Cut Pro is ‘The Banker,’ starring Samuel L Jackson, which also happens to be an Apple TV+ exclusive. Apple hasn’t done a good enough job promoting this amazing software within Hollywood, and thus there is a lack of familiarity with its current feature-set and capabilities.

Here are a few of the comments from those in the industry that signed the open letter:

“In France, it is extremely difficult to get permission to edit TV with Final Cut Pro. You can’t use it without fighting producers, directors, post-production supervisors, sound editors, etc…”

“I think it would make a big difference for workflow consultants, systems integrators and third-party developers if there was a public Beta program for Final Cut Pro. Apple already do it for iOS, macOS and even Safari. It would make Final Cut more reliable and make it much easier for people to fit Final Cut into their plans for the future.”

“The two main reasons why I am often not allowed to chose my favourite editing application, which is Final Cut Pro are: 1). Collaboration! Editing big productions needs collaboration. Different users have to be able to access the same library at the same time. There is no way around this. Avid Media Composer does it and even DaVinci Resolve does it. Apple still targets the single user. They have to change that. That will change everything. 2). Many professionals do not know how Final Cut works. They are afraid of it, even regard is as ‘iMovie Pro.’ I hear that all the time in my business. This perception really has to change.”

Steven Sanders, editor in chief of of the Fox TV series ‘War of the Worlds’ season 3

The bottom line is that a lot of editors prefer to use Final Cut Pro due to its modern workflow, ease of use, and how fast it is. Simply put, Final Cut Pro is a lot more enjoyable to use when compared to software like Avid Media Composer with older architecture and concepts. Final Cut Pro is just really fun to use and extremely malleable when editing both large and small projects.

The main takeaway is that Final Cut Pro lacks the respect it deserves in the industry because of missing collaboration and integration features. As amazing as the Pro Apps team has been over the last decade, essentially rebuilding Final Cut Pro from the ground up into the powerful NLE that it is today, there is still a lot of remaining work to be done.

On a small level, I’ve long advocated for many features and enhancements within Final Cut Pro, and I think the Pro Apps team is definitely listening. But more needs to be done in order to change the minds of the decision-makers within key areas of the industry. Apple could also do a better job at marketing within those areas.

Will this open letter result in changes? That remains to be seen. But the message is pretty clear: Apple needs to do a better job of courting the industry.

There is a lack of trust among key decision-makers that makes it appear as if Final Cut Pro is incapable of the tasks at hand. In some areas, such as collaboration and integration, the critics aren’t necessarily wrong.

The goal of this open letter is to make more people within the industry take Final Cut Pro as seriously as they do Avid Media Composer. Obviously, as demonstrated by the last decade, that will not happen overnight, but Apple needs to put its weight behind these goals to give the process the additional momentum that it needs.

What do you think about the direction of Final Cut Pro over the last decade? Do you think this open letter will result in changes? Sound off down below in the comments with your thoughts.