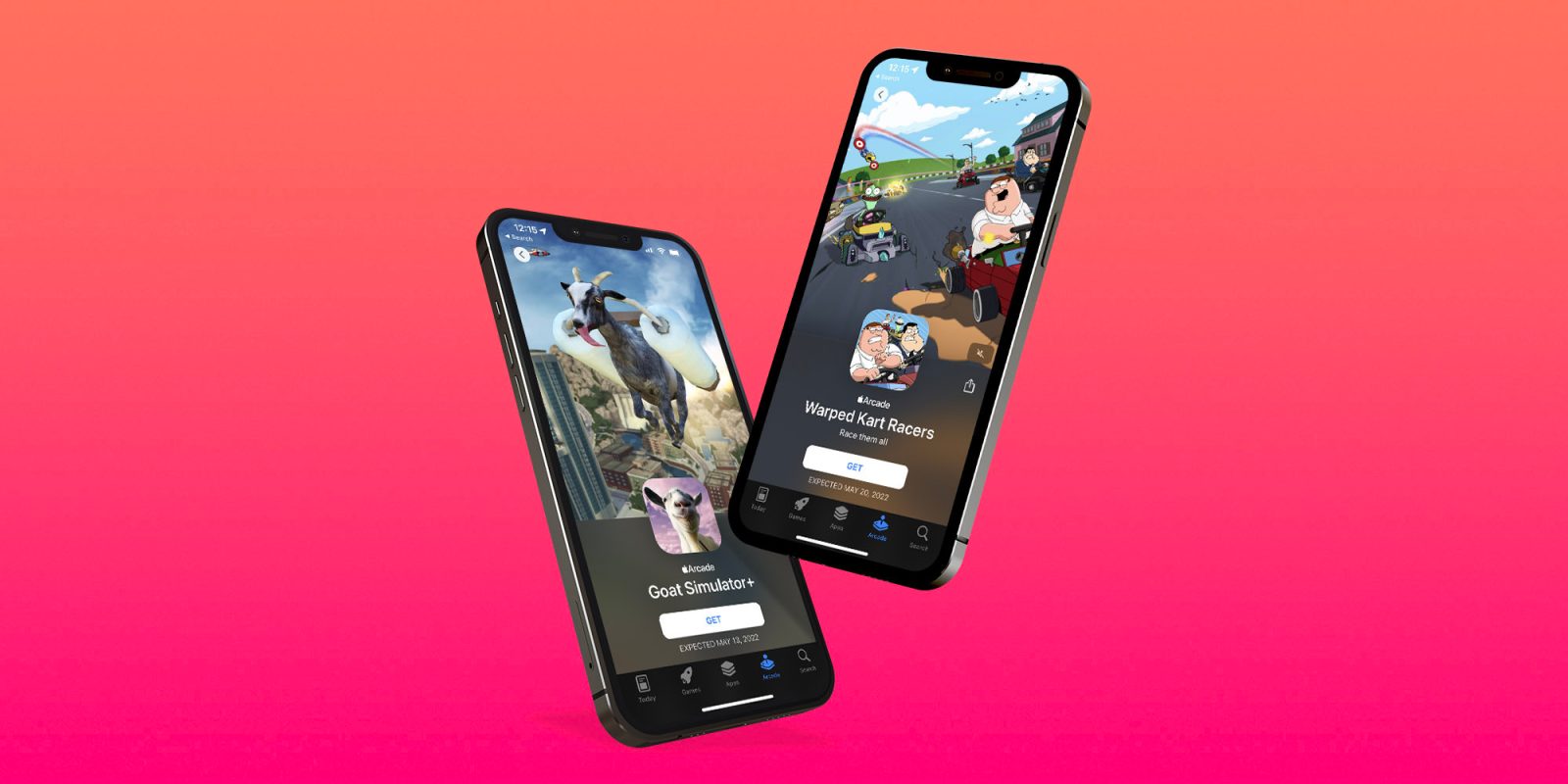 Upcoming additions to Apple Arcade have been announced today. The cult-favorite Goat Simulator is on the list as well as the all-new Warped Kart Racers featuring characters from Family Guy, King of the Hill, American Dad!, and more.

Spotted by The Verge, Apple added four new games to its list of upcoming titles for its gaming service.

Badland Party is launching on May 6, the popular Goat Simulator+ is arriving on May 13, and Pro Darts 2022+ is debuting at the end of the month on May 27.

Along with the fresh Badland title, an all-new game making an Apple-exclusive launch is Warped Kart Racers which features 20 characters from Family Guy, King of the Hill, American Dad!, and Solar Opposites.

The game features race and battle modes for both solo and multiplayer action across 16 different maps.

Check out a look at the Mario Kart-style racer below and you can sign up to get the new game as soon as it arrives on May 20 on the game’s landing page.

And check out everything that’s available on Apple Arcade in our full guide: