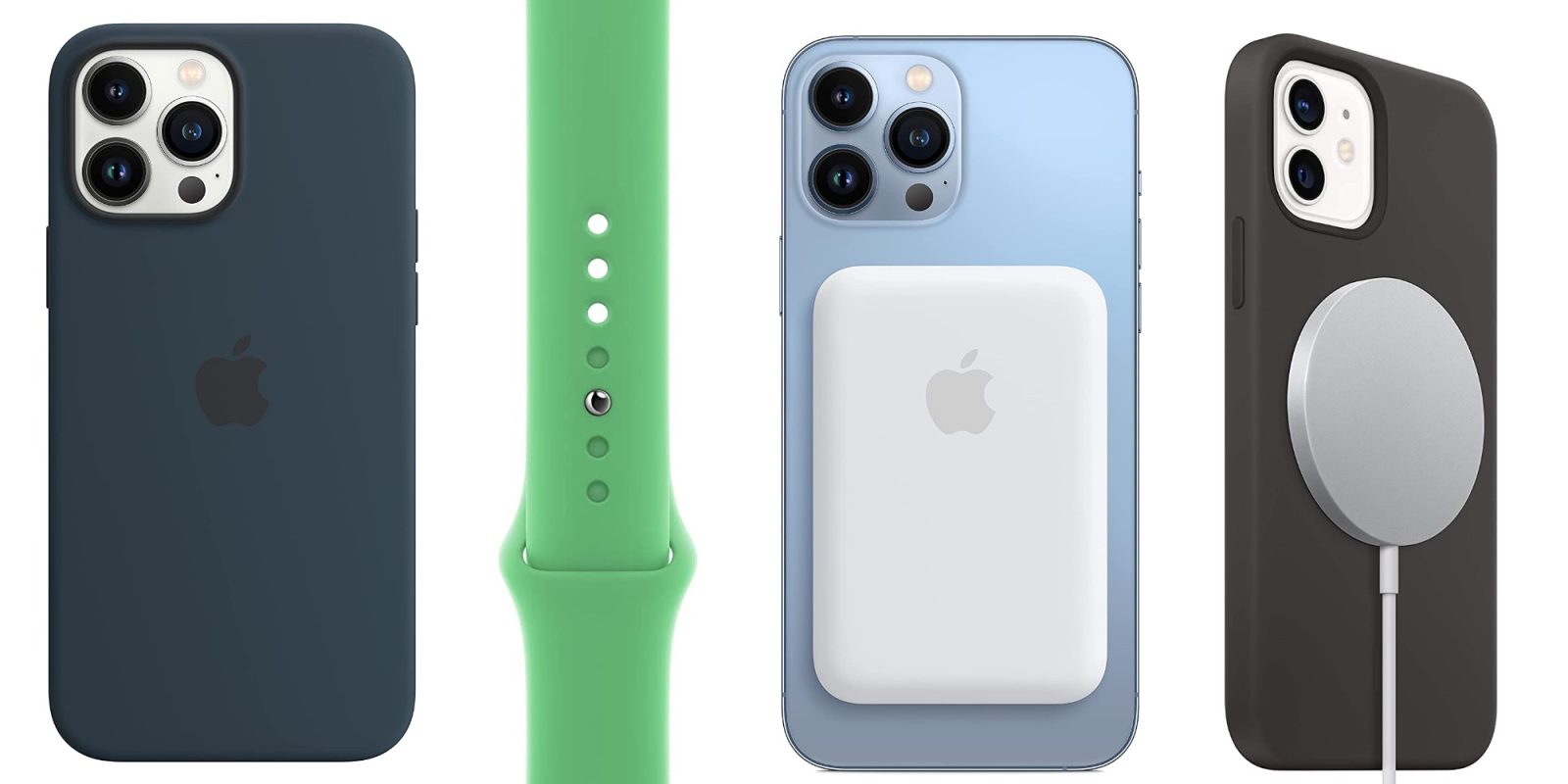 Heading into the weekend, all of today’s best deals are headlined by a 30% off official Apple accessory sale at Amazon that’s joined by the first discount of the year on MagSafe Duo. That’s on top of Satechi’s 20% off weekend sale. Hit the jump for all that and more in the latest 9to5Toys Lunch Break.

Amazon is heading into the weekend by launching a new official Apple accessory sale. Right now when adding two items from this landing page to your cart, you’ll save 30% off one of them. Pricing drops at checkout. Including everything from the latest MagSafe accessories and official iPhone 13 series cases, you’ll also find already discounted items, gear for the Apple Watch, and so much more. Many of these official accessories will drop to some of the lowest prices yet period, or at the very least will be the best discounts of the year so far.

It doesn’t matter if it’s two of the same charger or a pair of case styles, the savings will be applied nonetheless. Though it’s worth pointing out that the 30% off will be applied to the lower cost item of the two. So if you’re looking to really maximize the savings, that’s worth keeping in mind. Be sure to shop everything eligible right here.

Amazon is now offering the Apple MagSafe Duo Charger for $110. Normally fetching $129, this is the very first discount of the year at over $18 off. On top of being a new 2022 low, this is also the best we’ve seen since back on Black Friday, as well.

Bringing MagSafe into a 2-in-1 package that’s as convenient for a streamlined nightstand charging setup as it is for taking on-the-go, MagSafe Duo can refuel your iPhone 12 or iPhone 13 at 15W speeds. There’s also a built-in Apple Watch charging puck which can pop out to charge your wearable in Nightstand mode. While compatibility with iPhone 13 Pro isn’t up to the usual execution we’d expect from Apple, MagSafe Duo will work with both the latest and previous-generation handsets. Get a closer look in our hands-on review.

Satechi takes 20% off entire stable of MagSafe chargers and more

Not letting Belkin hog the spotlight, Satechi is launching a new Mother’s Day sale today that’s taking 20% off its entire selection of wireless charging products. Leading the way is Satechi’s Dock5 Multi-Device Charging Station at $48. Down from $60, you’re looking at a match of the second-best price throughout the year and the lowest in months.

This multi-device charger from Satechi delivers a space to refuel up to five different devices at a time to tame your entire kit of Apple devices. Dock5 kicks things off with an integrated 10W Qi pad as well as dual – USB-A slots and a pair of 20W USB-C ports to round out the package. I loved it in my original review from a year ago, and still use it every day now.

Save on Eve’s latest HomeKit Thread gear, more from $40

Amazon is now discounting a selection of Eve smart home accessories headlined by the all-new Eve Room Air Quality Monitor with Thread at $75. Normally fetching $100, today’s offer amounts to 25% in savings while delivering only the second discount to date. It’s also a match of the all-time low.

Much the same as the original version, Eve Room delivers all of the same air quality monitoring and HomeKit support as before, just with Thread integration built in alongside Bluetooth connectivity. With an E-ink display packed into its aluminum frame, you’ll find temperature and humidity tracking on top of being able to keep tabs on airborne particle readings. Dive into our launch coverage for some additional info and then check out all of the other Eve deals from $40.

Alongside a collection of official accessories from Apple, Amazon is now discounting a selection of OtterBox cases. Our top pick this time around is the OtterBox COMMUTER iPhone SE 3 Case at $18. Down from $30 (though you’ll pay $40 direct from OtterBox), today’s offer is the best since the iPhone SE 3 was revealed earlier this year, the second-best discount of the year, and lowest in over 4 months.

OtterBox’s COMMUTER series provides plenty of protection to your handset, and in this case Apple’s new iPhone SE 3. It features a dual-material construction that pairs a rubbery inner cover with harder outer shell. Alongside port covers, there’s also a raised lip around the front to keep your screen scratch-free when resting on a table. All that without adding too much bulk into the mix, either.