Twitter shutting down TweetDeck for Mac on July 1, here are alternatives to the web 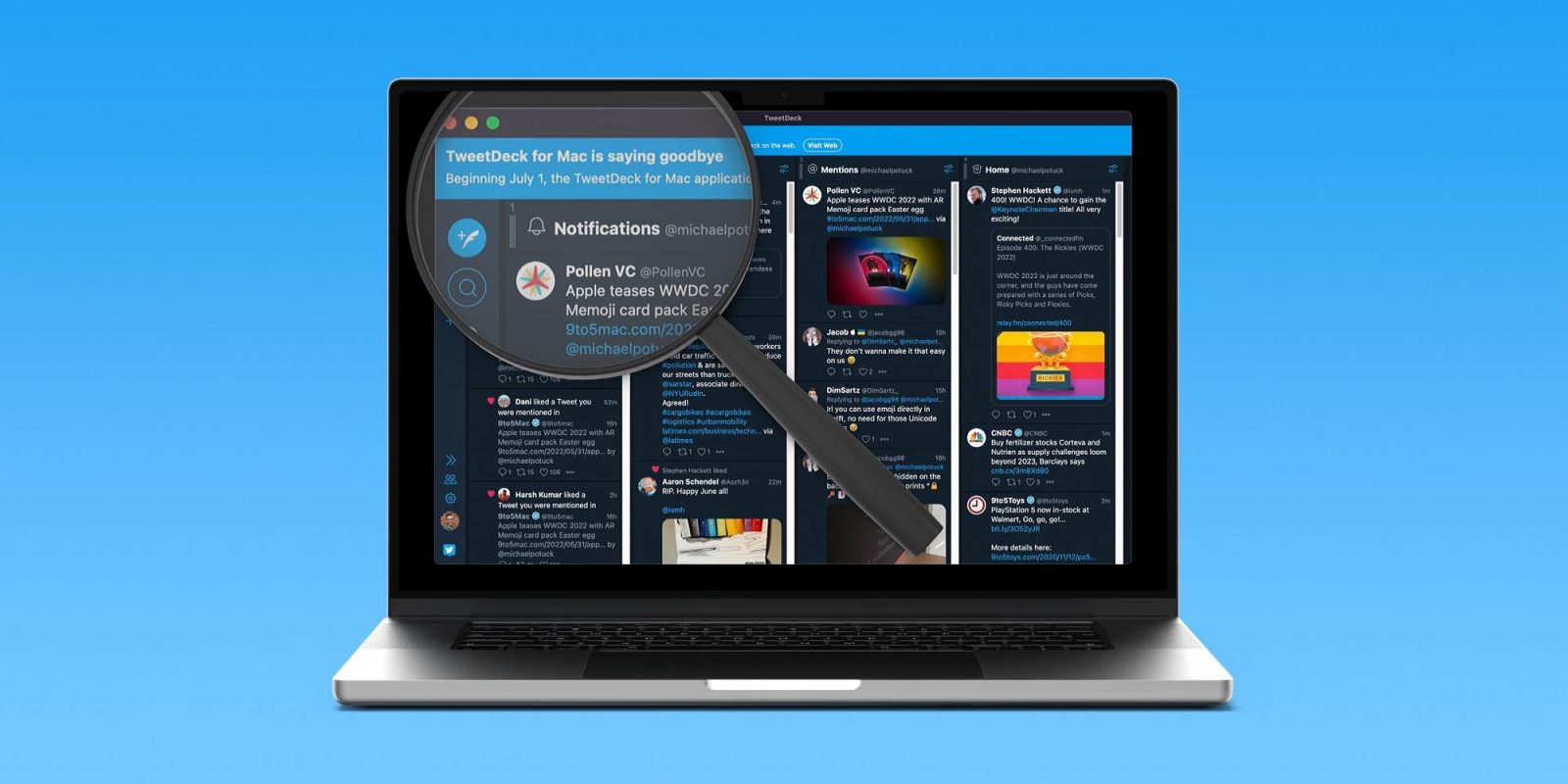 When launching the TweetDeck for Mac app today, Twitter has started placing a blue banner at the top warning users that it will only be available for one more month.

Twitter doesn’t appear to have included a dismiss option for the warning, only a “Visit Web” button.

TweetDeck also tweeted the news but didn’t share more details other than the decision was made to “focus on making TweetDeck even better and testing our new Preview.”

TweetDeck for Mac just got an overhaul last year (reviewed) that brought it in line with the web version. At the time, the company admitted the app hadn’t been getting “a lot of love” and that it was an example of “a Twitter-owned and operated service that we will continue investing in.”

Another strange part of the abrupt cancelation of the TweetDeck Mac app is that it shouldn’t require any maintenance effort for Twitter since it’s a website wrapper implementation.

However, it could be part of a potential move to make TweetDeck a paid feature part of Twitter Blue:

What looks like a solid alternative to keep using a native Mac app is Tweeten (h/t Simon Bisson). It’s based on TweetDeck so you get the powerful, column-based interface. It’s also got lots of customization, interactive notifications, support for multiple accounts, scheduled tweets, advanced search, and more.

Convert TweetDeck for web into a Mac app

Another solution for those who don’t want to run TweetDeck in a browser alongside other tabs, etc. is creating a Mac app from the web version.

Unite for macOS lets you do just that. Plus the app allows you to customize websites as you convert them to Mac apps with light or dark mode, as well as window, title, and color control.

Another option from Developer BZG is Coherence X. It lets you turn any website into a Chromium-based isolated, native Mac app. That means you can use Chrome, Edge, Brave, or Opera.

You can try both out for free before buying the software.

It will then be saved in “Chrome Apps”: