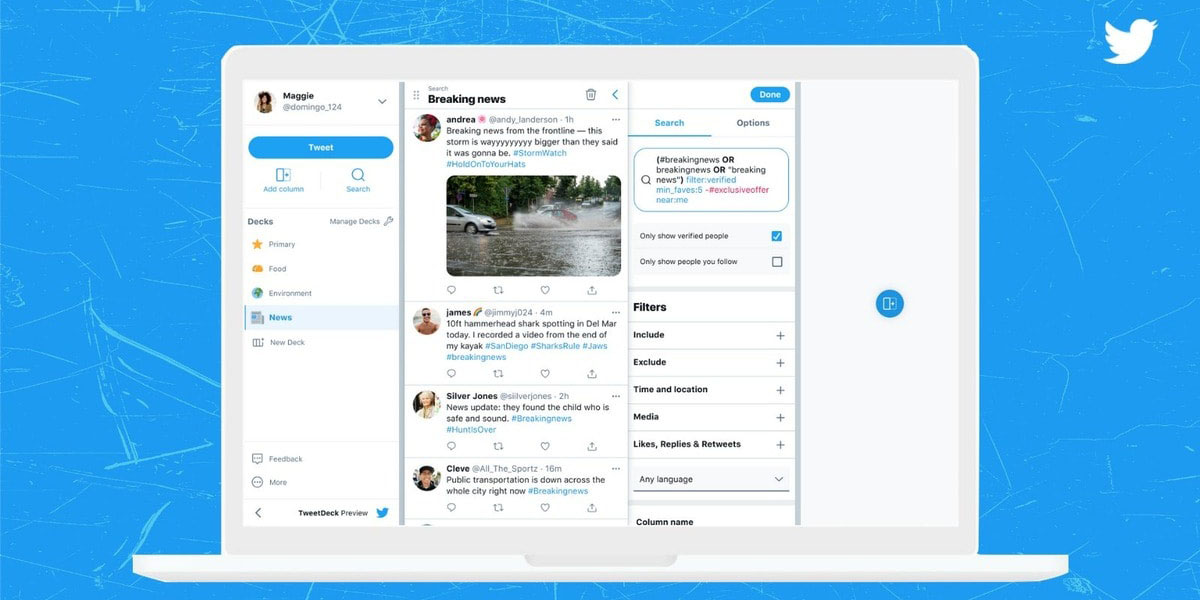 Code found in the latest version of the TweetDeck app suggests that it may soon require a Twitter Blue subscription, which currently costs $2.99 per month.

Tweetdeck is a popular way for social media professionals and power users to manage multiple accounts. It also provides the ability to create distinct feeds for users whose tweets you don’t want to miss, as well as tweets with particular keywords …

The new @TweetDeck might become a paid feature, exclusive to @TwitterBlue subscribers according to the code I’ve come across in the app

It’s not the first time we’ve encountered the possibility of TweetDeck requiring a paid subscription. Back in early 2021, when the Twitter Blue subscription was under development, it was speculated that TweetDeck might be part of the package. That didn’t happen at the launch of the subscription service, but was seen as a potential later move.

It’s likely that professional Twitter users wouldn’t even blink at paying a relatively low monthly fee for access to TweetDeck, but individual power users are a different matter. Subscription fatigue – where a bunch of individually low monthly fees start adding up to significant amounts, and people start questioning the value – is likely to be a significant factor here.

There could be some good news, however. First, TweetDeck is currently only available in a handful of countries, so Twitter monetizing it could at least incentivize the company to roll it out more widely.

Second, it appears that there may be a way to avoid the fee. While Twitter is currently testing a significantly more powerful version of the app, and it is that version which is likely to require a paid subscription, Manchun notes that she also found a link to a “legacy version” of the app. Twitter maintaining two versions would imply that the less powerful one (that is, the current app) may be free.